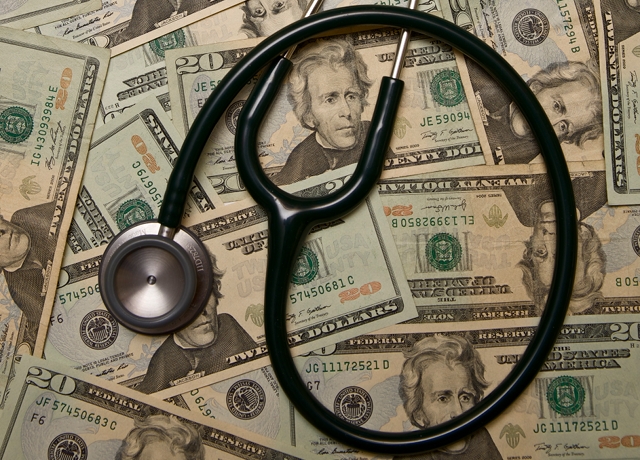 It has been almost 149 years since the American Civil War ended, and although progress has been made in the land of the free and the home of the brave, secession still has a peculiar way of revealing itself. The United for a Fair Economy’s (UFE) 11th annual State of the Dream report, entitled “Healthcare for Whom? Enduring Racial Disparities,” exposes the 25-state coverage gap. Many of the states in the report were once part of the Confederate States of America. Inspired by Dr. Martin Luther King, Jr., the 54-page report was written by Brian Miller, the executive director of United for a Fair Economy. Miller believes that there is a state-by-state attack on Obamacare, which will widen the health insurance coverage gap for people of color and low-income Americans in these 25 states.

“It’s bad enough that communities of color face additional health hazards and stressors,” said Miller. “Now we have politicians around the nation trying to block health insurance coverage that would have otherwise been extended to millions of low-income Americans.”

The Affordable Care Act, signed into law by President Obama on 23 March 2010, created a national Medicaid minimum eligibility level of 133 percent of the federal poverty level ($29,700 for a family of four in 2011) for nearly all Americans under age 65. Effective on 1 January 2014, states had the option to expand coverage with Federal support. However, according to the recent State of the Dream report, 25 states—all but three headed by Republican governors—have chosen not to expand Medicaid coverage to low-income adults (two of those 25 states have waivers pending and plan to expand their Medicaid programs after 2014).

Miller wrote in the report that nearly five million Americans are affected by the 25-state coverage, and most of those who are affected are people of color. Among the 25 states that have chosen not to extend Medicaid coverage to low-income adults are Georgia, Tennessee, Mississippi, Texas, Louisiana, Virginia and Alabama, all of which seceded during the Civil War.

In a press release published on the UFE’s website last month, Dollie Hambrick, of Alabama Arise, a group working towards fully expanding Alabama’s Medicaid program under the care act, said, “We have a history in Alabama of enacting laws and policies that favor wealthy residents, while ignoring the needs of the underserved. On top of that, our leaders have a long-standing resentment of the Federal Government. Those factors have been huge barriers to implementing the Affordable Care Act in Alabama, but the people we meet in rural communities and low-income urban neighborhoods have had enough.”

The 2014 State of the Dream report is broken down into four sections, including The Unfinished Struggle for Racial Equity, Healthcare for Whom?/Disparities in Healthcare, The Racial Divide Today––By the Numbers, and Building The Dream––An Organizer’s Toolbox. The report sheds light on the disparities that low-income families, minorities and undocumented citizens face that hinder their access to affordable healthcare. The report includes a look at racial division in access to higher education, homeownership and wealth, unemployment, and income and poverty.

“As long as we depend largely on employers to provide health insurance, our healthcare system will simply reflect the vast racial disparities of employment,” explained Miller. “People of color, who are often relegated to low-wage, part-time, and temporary jobs that offer little or no health insurance, are the ones left behind in such a system. The ACA’s Medicaid expansion attempts to address this shortcoming, but the real fix is to move to a universal, single-payer system.”

In 1966, Dr. Martin Luther King, Jr. said in a speech to the Medical Committee for Human Rights that “Of all the forms of inequality, injustice in health care is the most shocking and inhumane.” This quote inspired the State of the Dream report, which presents current data proving disparities within America’s healthcare system. In the report there are numerous striking graphs, but there is one in particular that is an eye-opener. The report includes information about the states where large populations of African Americans reside, but are refusing the ACA’s Medicaid expansion. Among the southern states that have chosen to expand the Medicaid program are Arkansas and Kentucky.

The report revealed that African Americans make up 13 percent of the U.S. population, but account for 27 percent of those who will be excluded from the care act as a result of the GOP’s 25-state coverage gap. According to the report, the disparate impact on African Americans is in large part a result of conservative states in the South, where many Blacks reside, rejecting the Affordable Care Act’s Medicaid expansion. It also stated that Latinos make up 15 percent of the population, but account for 21 percent of those who fall through the new 25-state coverage gap. Over one million of the nearly five million who will go without health care because of the 25-state coverage gap live in Texas, a state that is 38 percent Latino. Florida has the second largest Latino population of the 25 states choosing not to expand coverage.

While Massachusetts remains a prototype for universal healthcare throughout the nation, other states are gearing up to adopt a new single-payer system. In 2017, Vermont is scheduled to launch Green Mountain Care, which will provide health insurance to all residents, including undocumented immigrants who work in the state’s many dairy farms. Residents will be able to easily access this program online.

The State of the Dream author, Miller, stated that if every state fully implemented the Patient Protection and Affordable Care Act (the ACA, or, “Obamacare”), it would extend healthcare coverage to roughly half of the 50 million uninsured individuals in the nation by 2016. This number represents the 14.7 million people who will get their insurance through the new health insurance exchanges and an additional ten million people who will get health insurance through the expansion of the Medicaid program in all 50 states and the District of Columbia as called for in the ACA.

The State of the Dream report not only provided useful data regarding the nation’s healthcare system; it also offered an “organizers toolbox.” The organizers toolbox is a series of interactive workshops that organizers can use at local worker centers, union halls, church groups and community groups to spark dialogues concerning race and economic inequalities.

“The fight today is over implementation of the Affordable Care Act, and ensuring that as many Americans as possible get health insurance,” said Miller. “But long-term, we need to look at the real underlying causes, break up concentrated poverty, and begin promoting a more broadly-shared and inclusive prosperity. That’s the movement we hope to support with this report.”