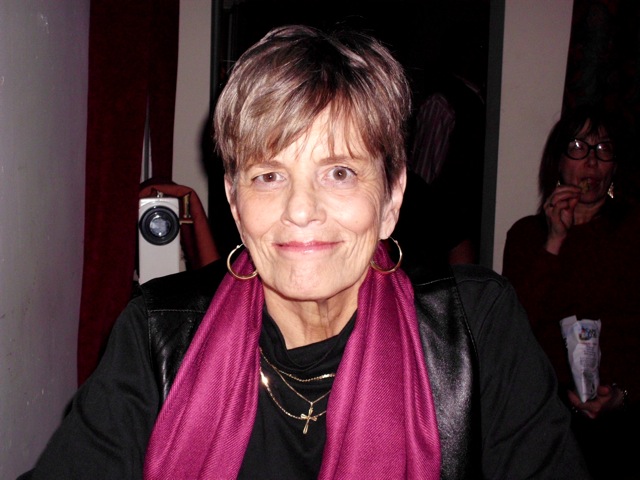 Someone once stopped me from taking my life by telling me his story, and I was encouraged to start giving back. Much has been given to me.

I am 66 years old, and I am happy. Eleven years ago I married my soul mate. In January, I retired from a wonderful job I held for 15 years. Life is good. I discovered that sometimes God/Higher Power/Life saves the best for last, so it is really worth it to hang around to see what happens next.

That was something I had to learn for myself.

Thirty years ago, I decided to stop using alcohol and illegal drugs. I was out of control and my life, as they say, was unmanageable. But not as unmanageable as it became about a year or so later, when all the pain that I had been self-medicating to hide bubbled up. My life quickly fell apart. I developed major depression, an eating disorder, a self-mutilation habit and a suicidal streak that kept me in a mental hospital for the better part of a year. My self-hatred was so great that I couldn’t relate to other people, I stopped talking, and I was convinced I was invisible. The irony was that I had just finished graduate school and gotten a Ph.D., a motorcycle, and a great job. It didn’t last long. Despite my employer’s understanding and generosity, I had to quit. I went on SSDI, where I remained for about seven years. I had a 100 percent disabled-for-life classification, and it was only luck that kept me from being locked up in a state hospital for the duration.

I came from a multiple-alcoholic family with mental illness, homelessness and drug abuse on the side. All of my childhood trauma came to a head when I got sober. I hated myself. I cut myself off from other people entirely. I tried several times to kill myself; I only remember three times, but according to the hospital where my stomach was routinely pumped, there were more. Several courses of ECT wiped out much of my memory of that time.

What I do remember is the slow, painful process of getting better. I got a new, young doctor who kept me out of the state hospital and eventually guided me to wellness. We tried all kinds of drugs, but it was Ritalin that made the most difference. It allowed me to talk, which meant I could engage in therapy and start dealing with my feelings. I also found a counselor who re-parented me. She did for me the little things my mother could not do. For example, when I got married, she helped me pick out my wedding dress. She loved and supported me, and helped me with medical appointments. I tried multiple types of therapy; self-help, behavioral modification, nutrition, and psychiatry. I took every suggestion I was given in order to get better. But the most important thing was the decision I made to say yes to any new opportunity, regardless of how scared I was. That decision put me in contact with a peer network that really saved my life by teaching me that I was okay just the way I was. That concept was revolutionary, after being the identified problem for 50 years.

The Massachusetts Rehabilitation Commission, my state Vocational Rehabilitation agency, helped me find the job in their offices. It took several years of being among people with and without disabilities to assure myself that I really wasn’t invisible. And because I worked in an office that helped people with disabilities, people were, for the most part, understanding and encouraging.

I remember sitting on my front porch, on those long slow days on SSDI, wondering if I’d ever get out of my rocker and have a life. I had to wait until I was in my 50s, but I feel like I’m fully engaged now. I can remember the pain that I could not stop by any means, that drove me to try to take my life, but now when I feel down or afraid I can talk about it. I have people to talk to. I meditate, I exercise, I go to meetings, I take medication; I’m high maintenance. But I’m alive, and very happy to be so.