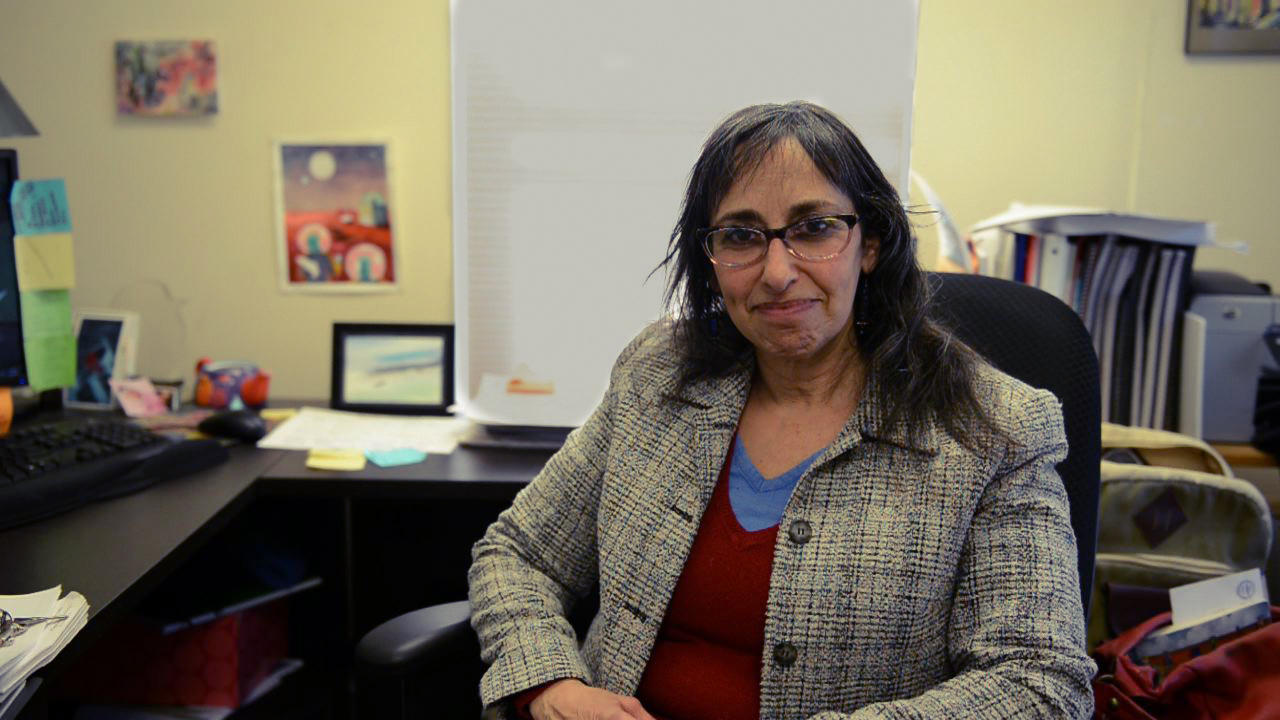 Esohe Omo rolled the stroller holding her 18-month-old daughter, Sindy, through the doorstep of the Young Adult Resource Network (YARN) building in Dorchester.

She visits YARN every week to meet up with some friends and fellow foster youth to eat some dinner or ask the life coaches for help finding a place to stay.

“I get a lot of help,” said Omo. “When I need stuff in my place: dishes, soap, they help me with that. They help with job applications, with the baby…”

In a pencil skirt, blouse, and hot pink lipstick, Omo said her job interview at TJ Maxx in Downtown Crossing went well. Omo is hoping to find a job soon because in a couple years she will lose the Department of Children and Families services she has had for most of her life.

For now she lives in a comfortable, suite-style homeless shelter about an hour outside the city, but soon she will have no guarantee of a place to stay.

To prepare for this, Omo continues to fill out dozens of subsidized housing applications.

“It’s difficult because they don’t reply to you back so you don’t know what’s going on,” she said. “I just want them to respond to me. That’s my big issue.”

With the average wait for a housing voucher lasting six to eight years, there is a good chance she will not hear back for a while.

Boston’s resources for the homeless, already stretched thin, work against the young-adult foster care population. At the vulnerable age of transition from youth to adulthood, it is difficult for them to find stability.

Many of these youth have few people to depend on. They couch surf, live on the street, end up in prison or stay in adult shelters.

In 2011, DCF extended foster care to young adults in Massachusetts from age 18 to 22 to help alleviate this problem. That allowed many young people to remain in their foster or group homes. DCF worked with youth who could not get a spot in a group home to search for other forms of housing.

While extending DCF’s services has been a step in the right direction, the lack of availability and expensive rental prices has made housing the most difficult hurdle in stabilizing these youths’ transition to independence.

Taryn Marino, senior life coach at YARN, maneuvered the thick binder full of subsidized housing options over to her desk. “We try to encourage youth to exhaust all areas – to go through, call all these places – but it’s a daunting task,” she said. “It’s really hard to navigate the system. It’s really hard to understand it, and the waitlist is really long.

The non-profit child and family services agency Home for Little Wanderers created YARN in 2010 to help youth transitioning out of DCF care. Marino is a friend and mentor to many young people referred to the program. She says housing is the biggest problem for them.

“You have to keep track of where you apply and if you move you need to contact all the places you applied to because they communicate through mail… [I]f they can’t get in touch with you, you’re off the list and they move on,” she said.

Because of the high demand of subsidized housing, many young people have to turn to shelters. This past year, shelters in Massachusetts filled to capacity so the state started funding motels. Boston has more than 90 adult and family shelters listed on the homelessshelterdirectory.org website. However, there is only one youth shelter, Bridge Over Troubled Waters. It has 12 beds.

Adult shelters do not like mixing with the youth population, and Marino says young people are scared of the adult shelters anyway. “Their stuff has gotten stolen, there’s severe mental health issues,” she said. “They don’t want to admit they’re homeless.”

DCF Director of Adolescent Support Maureen Messeder recognizes the housing difficulty in Boston, especially due to the cost. She said many young adults are hesitant to live outside of the City because they lose all their connections.

Regulations require DCF to help prepare young people for their new living situation 90 days before they transition out of care. They may refer the young adults to YARN for services or work with them to go over the list of group housing, shelters, colleges, jobs or other means of support.

The agency started the Youth Transitioning to Success Program in 2010 to help some young adults with the cost of housing. It helps young people between the ages of 18 and 23 pay their rent to allow them to save some money for future costs. In its first year, the program pays 80 percent of their rent. The second year is 65 percent, then 50 percent for the third year.

So far, the new program serves 20 people, according to Messeder. They hope to increase the number of participants each year.

The Home for Little Wanderers also took a step further and started creating their own housing for young people in the form of a group home.

Roxbury Village in Roxbury opened in 2012. It is the first and, so far, only group home dedicated to helping young people aging out of foster care in Boston. It houses 8 people with 150 applications waiting in line

Roxbury Village started because the Home did not have any resources for youth over 18.

“They kept coming back to our programs,” said Renee Yourk, Director of Business and Strategic Partnerships. “They were living on the streets, living on someone’s couch, they had to drop out of school. So our program director said, ‘We have got to do something about this.’”

The Home saw this need for housing and decided to start Roxbury Village.

“There’s not enough funding in the homeless world … It’s a zero-sum game,” Yourk said. “If you are a federal agency and you have X amount of money to serve the homeless, Are you going to use that money for a homeless family of 4 or 5 or are you going to serve an individual? Where’s money better spent?”

After several advocacy campaigns and lobbying, the Home received a 3-year grant and enough private funds to start the pilot program.

According to Yourk, it is going great so far. But now, with the grant money gone in a couple years, the Home for Little Wanderers is struggling to sustain the Village.

On top of that, Yourk says it is not possible to make another group home like Roxbury Village in less than three to four years.

That means the 1200 to 1500 young adults between the ages of 18 and 21 in foster care who may be looking for housing in Boston soon, will have to look elsewhere for now.