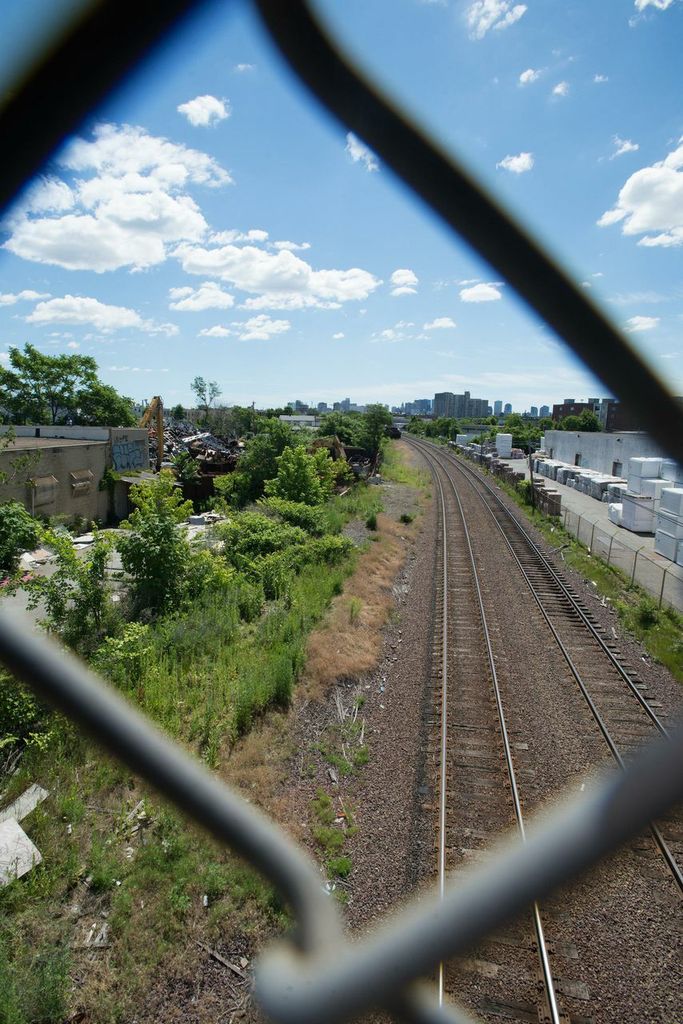 Photo By Jack Adams. Union Square where the new T station is being built.

It’s 7:30 on a sticky Tuesday morning in mid-June. The bus is packed with teenagers studying for exams and finishing homework. Windows are cracked and hot air blows in, moving the stagnant air. Droopy-eyed professionals move aside as the bus approaches School St., allowing students to exit the bus and start their day, alleviating the school bus feeling of the 88 to Lechmere Station.

These students are just a few of the 1,256 students who attend Somerville High on Highland Avenue. The student body collectively speaks over 50 languages, and Somerville High has double the state average of ethic groups. For generations, immigrants have chosen to settle in Somerville because of the low housing costs and close proximity to Boston. Today, however, the strong ethnic diversity that Somerville is known for is at risk from increasing living expenses.

According to Danny LeBlanc, a 37-year resident of Somerville and CEO of the Somerville Community Corporation, the city of Somerville has seen drastic changes since the late 1970s when he moved to the area. Back then, Somerville was filled with low-income and working class families, and a multitude of abandoned buildings. Today, buyers and developers are more interested in the area than ever, due to the green line expansion, causing rents to skyrocket.

“West Somerville began to change dramatically, especially in the aspect of housing, when the red line expansion opened in the mid 1980s,” said LeBlanc. “That’s going to happen around all the new green line stations; it’s already started happening in places like Union Square.”

LeBlanc and his team at Somerville Community Corporation are working to keep places where low to mid-level income families already reside. Most recently, they completed 31 affordable hosing units at St. Polycarp Village, and are waiting to hear about state funding for a new 35-unit development with ground level commercial space in Union Square. They are also working toward creating hiring agreements for new jobs that move into Somerville for low-income residents, like the ones that will be available in the shops and restaurants of Assembly Square, so as rents rise, they can stay in their community.

The average rent in Somerville is $2300, which is higher than the Boston Metro average of  $2290, according to Zillow.com. The average home listing is $459,900, which is nearly $9000 more than the rest of the Boston Metro area. In a report released in February of this year by the Metropolitan Area Planning Council and Somerville Community Corporation, rent near the new green line MBTA stations could increase as much as 67 percent in some areas.

“Today, it’s hard to find a condo you can buy for less than half a million dollars,” said LeBlanc.

Stuart Dash, the Director of Community Planning for the city of Cambridge, said it faced similar challenges after rent control ended in Massachusetts in 1994. While an inclusionary housing program was created in 1996 that required 15 percent of new housing developments to be affordable housing, the city still struggles to keep Cambridge affordable for all its residents.

One challenge Dash sited was working with expiring use properties from the 1960s federal program that provided low interest loans for owners who agreed to build affordable housing and keep it affordable for 50 years. Now that those agreements are expiring, many housing owners are opting to buy out of the program in order to sell the units as condos.

Christina*, a 37-year-old business owner and Cambridge resident, is now a homeowner thanks to the efforts made by the city of Cambridge to provide affordable housing options. After having her mortgage denied just weeks before she was scheduled to move in to a one-bedroom unit through Just-A-Start, an affordable housing lottery nonprofit, the city of Cambridge stepped in to find her a unit. Six months later, she was placed into a different unit near Alewife. At $800 a month including condo fees, her mortgage is lower than rent would be for an apartment of the same size in the area.

“Cambridge is convenient and diverse and this program is like a stepping stone for people,” said Christina. “The point of it is your income is low to get in, and ideally it’ll increase and then you’ll move out and the apartment will go back into the system. It’s really helpful.”

In order to qualify for the housing lottery, Christina had to take a first time homebuyers class, make $42,000 or less as a single person, and have a certain debt-to-income ratio. She also had to make a 5 percent down payment.

“I feel like there’s a very specific audience that can do this. There are probably a lot of people who make $42,000 or less, but how many people also have enough savings to make the down payment?”

During her first lottery attempt with Just-A-Start, which was halted due to her mortgage being denied, she recalls she was the only native English speaker of the recipients and that none of them, herself included, were Caucasian. The other 12 units were occupied by people who are natives of Bangladesh, Pakistan, Iran and Indonesia.

Christina’s affordable housing program is set up in a way where the part of her mortgage payments that go toward her principle, plus her down payment, will come back to her when she sells her condo back to Cambridge housing.

According to Dash, newer units in Cambridge tend to go between $300 and $400 per square foot. Rent for a comfortable studio tends to be around $1500 per month and for a 700 square foot one bedroom, which is slightly larger than what Christina owns, normal rent is around $2000. With the recent influx of tech start-ups and larger companies, such as Google, into Cambridge, Dash isn’t surprised that rent is becoming less affordable as better jobs come in.

“Cambridge is a microcosm of what you’re seeing and hearing about in other cities in the US, like New York and San Francisco, where there’s an increasing amount of people who are wealthier,” said Dash. “We’re trying to hold the line for people who have very low income.”

Hannah Zipple, 28, grew up in Somerville and agrees that as far back as she can remember, Cambridge has always seemed wealthier and better educated than her hometown. Her parents moved to the Winter Hill neighborhood from Cincinnati, OH before she was born so her father could attend graduate school in Massachusetts. Zipple, who also attended Somerville schools, including Somerville High, recalls it being extremely diverse.

“When I was younger I had a lot of friends whose parents spoke Portuguese or Creole, and my next door neighbor’s parents were from Jamaica,” said Zipple. “It was kind of cool being around different languages and people from different places; the charter school I went to really prioritized learning Spanish from kindergarten on.”

However, according to LeBlanc, Somerville High doesn’t reflect the population of Somerville since so many parents put their children in private schools. Only in the past 20 to 25 years have the majority of immigrants in the Somerville area been people of color. Historically, primarily working-class families have inhabited Someville, but it was almost completely white during the 1960s and 1970s. While LeBlanc moved to the community after college, his children attended Somerville High when Haitian and Latino families starting moving into the city.

“There was quite a rough period of time that actually correlated with some of the racial change that happened in Somerville,” said LeBlanc. “I think native born Anglo kids and kids of color have gotten a whole lot more used to each other in the past 20 years or so.”

Families who have immigrated and started new lives here are the ones the Somerville Community Corporation hopes to aid in the coming years as rent increases due to the area becoming more attractive to younger and wealthier individuals and families because of accessibility to downtown. While there is a push to keep the residents there who already live there, LeBlanc admits when areas become wealthier, crime tends to decrease.

“As Davis Square has up-scaled I think it makes sense that there’s been a decrease in the crime rate,” said LeBlanc. “It’s a tough pill to swallow when the cost of improving the crime situation is to create an environment where low income people can no longer afford to be.”

While he thinks it will be difficult to keep housing affordable in Somerville when the green line expansion opens, LeBlanc feels there’s still hope. He hopes that there’s time to figure out the affordability situation before diversity is lost. The orange line Sullivan Station stop in East Somerville is proof that it’s possible for a subway to not change an area. While the area around Sullivan Station is close to downtown and completely accessible, it remains a very diverse neighborhood. While LeBlanc feels the green line may not be an automatic trigger in a lot of areas of Somerville, the trend will be pushing a lot of residents out to affordable living situations in Medford and beyond.

“I think the real big question is will we be able to continue to enjoy the same diversity in the population we have today,” said LeBlanc. “I think quite widely it’s agreed that that’s a hugely wonderful feature of Somerville today and we think it’s at risk economically, to be honest.”