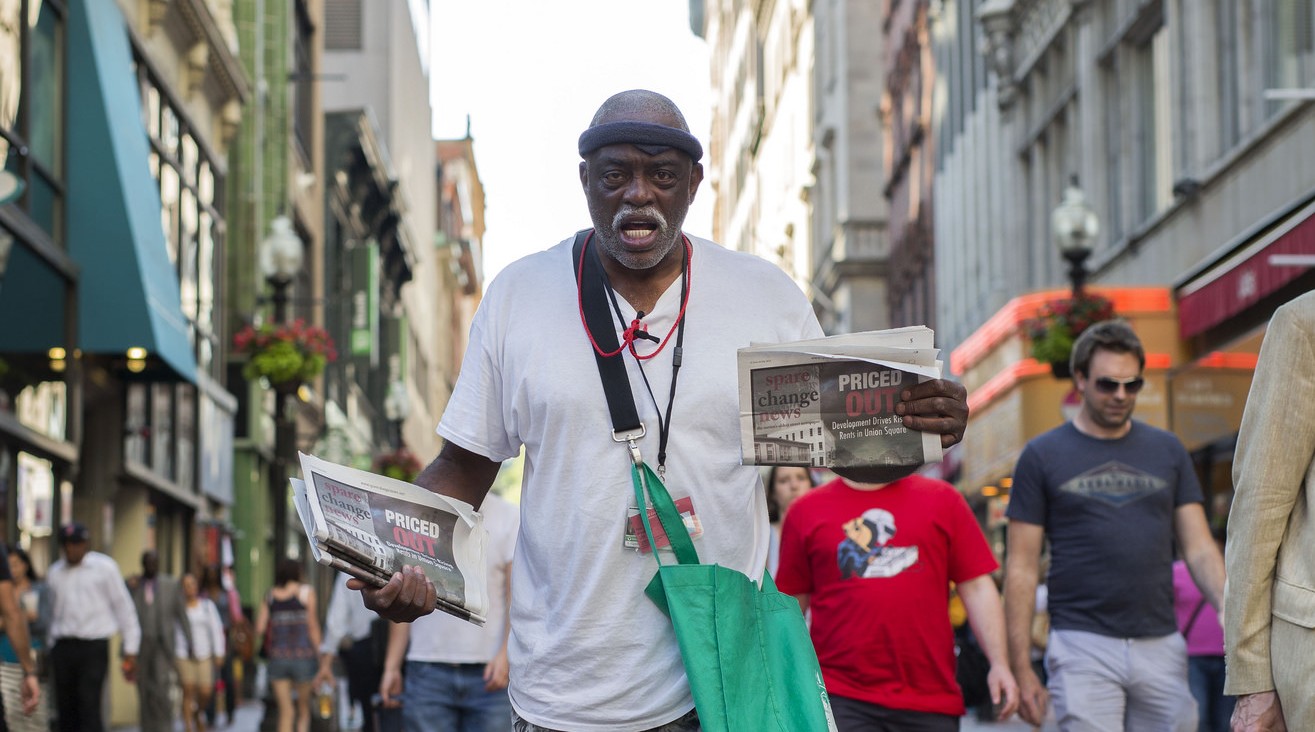 BOSTON, Mass.—At homeless shelters throughout Boston on Thursday, 19 June 2014, dozens of volunteers handed out over 1,700 backpacks designed to support life on the streets. The CITYPAK Project, High Sierra, and Boston Healthcare for the Homeless partnered to carry out this initiative.

The CITYPAK project is the brainchild of Chicago-based businessman and philanthropist Ron Kaplan. In 2011 Kaplan sought to design a safe and dignified way to carry belongings—“a way to make life on the streets a bit easier,” Kaplan states.

With this vision, Kaplan reached out to the design team at the international adventure travel gear manufacturer High Sierra, which at the time was a privately owned family company. They developed backpacks with a variety of specialized features including sternum and load bearing straps, reflective webbing strips, anti-theft protection and an integrated rain poncho. Kaplan then designed modifications based on feedback from a test group comprised of Chicagoan homeless men and women. “The ongoing goal,” reads The CITYPAK project’s website, “[is]to design and provide a useful, high quality backpack for the homeless.”

Since its inception, The CITYPAK Project has distributed over 10,000 backpacks to people experiencing homelessness throughout the United States including Chicago, IL Boulder, CO, Maui, HA, Austin, TX, and San Jose and Venice, CA.

This past June the CITYPAK project made its way to Boston – its first east coast distribution site. Boston was chosen, Kaplan comments, largely due to the Mansfield, MA-based Samsonite LLC purchase of High Sierra in 2012. His organization distributed the backpacks at six health fairs, all held on June 19. They partly served as incentives to encourage attendees to take advantage of on-site health services.

Four health fairs were held in the mornings at New England Center for Homeless Veterans, St. Francis House, Wood Mullen Shelter, and Jean Yawkey Place and two in the afternoon at Pine Street Inn’s Women and Men’s Shelters. The health fairs were organized and staffed by Boston Healthcare for the Homeless.

One of CITYPAK’s main goals at these events was to connect homeless people with much-needed resources and services. Carrie Eldridge Dickson, of Boston Health Care for the Homeless, indicated that this goal was realized and that the event was an overall success. Attendance at the fairs was high, the backpacks were positively received, and Dickson recounted several stories of people receiving important exams and treatments.

“There were many people who we’ve seen before and many new faces,” commented Dickson.

Towards the end of the morning the Jean Yawkey Place was so flooded with people, distribution of the backpacks became the primary goal. Nevertheless, many attendees were able to receive health screenings and exams as well as health education and resources including vital signs readings, dental and eye exams, dermatological screenings, HIV testing and nutritional counseling. Volunteers also distributed information about drug overdose prevention and the anti-opiate Narcan.

Information about overdose prevention and the anti-opiate Narcan wereas also distributed. Dickson commented that information about Narcan was imperative due to the general rise in heroin and opiate use in the area.

The driving vision behind the CITYPAK Project is to use multifaceted approaches to distributing backpacks, such as utilizing multiple distribution sites and incentivizing a variety of resources. This approach is meant to mirror the complexity of homelessness as a societal issue.

“We don’t pretend that it’s any kind of solution to the complex issue of homelessness, but it’s something we can do to make a small difference for individuals who are in this difficult situation. In addition, it provides an opportunity to continue the important dialogue about hoe our communities can best help our homeless neighbors,” Kaplan says.