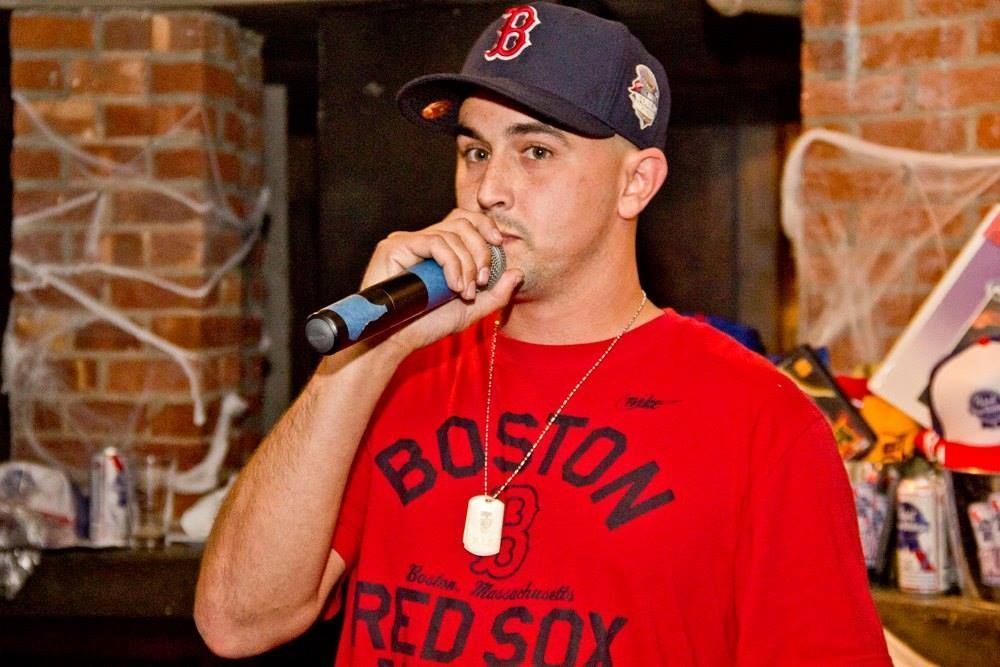 “I have a real bad history—I’m not a bad person, every crime I’ve ever committed was while I was on drugs.”

“Any struggle makes you stronger if you overcome it,” Matt Ganem tells me. The man who sits across the table looks calm and collected, prepared to discuss his successful job, happy and healthy children, and award-winning poetry. It is almost impossible to see the man he was just eight years ago: homeless, alone, and addicted to heroin.

“I’m an addict, father, and a poet,” Ganem describes.

Today Ganem works full-time as the Outreach Coordinator at Wicked Sober addiction treatment facility in Arlington, MA, to help others with recovery, build a better life for his children, and spare himself as much time as he can to write, perform, and host open mic events.

“The hands of failure grab hold of me/Choking me/Exposing the broken me/Of what I was supposed to be,” –Matt Ganem “More Than a Memory”

“The one thing that doesn’t judge you is a piece of paper,” Ganem says about rediscovering his passion for writing. At a time when he had hit rock bottom only to then suffer through the mental and physical pains of detox, his love for word manipulation and metaphors came through for him.

“My coping mechanism became writing it out,” he continues, “I need to get this off my chest—it wasn’t about anything else.”

He kept his writing private until just before a candle light vigil for a good friend; he was called on to read a poem in front of family and friends. He recalls the paper trembling in his hands outstretched in front of him so he couldn’t see the faces in the crowd. But at the end he remembers, “people kept telling me ‘I really related to that’.”

His success built quickly; he soon signed a deal with a book publisher and a contract with CNN. As per one of the stipulations, he would have to perform live, and rather than back down from a challenge, Ganem chose to practice his skills by speaking at open mics across Boston.

What began as an exercise has now become an incredible following of fans who know Ganem’s true essence, his past, and his present. These people have been touched by his positivity; they have taken his inspiration to heal themselves by standing up to their own fears through discovering their own passions and keys to sobriety.

“And it all started because I got the false hope of a book, “ Ganem says with a laugh.

The publisher put Ganem’s collection on the back burner, but that only pushed him to take matters into his own hands. He continues to get his poems out to any open ear and published his first book, The Shadow of an Addict, in April of 2012 with the Boston-based company J-Rock Publishing.

“Even though the writing is pretty negative, it’s a positive message that I’ve been clean for 8 years and if I can do it you can do it,” Ganem says of his writing. “I write how I would say it…I try to capture you with the voice and assertive delivery…I want to make you think and leave an impression.”

Ganem’s voice and message come through clearly in his written poetry, performances, and daily work.

“We are trying to take a different approach to helping people and getting the word out. Promoting positivity around recovery,” Matt describes.

His position at Wicked Sober is another means by which Ganem shares his message of positivity around recovery out to the public. Owned and operated by his childhood friend Mike Duggan, the center helps bridge the gap between the programs in place today and the ultimate goal of sobriety.

In addition to their recovery treatment services, he and Duggan seek to spread awareness surrounding prevention. Most recently they have been providing and educating about the controversial Narcan “stop overdose” drug.

“We gave out 20 Narcan kits at an event and got a call three days later that a mother had saved her 17-year-old daughter with the kit and training we gave her,” Ganem tells me.

Often parents, family members, and friends seeking to help their loved ones through the recovery process do not know the systems in place, legal steps one must take, and the mindset of the addict throughout the process. For their supporters and the addicts themselves, “sometimes it’s just good to have someone in your corner,” Ganem says.

Wicked Sober’s unique approach to sobriety seeks to add more personal elements into the mix of treatment centers and meetings, an aspectthat they believe are the key to shut the revolving door of relapse and recovery.

Whether it be sports, painting, writing, or anything else, Ganem says that “you want to find something that you enjoy, not just go to group and meetings,”

He cites several reasons for the recent spike in heroin overdoses in Massachusetts: more potent drugs, a decrease in funding for relevant programs, and a disconnect between the current system in place and the needs of those in recovery. But above all else, when discussing the obstacles in the way of preventing and treating addiction on a larger scale, he says, “we don’t have a voice.”

If you or someone you know is struggling with addiction, Call Matt Ganem, Outreach Coordinator at Wicked Sober at (855) 698-5056 or visit wickedsober.com