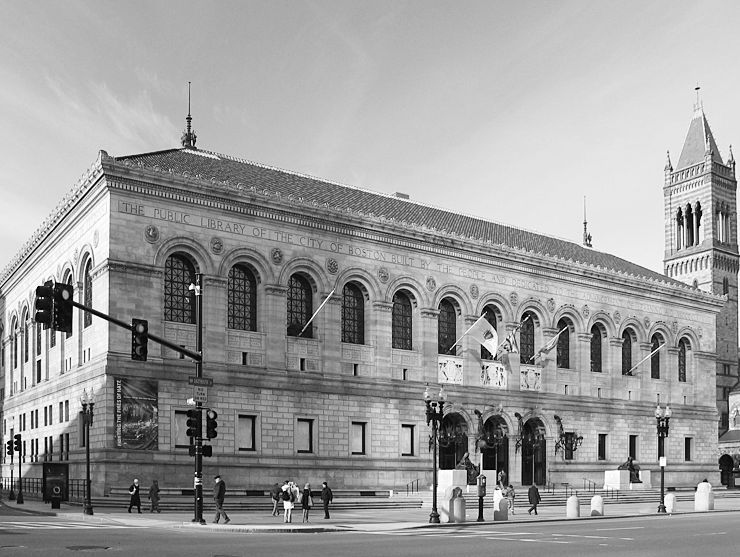 Concerts in the Courtyard

Wednesdays at 6pm and Fridays at 12:30pm

Hosted by the Boston Public Library Foundation, the Boston Public Library’s concert series is sure-fire way to enjoy the plethora of local musical talent. Only an hour long, it’s a great excuse to go check out that book you’ve been hearing about (looking at you, The Leftovers). Should there be inclement weather, the concert will be moved to Commonwealth Salon.

Headlined by Talib Kweli, the show will feature Boston’s own Clinton Sparks and R&B singer Shea Rose. Some of Boston’s best urban acts will be represented at the fifth annual BUMF. This is also a great opportunity to become aware of the important music and arts programs happening in the Greater Boston area. This event should not be missed.

Located at the waterfront, right next to the Boston World Trade Center, the ICA is great place to visit when exploring downtown. With the New England Aquarium and Boston Children’s Museum close by, not to mention the restaurants and bars in the area, the ICA is a must for any frugal connoisseur of culture.

With rave reviews by Improper Bostonian, Weekly Dig, and the Boston Phoenix, Improv Boston is the perfect place to hangout and close out the night. The Nightcap showing at 11:30pm comes right after a series of other shows throughout the night (with tickets mostly $10+).

Drawing in The Galleries at the Museum of Fine Arts

Take advantage of free admission to the MFA on Wednesday with this instructor-led drawing workshop. This opportunity to sketch live models and museum artwork is a fantastic way to sharpen up your artistic technique of choice with instructor supervision. Limited materials are available, so either get there early or bring your own equipment. Make sure to visit the Sharf  Visitor Center to find out where the group is when you arrive.

The two-day Boston “Ahts” Festival offers a showcase of over 60 local Boston artists and performers. After honing their craft the entire summer, this festival is the perfect place to get acquainted with cultural power brokers in the Greater Boston area, as well as discovering a new favorite performer (or performers!).

This all ages Summer Music Series at the Bella Luna Milky Way Lounge (now in its new location) has been running all summer, so if you haven’t made it there yet, make sure to attend for All of The Animals, a “funk/Hawaiian/fusion” band. If being a part of the series’ inaugural year for free isn’t enticing enough, there is an outdoor beer garden sponsored by Harpoon.

Summer in the City Entertainment Series at Boston Harbor Hotel

The Summer in the City Entertainment Series conveniently located at Boston Harbor Hotel offers a variety of choices for even the most nit-picky patron. Check out Summer Soul Tuesdays, Rat Pack Wednesdays, Blues Barge Thursdays and Classic Movie Fridays. Each night guarantees that someone you know will be interested in joining you—if just the fact that it’s free doesn’t do the trick.

Located in the community room at Hosteling International Boston (HI-Boston), this end of the month event is sure to crack your funny bone. Five Boston comics on stage for 10 minutes each offers just enough time to prepare for a night out downtown. You can also join in HI-Boston’s scheduled pub-crawl to Central Square.

The Shops at Prudential Center

Hosted by Magic 106.7, the Prudential Center Film Festival has been screening since July. If you haven’t had the chance to go, make sure to catch Finding Nemo on August 23rd and The Little Mermaid on August 30th. Films play at sundown, but activities and entertainment start at 6pm. Even if you forget a folding chair, there’s gift card and blanket giveaways before each film. And in the chance a showing gets rained out, it will be rescheduled to the following Wednesday, same time, same place.

Honorable Mentions (Because the Ferry is Expensive)

This Sunday head out to Spectacle Island for Jazz on The Porch with Mari Rosa, a multilingual jazz artist from Boston, from 12:30pm to 2:30pm.  And if that’s not quite your speed, a Digital Photo Walk runs from 1pm to 2pm around the island. While a camera isn’t included, an instructor will help you get the most out of the unique island landscape.

Ferries are available from 66 Long Wharf and costs range from $5 to $15 round-trip.

Berklee College of Music artists Bailey Taylor, The Georgia English Band, and Wambura Mitaru will be performing sets alongside a variety of lawn games like Cornhole, bocce, and horseshoes.