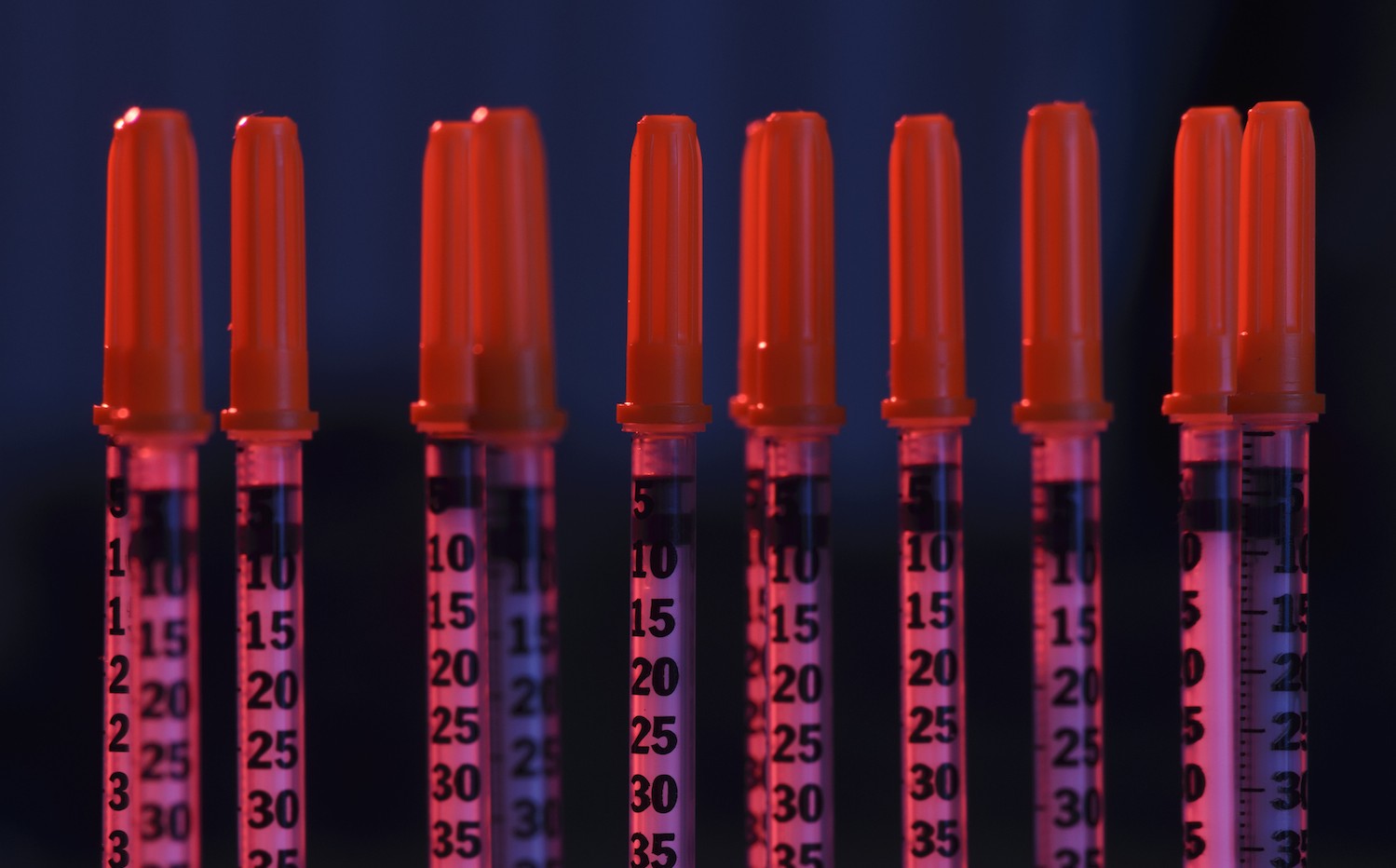 Sue wore a gray sweater and her hair was pulled back in a Red Sox cap. In her Boston accent she said it was the same outfit she wore a year and a half ago when she was released from prison. In her bag she saved some blue flowers that she brought home from her catering job as a culinary chef at East Meets West. As an avid decorator, Sue said she planned on making something out of them. It’s hard to believe that only a few years ago, drugs consumed her life.

“You forget it’s a big deal not to use [drugs] for one day because that was what my whole world revolved around,” Sue said. “If I use drugs, it would take about three days, everything will be gone.”

Susan now has a comfortable life with a place to stay and a good job. She knows all too well what will happen if she gives in.

“At one point I lived in a tent on the tracks,” she said. “I was a little crazy. So I had my tent, a hammock, my little milk crates at my table. People would put their smoke out and I’d say, ‘Hey, that’s my living room floor there’.”

Sue says her biggest fear is returning to those tracks. Although she’s been off heroin for three years, she knows how easy it is for the addiction to ruin everything she’s worked for.

Drug addiction affects millions of people and the consequences can completely transform a person. This past March, Gov. Deval Patrick declared a public health emergency in Massachusetts because of the rise in heroin addiction. He said overdoses have increased by 90 percent in the last decade.

“They start with pain pills which are in the same class of heroin, things like Percocet,” said Dr. Theresa Kim, associate professor and fellow at the Clinical Addiction Research and Education Unit at the Boston University School of Medicine. “For some people [taking pain pills] progresses to an addiction … Heroin is a lot less expensive. What’s happening in Massachusetts is what’s happening over a large part of the country.”

Homelessness was only one consequence of Sue’s addiction to heroin. She stopped at nothing to get the drug. She was even arrested for kidnapping.

“I stole a car that was running and the child was asleep in the back seat,” Sue said. She said she only wanted to take the purse in the front seat and hadn’t noticed the child.“Made the front page of the Herald — a little blurb on the bottom.”

That was when her parents first found out about her addiction. Her dad came to visit her in jail.

“That was definitely one of the most painful memories I have because at that time I sat literally across from him and he literally cried and my dad doesn’t cry,” she said. “It broke his heart.”

Sue has asked for her last name to be withheld because she doesn’t want her parents to know where she is. She hasn’t spoken or seen them for years. They still don’t know the reason she started taking drugs in the first place.

“I think it gets covered up in families. If you have someone who’s very sick, that person has cancer, diabetes, you have a certain response: empathetic,” said Dr. Kim. “If someone has an addiction …it’s hard to get that support. So not only patients, but their families, suffer in silence.”

While Sue was waiting out her sentence, her social worker kept trying to get her to open up about her past. He sought her out everyday even though she showed no interest in speaking to him.

After 30 years, Sue finally admitted that she was molested as a child. It was the first time she had told anyone.

While in jail, Sue started thinking about what she would do when she got out. She had always wanted to go into food service although she had no previous training.

With this goal in mind, Sue went to Community Work Services in Boston. CWS is a non-profit organization dedicated to helping low-income individuals find a job. They have a 12-week culinary arts program with the participants’ last month ending in an internship in the food industry.

Thomas Curran, the chef trainer at CWS, has led the culinary program for about a year, teaching a diverse group of students while trying to break them out of their shells. He said he saw talent in Sue.

“I would just put a task in front of her and she would kind of roll with it,” Curran said. “It seemed like she was a natural from the gate. She was hungry to learn, no pun intended.”

In the third month of the class, Sue interned at East Meets West. It specializes in catering weddings, bar and bat mitzvahs, and corporate events.

Sue impressed her managers, and by the end of the month they gave her the job.

“I like it a lot. The other day it just kind of clicked in my head that these people want nothing more than for me to succeed,” Sue said. “They’ll do whatever they need to do to help me get there.”

While Sue is excited about the job and is doing something that she loves, she still worries that her past might sneak up on her.

“On any given day, I don’t know if I have what it takes to get out of bed because of whatever’s going on in my head,” she said. “That worries me too: to be committed to something. So I try and then I’m just like, I can’t do it.”

Dr. Kim emphasizes the importance of support for those struggling with addiction.

“[Addiction] is not deficiency of character or some reflection of moral character,” said Dr. Kim. “It’s something that can happen for whatever number of reasons — to genetics, environment. It can happen to anybody. They deserve our attention and support.”

Sue continues to meet with her psychologist and currently lives at the sober house in Boston called A New Beginning. Her personal experience with homelessness has inspired her to want to give back.

“What I would really like to do honestly, five years down the line, I want to continue cooking and baking,” she said. “I would love to go into family shelters and have a once a month birthday party for kids that are there. And just provide everything.”