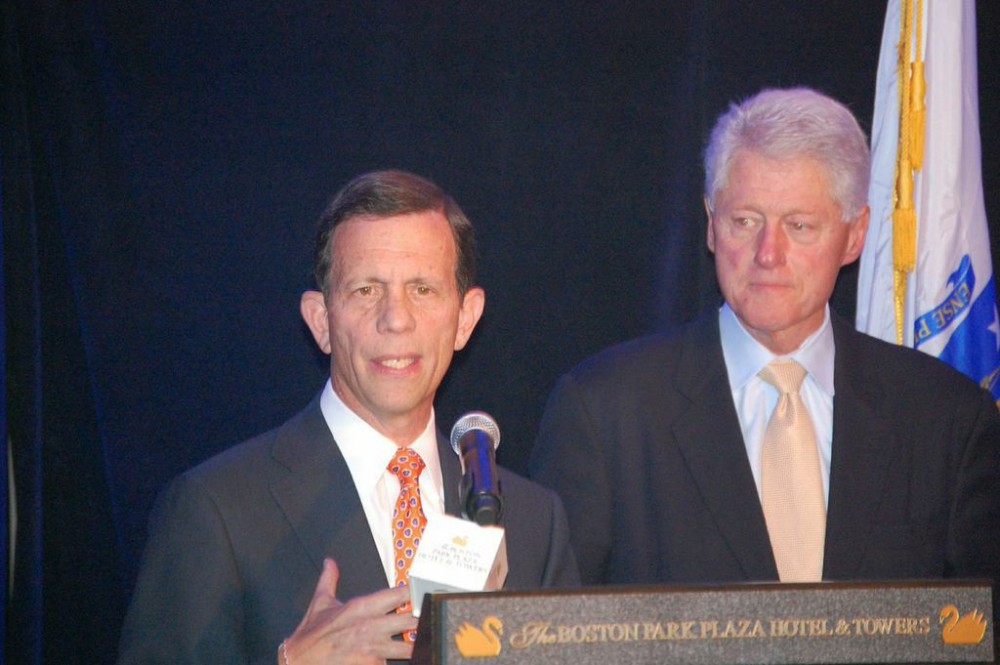 BOSTON, Mass.—There is an old parable set in a village by a river. One day, babies inexplicably start floating downstream. Each day brings more babies, and the town has a harder time saving all of them. But the townspeople cannot agree on how to solve the problem: One group wants to go upstream to find the source of all the babies, while another wants to stay behind and help those who are already drowning.

When it comes to dealing with social issues, people face a similar choice: go for the source of the problem or deal with the problem as it’s happening. Homelessness is no exception, and the proposed solutions to the issue can be as varied as the causes. With the primary around the corner, Spare Change News took a look at the five gubernatorial candidates’ plans to address homelessness. Sure enough, some candidates sound like they would rather stay in the village, while others want to venture up the river.

That does not mean candidates are necessarily opposed to other approaches, even if they do not emphasize them in their platform. But differences in philosophies and approaches remain clear. Do we solve the problem as it stands or go for the issues that created the problem in the first place? Here is a look at how the five major candidates answered that question.

In a Q&A with MassLive, Don Berwick pointed out that Section 8 Housing Choice Vouchers in Massachusetts are set to be cut by 1,400 vouchers, and that the state-funded Massachusetts Rental Voucher Program (MRVP) has fallen from nearly 20,000 vouchers in 1990 to only 8,200 today. He plans on restoring the MRVP program to 20,000 vouchers.

“It makes no sense to spend $4,000 a month to cram a family into a motel when we could spend less than $1,000 per month on a rental voucher,” Berwick said.

Berwick also proposes identifying and tracking all homeless individuals within his first six months, using methods similar to the ones used by 100,000 Homes, a nationwide campaign started four years ago that sought to house 100,000 homeless people by July 2014.

Of course, just taking a census of the homeless can be a challenge. Some avoid shelters and surveyors. This is especially true of unaccompanied homeless youth, who may not identify as homeless under certain situations (for example, if they are couch-surfing). However, 100,000 Homes has already housed 105,580 people in 186 communities.

Berwick’s six-month plan may seem ambitious, but the model has been effective elsewhere.

Berwick also promises to strengthen the HomeBASE and RAFT programs, which help families and involve the private sector in building more affordable housing.

At a gubernatorial debate in Chicopee, State Attorney General Martha Coakley agreed with Berwick that MRVP vouchers need to be increased. However, she thought more long-term solutions were needed. Coakley focuses more on the underlying causes of homelessness – especially on mental health, lack of substance abuse treatment, and veterans’ struggles.

“I have called for greater funding for community-based behavioral health services too [sic] help us to identify at risk individuals, and families, and connect them with services before they become homeless, rather than after,” she said, in response to MassLive.

She also added that, in her opinion, there needs to be better access to services that could help families transition to stable housing, including “services like job training, child care, and healthcare – to break the cycle of admission and readmission to shelters.”

According to Coakley, it is particularly important to focus on the veteran population that faces the risk of homelessness, and to increase their access to behavioral healthcare. She said that she would work with nonprofits to focus on regional needs and challenges. In terms of increasing housing options, she would support programs and incentives like Chapter 40B, an affordable housing statute.

In that same Chicopee debate, Steven Grossman addressed joblessness as a core cause of homelessness. As the state treasurer who helped establish the Small Business Banking Partnership, this should not be surprising. If elected, Grossman has promised to create 50,000 new manufacturing jobs in Massachusetts over the next five years. He is also a vocal proponent of earned sick time; if it does not become law by the time he is in office, he says it will be the first bill he files. During the debate, he pointed out that there are 200,000 unemployed people in Massachusetts, alongside roughly the same number of half-time workers.

According to the Lowell Sun, Grossman also “believes financial literacy is a first step toward preventing homelessness” and that this is especially true for homeless people over 50.

In a speech at Lowell’s Keys to Ending Homelessness Conference, Grossman said that municipal and private social service agencies must work together until there are no more seniors suffering from homelessness.

Grossman also supports building casinos in Massachusetts, believing they will create jobs while keeping revenue in-state instead of sending it to popular casino destinations like Connecticut and Rhode Island.

As a former member of the Weld-Cellucci Administration, Baker has a boast-worthy record as a homeless advocate. For example, he created about 265 units of family housing under the Department of Transitional Assistance’s Scattered Site Emergency Shelter program, made 400 emergency shelter beds around the state available for domestic violence victims and established the Homeless Intercept Program at the Executive Office for Communities and Development. Baker focuses on family homelessness, particularly on getting families out of motels and into permanent housing. His plan mixes short-term and long-term strategies, and it places a certain amount of responsibility on local communities.

Parts of Baker’s short-term strategy includes creating teams composed of local agency and shelter workers to triage families in motels, expanding HomeBASE funding, and coordinating with local officials to address issues affecting the homeless. He would also increase the reimbursement rates for local communities who provide transportation for children to go from motels where their families are staying to school. Baker points out that “despite a ruling from the State Auditor that the state should fully reimburse these costs, the reimbursement rate was 95% last year and is down to 55% this year.”

Baker’s long-term strategies include establishing clear goals and incentives for homeless and at-risk families and the agencies helping them, matching resources with the specific needs of each family and developing better intervention methods to prevent at-risk families from becoming homeless.

Baker would also try to increase affordable housing by leasing private homes to social service agencies or other affordable housing providers, who could then transfer the lease to the residents as the family became stable. According to MassLive, Baker wants to update state housing laws so citizens and legal residents receive priority for housing over undocumented immigrants.

There is not much literature out there on Fisher’s plan to address homelessness – or whether or not he even has one. In response to a question from the Massachusetts Voter Table on how he would address homelessness, Fisher replied, “Allow people to have a good-paying job that will pay a rent or a mortgage” and directed readers to one of his economic policy answers. The answer he was referring to is a summary of his four-point program to increase jobs in Massachusetts.

“First,” Fisher wrote, “I would make the corporate tax rate comparable to those states to which business are leaving from Mass. Second, I‘d reduce over-burdensome rules and regulations that also drive businesses away. Third, I’d eliminate the taxpayer funding of fad industries. Lastly, I’d eliminate the inventory tax, which keeps distribution companies and jobs from coming to Mass.”