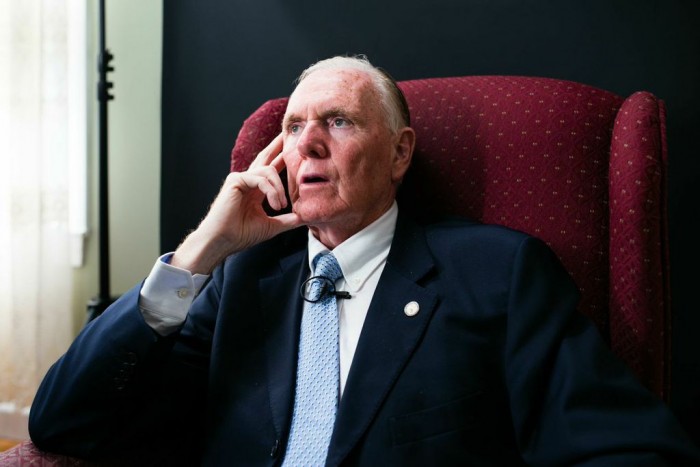 BOSTON, Mass.—Images of protests and violence in response to the desegregation of the Boston Public Schools are so lasting that movies like “The Departed” and the upcoming “Black Mass” still use them as symbols of racial disharmony 40 years later.

Depending who you ask, the furor over busing was a fight over preserving decades of tradition in neighborhoods like South Boston or sign of recist resistance to long-overdue integration in Boston schools.

In June 1974, Federal District Court Judge W. Arthur Garrity Jr. created a desegregation plan for the city’s schools and enforced the state legislature’s Racial Imbalance Act, passed in 1965. The plan went into place in just three months. A few weeks before the beginning of the academic year, parents received letters saying that their children would not be going to school in their own neighborhood but would instead be bused across town.

A group of court-appointed masters, mostly professors at Boston University and Harvard, made the first plan for assigning students to schools.

Students at South Boston High School encountered a volatile atmosphere in and around the school.

“The part that bothers me is the injustice of the whole thing,” Flynn said. “What children experienced, both black and white, was chaotic. There was no learning going on.”

For their part, parents either refused to send their children across town on principle or kept them home because of the turbulence at school.

In an effort to bring South Boston High School under control, Garrity first fired the headmaster and, in April 1976, hired Jerome Winegar – a man who had previously helped desegregate schools in Kansas City, Mo., and St. Paul, Minn.

“The school was a nut house. The problem was the adults and the kids had no clue what was going on and what was happening,” Winegar said. “They didn’t want black students at their school. From 1899 to 1976, no black kid graduated from that school.”

Joe Burnieika, who taught in the city before becoming part of the second effort to make school assignments during desegregation, said that Boston’s schools were informally segregated before the busing program began.

While a separate and unequal system existed for black students, Flynn said the white schools were not wonderland, either. He remembers having to wear his jacket in class because of the cold and having only five working microscopes for a full science class.

Flynn said he would have taken a different approach to integrate schools and used federal, state and city dollars to build state-of-the-art schools on the shared borders of white and black neighborhoods.

“Make good schools so parents want to send their kids there,” Flynn explained. “That never happened. Nobody put a dime into the public schools.”

The students who suffered under the new system came from families that could not afford to leave Boston or send their children to private schools.

“In my view, the issues we had – the violence we had, and the protests – I never thought it was a racial problem,” Burnieika said. “If you had money and you were white, or if you were black or Hispanic and had means, you could move to a private school. Class was the issue.”

Flynn echoed this sentiment, saying that the city still feels the impact of the desegregation plan’s aftermath.

“The city really lost, economically. The middle class was destroyed. It still is,” Flynn said. “Boston has become a city of very rich and very poor. It started during busing.”

Also lost, according to Flynn, were the traditions of places like South Boston High School. He remembers playing football for the school in front of 10,000 fans. After busing started, only a handful of people would show up for games.

“Nobody saw it as their school, the one they went to,” Flynn said. “People said it should be called Garrity High School.”

The city ended busing this year.

“They tell people to go to the school closest to where they live,” Winegar said. “The problem is it didn’t work before and it won’t work now.”

Burnieika said he has a hard time saying whether the desegregation plan was a success. “Looking back 40 years and trying to make an assessment is almost impossible,” Burnieika said.

Flynn was less unsure, saying that the plan causes significant damage. “They thought they were doing the right thing – improving education for black students. But what they really did is destroy public education for black and white children,” he said.