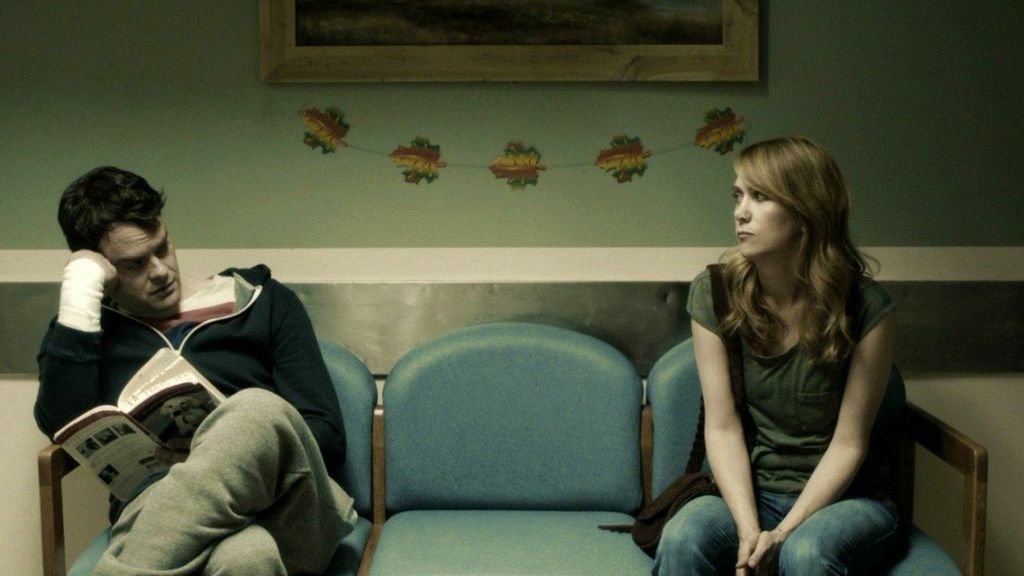 At heart, “The Skeleton Twins,” a movie directed by Craig Johnson (“True Adolescents”), is a story of a brother and sister both on the brink of self-destruction. Quite literally, actually.

The movie opens with Maggie (Kristen Wiig) about to down a handful of pills, but she’s stopped by a phone call about her brother Milo (Bill Hader), who has just tried to commit suicide. We quickly find out that these twins haven’t spoken in over a decade, but it’s clear they are still very much in sync. Oh, and the suicide note? “To whom it may concern, see ya later” with a smiley face at the end.

To me, that’s the perfect way to open the movie because it sets me up for the roller coaster that is Maggie and Milo. One second I’m depressed about the attempted suicide, the next, I’m wondering if it’s ok to laugh at the suicide note. One second I’m concerned about a fight they have on Halloween, and the next, I’m laughing at the fact that Hader is in full drag chasing Wiig while wearing heels. If nothing else, this movie does a tremendous job of highlighting the unexpected—and sometimes awkward—comedy in depressing life situations.

The driving force in this dramedy is, of course, SNL favorites, Kristen Wiig and Bill Hader’s chemistry. They have a natural rapport that is sweet, endearing and easy. In fact, the only thing difficult about Maggie and Milo’s relationship is that they force each other to see who they truly are. They know each other so well that they can’t lie to each other, even with 10 years of no communication under their belts. Maggie has become a dental hygienist and is married to a happy-go-lucky man named Lance (played by Luke Wilson—a perfect casting), while Milo tries his hand at acting. Once Maggie and Milo reunite it comes out that Milo can’t find a gig and is waiting tables to get by, and that Maggie is making her husband believe they’re trying to get pregnant when in actuality she’s taking birth control that she hides in the bathroom.

Milo and Maggie have been trying to make something of their adult lives ever since their parents ruined their childhood. Their father jumped off a bridge when they were 14 and their mother (Joanna Gleason) makes a small cameo, but only to showcase just how selfish and inconsiderate she really is. Though Maggie and Milo only have each other, they can’t help each other because they can’t even help themselves. Maggie cheats on Lance with her scuba instructor multiple times and we find out that Milo is still trying to stay in contact with a man who molested him while he was in high school…his English teacher. Side note: It’s a testament to Hader’s acting that I don’t find it necessary to emphasize that his character is gay—his portrayal is so anti-caricature and so realistic that it’s not something that sticks out, it just seems like a part of his being.

As the twins try to survive each day, a funny thing happens—Maggie sees her father’s (and Milo’s) point of view. Since she never told Milo that she too was about to commit suicide, most of the movie is spent on Maggie trying to convince Milo to find meaning to live, to overcome his depression and suicidal tendencies. But as things start to fall apart for Maggie (hallmarked by Milo telling Lance that Maggie is taking birth control and Maggie admitting she’s cheating), she sees that suicide was a way out for her father. She understands that both her father and her brother were plagued with depression and the idea that there’s no light at the end of the tunnel and that death meant no more worrying. Though to many viewers this may not be the most inspiring epiphany, it is refreshing to see the main character sympathizing with an unconventional, anti-Hollywood choice, sticking to the theme of the human experience rather than the fairytale experience. In the end, Maggie tries to commit suicide but her brother stops her. And even though this final scene seems a little cinematic and unrealistic to me, the main message still remains.

This movie requires both Wiig and Hader to navigate some pretty temperamental landmines, including suicide, depression, infidelity, homosexuality and molestation. It’s crazy to think that I laughed almost just as many times as I frowned during this movie. When I was leaving the theater, I saw a couple exiting just ahead of us. In the daylight, I could see that they were wiping their eyes—I couldn’t tell you if they were happy or sad tears.