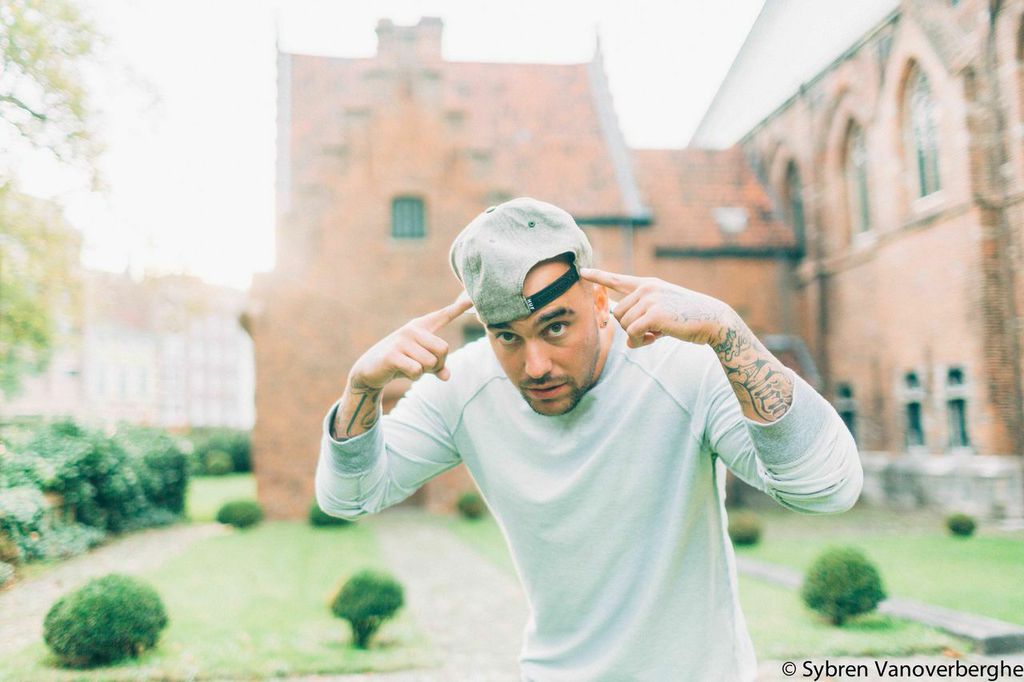 M-Dot’s day was nearly derailed by a flat tire. He had CDs, promotional materials and notebooks of rhymes; everything a busy emcee needs for a packed day. But when he stepped outside his home he found his tire flattened, rim to the pavement. So instead of interviewing him somewhere near Berklee–where he was supposed to meet up with a new producer–we are at Lynn’s Pelican Pub, a cozy dive whose afternoon clientele consists of old men lined up at the bar. The news plays above them, a shelf full of model ships hang on the wall and a pool table sits unused. M-Dot, the stage name for Michael Januario, has called Lynn home for 10 years now and takes the unexpected car problem in stride. In fact, the biggest break of his career came after the “flat tire” moment.

In 2008, M-Dot was supposed to open for Krumb Snatcha — the celebrated rapper from Lawrence, Mass. and Gang Starr Foundation member—in Switzerland. After being introduced by a mutual friend, M-Dot and Krumb previously worked together on M-Dot’s “Gotta Be,” produced by Teddy Roxpin. On the day of their flight, Krumb experienced passport issues and could not leave the country. He encouraged M-Dot to go ahead and headline instead—and M-Dot rose to the occasion.

“I didn’t find out until the day of the flight. I was wet behind the ears … I didn’t even have an hour set prepared,” says M-Dot. “I had to make it up on the flight. Luckily it’s a seven hour trip.” He killed the two Switzerland shows, and has been back to Europe six times since. Occasionally, these trips overseas seem to invite change. After the 2008 trip, he sold everything when he returned home and focused on music full time. After a later tour, M-Dot and his long-term girlfriend — also the mother of his daughter — broke up, and music took a backseat. He took a job moving furniture to support himself and his young son and daughter. “I was spinning,” he said. “I came home from Europe to the family being broken.”

Now, M-Dot’s back home from his most recent European tour and trying to figure out what change is next. He quit the moving job, is back to doing music fulltime and is promoting his newest mixtape, Jake LaDotta. He’s received local acclaim, and in 2010 won Hip Hop Artist of the Year awards from both the Boston Music Awards and the Boston Phoenix/WFNX Awards. That same year, he opened for nationally well-known acts like Kid Cudi. Before the local awards, he was a 2008 pick for 2dopeboyz.com’s “2 Dope 2 Sleep On” honor, alongside Casey Veggies.

It’s more then he would’ve expected as a teenager in Revere, rapping for friends on the basketball court. “It was different back then,” he said. “Everyone wasn’t a rapper like today.” He got into Massachusetts College of Liberal Arts on a basketball scholarship and there he met Revalation, in late 2003.

“We were the only rappers recording and making music on campus,” says Revalation. The two met through mutual friends and were soon recording in a makeshift booth in M-Dot’s dorm closet. “We didn’t know any studios,” says M-Dot. “We handled everything ourselves — editing, recording, engineering … we were our own booking agents by default.”

They started performing at college shows and soon he and Revalation formed EMS with a crew of other rappers and producers, and did shows at bigger venues. M-Dot’s dropped five mixtapes since 2008, working with artists like Snowgoons, Camp Lo, Edo G, and Skyzoo. His intricate, syllable-stuffed rhymes have earned respect of fellow artists and critics, but he is just as praised for his nonstop grind.

“He’s got an amazing work ethic,” says Krumb Snatcha. “It’s been a pleasure to see my help isn’t taken for granted. He calls for a studio session, I know it’ll be great.”

“M-Dot was the most consistent, grinding 24/7,” says Revalation, who explained that M-Dot remains one of EMS’s most active crew members. “M-Dot’s always shown love to us, even when the rest of us weren’t 100 percent into it.”

M-Dot said he’s out to work with anyone who wants his rhymes — “If they’re good people, they got good energy, I’d love to work with them. I see how excited they are, and I need them for inspiration, to be put on the spot.” Even if he has to drive across the state or across New England, he’ll work with whoever appreciates it.

Though he dropped a collaborative album with DJ Jean Maron back in 2010, called Run MPC, M-Dot is most focused on getting his first solo album out. The production lineup boasts Hi-Tek, Marley Marl, and Marco Polo, but M-Dot’s keeping the list of featured rappers close to the chest. Titled “The Ego and the Enemy,” he promises that it will drop in 2015.

“I’ve always felt the first album’s got to be the most prolific,” he says. He is not sure what will happen between now and the release, but he plans to deliver, no matter what flat tires try to hold him up.

Note: an earlier version of this article said M-Dot had two daughters; the error has been fixed.