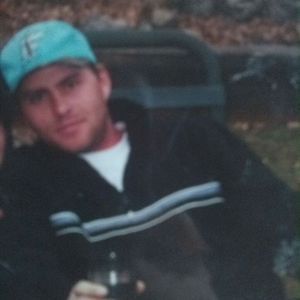 BOSTON, Mass.—Michael lay unconscious for nine days in his hospital bed at Beth Israel Deaconess Medical Center. His skin and eyes turned yellow from liver failure, and on the ninth day, he died. He was 42.

“Ultimately, I watched as his body slowly started to shut down over nine days, his skin became jaundiced and yellow, the whites of his eyes were all yellow. I watched his children cry over him, watched friends come and go,” said his friend, Kara Hannon.

Michael Bolton Stearns Jr. sat on a crate near Kara’s apartment in Cleveland Circle for two and a half years, and she would stop and talk to him whenever she walked past.

She said he would always listen to what she had to say; He never talked about himself unless prompted. “He was like an unofficial therapist,” she said.

If he was near a bar and he saw a fight break out, Michael would intervene, Kara said. “I used to tease him and say, you’re not Superman.”

He would never ask for money, Kara said, adding that he left a cup next to his crate which passersby could leave change in. “His signature greeting, when a woman would pass, he said, “Have a good night, miss lady,” said Kara.

Michael was born in Brookline, and went to Brookline High School. After graduating, he moved south and developed a southern drawl. He worked as a roofer, and even owned his own lucrative business.

After Michael and his wife got divorced, he left their home in Florida for Boston to be with his ailing mother. After she died, Michael found himself living on the street.

Kara said she was walking past Michael in the fall of 2011 and noticed he didn’t have any gloves or a coat. She hardly knew him, but she went to CVS to buy him two pairs of gloves and a coat. She brought them to Michael and said, “I don’t know if you’ll take this, but I want you to have it. I’m not taking it back. I already threw the receipt away.” Michael took the clothing.

People would stop by and bring Michael food, unprompted. Kara said he never asked for a thing while on the streets. He would give away his last dollar to a friend on the street if he felt that person needed it more than he did. “He made sure that his friends that smoked had cigarettes, he made sure that everyone had something to eat, he made sure that if one of the guys who was detoxing from alcohol because they drank so much for the whole week, he would buy them something,” said Kara.

Michael never had alcohol problems until he was living on the street, but Kara said his life became so difficult that he is resorted to alcohol use. “You drink to stay warm at night, you drink to forget your troubles, you drink because the people around you are drinking, you drink when you’re hungry so when there’s no food in your belly you don’t feel it,” Kara said.

Michael admitted that he was an alcoholic, but refused to ever seek help. He sent friends with alcohol dependence to the hospital for admission into appropriate programs.

For the last two months, Kara said, alcohol and cigarettes were basically his diet.

“None of us got to say our true goodbyes. It would have been nice to have that one last interaction with him because he was so special,” said Kara.