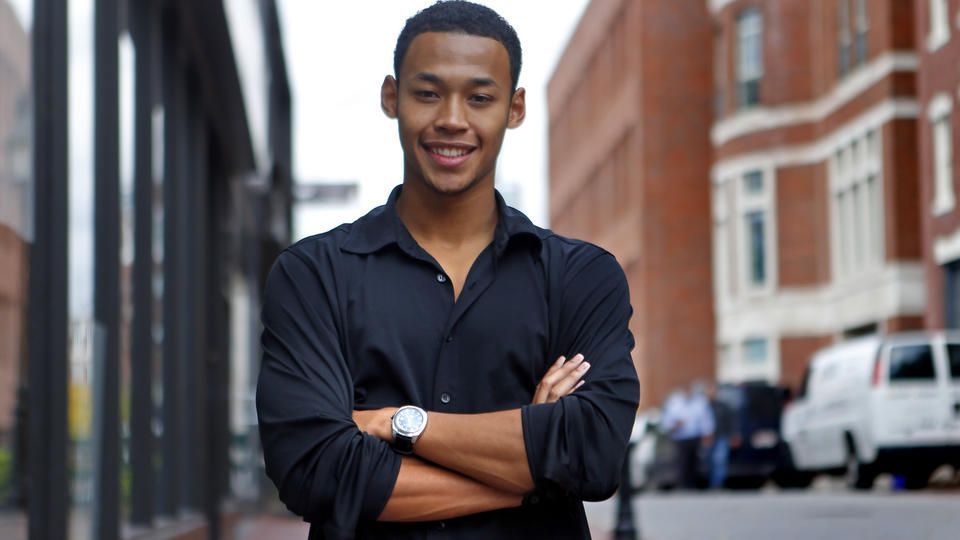 CAMBRIDGE, Mass.—Harvard Square is, in many ways, an excellent snapshot of the unique qualities that define the greater Boston area: the same street corners and T stations that are frequented by Harvard University’s most promising students, and homeless individuals who don’t know when they will get their next meal.

These streets are also the breeding ground for innovation and optimism, and at the forefront is Showly Nicholson. Nicholson is a pre-med student at Harvard University who balances his time between chemistry class, East Asian studies, and helping the homeless.

“I just felt I had to do more,” Nicholson says of his year volunteering at the Harvard Square Homeless Shelter, an entirely student run operation. “I was a resource advocate, helping the homeless to get back on their way through little steps, whether that be obtaining identification, mass health, or transportation.”

His experience, however, was riddled with more shortcomings than successes of the current programs in place to help the homeless community in Boston.

“I saw a lot of people with college degrees and previous job experience that were really working hard to get back on their feet, get into a home, and end their homelessness…but, they would come back every week or two weeks and not much would change,” said Nicholson.

Rather than accepting defeat, Nicholson looked to less conventional platforms for a possible solution, and it was in the early months of this year that he set into motions the plans for his Go Fund Me program, Homes for the Homeless.

Go Fund Me is a popular crowd sourcing website for personal fundraising goals. It has received attention in the media lately for some of the more outlandish campaigns; such as the 26-year old Baltimore resident who used the platform to pay for her $362 Halloween cab fare. But the site has become a highly resourceful tool for many entrepreneurs, social activists, and artists.

Homes for the Homeless raises money to support homeless individuals by covering three months’ shelter, transportation, and food, allowing the time and space to save money and focus on maintaining a steady income.

Nicholson explains, “I saw that it takes, minimum, about a year of being on a waiting list to get out of homelessness through government aid,” a fact that actively prevents many from obtaining and maintaining jobs. “You don’t have a home address, and if you’re lucky enough to stay in a shelter the night before, you might not be well rested or have reliable transportation…all things that often contribute to preventing one from getting a job, or even losing a job.”

One individual who frequented the Harvard Square Homeless Shelter, stuck out to Nicholson as the perfect candidate for this unique program.

“He stood out to me, because even after four years of being homeless, he still feels as though he is in a transition phase…a mindset that prevents him from losing hope.” He has chosen to remain anonymous throughout this experience because he has found that transparency has consistently prevented him from being able to escape his situation.

While searching for a room to rent through sites such as Craigslist, Padmapper, and working in conjunction with the Home Start organization, Nicholson has encountered an upsetting truth. “As soon as we mention that he is homeless, there is no response. We have tried being transparent, but it is almost impossible [to find housing] that way…the only difference between him and others finding housing is his current homelessness.”

The pair has experienced successes and failure so far, but the generosities expressed by the public through his donations on the Go Fund Me page have humbled them both.

“I could tell he was skeptical at first, but at this point…we just have to get the timing right, and hope he gets the job when we get the housing.”

The homeless individual was an accountant when the economic collapse struck, and has not given up on returning to that profession. Nicholson recalls, “I was working with him job searching when he said to me, ‘I realize I am probably not going to get a job right off the bat because it has been a few years, but let me start with volunteer accounting.”

It is that same relentless drive, working for free to build his resume, that Nicholson hopes will be the key to his success.

“Just don’t lose hope”, are his closing words before Nichsolson returns to a desk covered in homework, apartment searching for his client, and plans for the future of Homes for the Homeless.

If you have any leads on affordable, public transportation accessible housing, or are interested in being considered in the future for the Homes for the Homeless program, please contact Showly Nicholson at: showlyhshs@gmail.com

To follow the progress of Homes for the Homeless or make a donation, visit gofundme.com/homes4thehomeless.