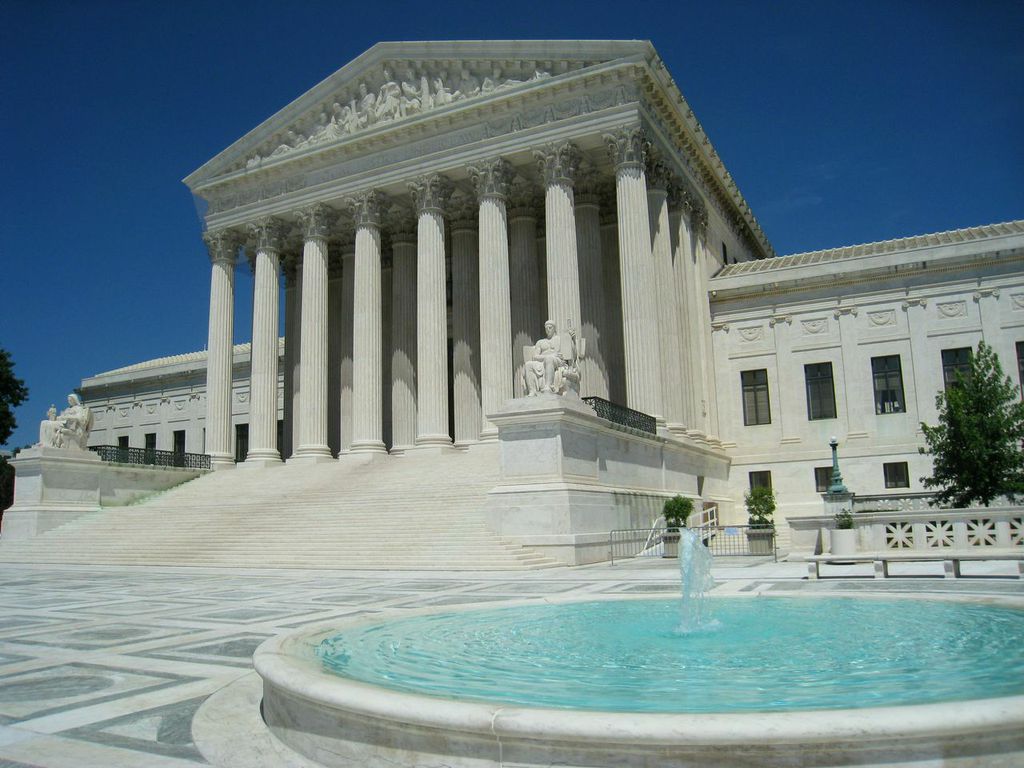 Photo By Daderot via Wikimedia Commons

CAMBRIDGE, Mass. and WASHINGTON, D.C.—The Homeless Empowerment Project/Spare Change News was contacted by the American Civil Liberties Union (ACLU) to join in their admirable effort to have an ordinance passed by the city of Worcester declared unconstitutional by the United States Supreme Court. The Board of Trustees unanimously agreed to support the ACLU’s request.

The ordinance prohibits “aggressive begging, soliciting and panhandling in public places.” (As you will soon see, “aggressive” is not defined as you might expect.) The Worcester ordinance referenced above and a second ordinance are the subject of a lawsuit brought by Robert Thayer, Sharon Brownson and Tracy Novick, challenging the constitutionality of the ordinances. The second ordinance is not part of HEP’s involvement in this case. I will explain the legal background of the case, but first I think it is important to understand the effect that the Worcester ordinance will have on non-profits like Spare Change if passed. Under the ordinance, “solicit” or “soliciting” includes “the offer to immediately exchange or sell any goods or services.” This would clearly cover the selling of Spare Change News. Although the ordinance speaks of “aggressive soliciting,” the ordinance’s definition of “aggressive soliciting” includes the following (numbers correspond to sections of the ordinance):

(7) soliciting money from anyone who is waiting in line for tickets, for entry to a building or for any other purpose;

(10) soliciting any person within 20 feet of the entrance to, or parking area of, any bank, automated teller machine, automated teller machine facility, check cashing business, mass transportation facility, mass transportation stop, public restroom, pay telephone or theatre or place of public assembly, or of any outdoor seating area of any café, restaurant or business;

(11) soliciting any person in public after dark, which shall mean the time from one-half hour before sunset to one-half hours after sunrise.

Clearly, these are all areas where selling a product like Spare Change News would be most successful. Removing vendors from these spots would in fact most likely destroy the ability to successfully sell a product such as our newspaper. A violation of the Worcester ordinance is punishable by a $50 fine and arrest if the violator refuses an order to stop. Thus, the ordinance clearly criminalizes a broad swath of behavior that is not aggressive within any reasonable person’s understanding of that word.

The problems with the Worcester ordinance are most eloquently explained in the Motion for Amicus Curiae, which states,

“Section 16’s [Worcester ordinance] purpose is to ban begging or soliciting ‘in an aggressive manner.’ R.O. ch. 9 section 16(d). However, the ordinance does not require that the conduct be aggressive (in the ordinary sense of that term) to be prohibited. Rather, the language of Section 16 bans completely peaceful solicitations if they occur within buffer zones located in public places throughout the City. The First Circuit acknowledged that the ban captures ‘messages expressed by panhandlers, Girl Scouts, the Salvation Army, [and] campaigning politicians [.]’ App. 18a. It also applies to the distribution of newspapers or other expressive items offered ‘using the spoken, written, or printed word, bodily gestures, signs or other means of communication’ for ‘immediate[…] exchange’ or sale. R.O. ch.9 section 16(c). As written, then, Section 16 is not limited to the type of persistent or threatening conduct accompanying speech that might fall within the ‘legitimate’ sweep of regulation. To the contrary, Section 16 covers ordinary, peaceful interactions that might occur hundreds of time a day, particularly during the holiday season, throughout annual charitable fundraising drives, in the preclude to elections, or in the aftermath of natural disasters. Because a review of the plain language of Section 16 reaches a host of common and protected speech activities, its purported attempt to regulate ‘aggressive’ panhandling is unquestionably overbroad and not narrowly tailored to achieve the City’s legitimate aims.”

There are other compelling legal problems regarding all ordinances like the Worcester ordinance that result from the First Circuit Court of Appeals’ decision in Thayer v. City of Worcester which upheld the Worcester ordinance. The right to panhandle and solicit everything from a signature on a petition to the sale of our newspaper is protected by the constitutional right to free speech. Traditionally, the courts have ruled that any laws limiting free speech must be narrowly drawn and must avoid being overly broad. Laws involving limits on free speech are considered overly broad when they not only prohibit speech that is not protected by the constitution (such as screaming “Fire!” in a safe theatre, which could cause a riot), but also limiting in the same law speech that is protected (like yelling, “I hate this theatre; I think it’s an old fire trap.”) Furthermore, the courts have ruled that when the government does restrict speech, it is the government that bears the burden of proving the constitutionality of its action. In other words, that the law is drawn as narrowly as possible to protect people’s rights to free speech. However, the First Circuit’s decision in the Thayer case switches the burden of proof from the government to petitioners in this case. In other words, it makes it the petitioner’s burden to prove that the ordinance is not narrowly drawn but overly broad. This presents a great problem for non-profit organizations that survive on grants and charitable donations. Most, including the Homeless Empowerment Project, do not have the resources to mount extensive litigation with the burden on them to demonstrate that a law unconstitutionally infringes on rights already guaranteed by the constitution.

Robert Thayer and Sharon Brownson are homeless people who regularly solicit donations in Worcester. Tracy Novick is an elected member of the Worcester School Committee who has, during campaigns, displayed political signs on median strips and traffic circles. (Ms. Novick’s activities violated the second Worcester ordinance, but this is not the subject of the Homeless Empowerment Project’s involvement in this matter.) The lawsuit was filed in the United States District Court for the District of Massachusetts, challenging the constitutionality of the ordinances. The District Court ruled in favor of the city of Worcester. The case was appealed to the United States Court of Appeals for the First Circuit, which affirmed the District Court’s decision, with one minor exception, regarding the ordinances’ proscription on nighttime solicitation.

On 19 June 2014, a Petition for Writ of Certiorari was filed on behalf of Robert Thayer, Sharon Brownson and Tracy Novick, requesting that the Supreme Court agree to hear the case, among other remedies. The Petition for Writ of Ceriorari was prepared by Kevin P. Martin of Goodwin Procter LLP. On 13 November 2014, a motion was filed by the Homeless Empowerment Project for permission to file a brief in support of the petitioners (Robert Thayer, et al.). In legal terms, this is called a Motion of Amicus Curiae. A 23-page brief was prepared and filed with the Supreme Court, but the Supreme Court must first rule to accept the brief for consideration. The Motion of Amicus Curiae was prepared by Patrick Strawbridge, counsel of record, and Julie S. Palmer of Bingham McCutcheon LLP.

The Supreme Court is scheduled discuss whether or not to accept the case at its conference on Jan. 9, 2015.