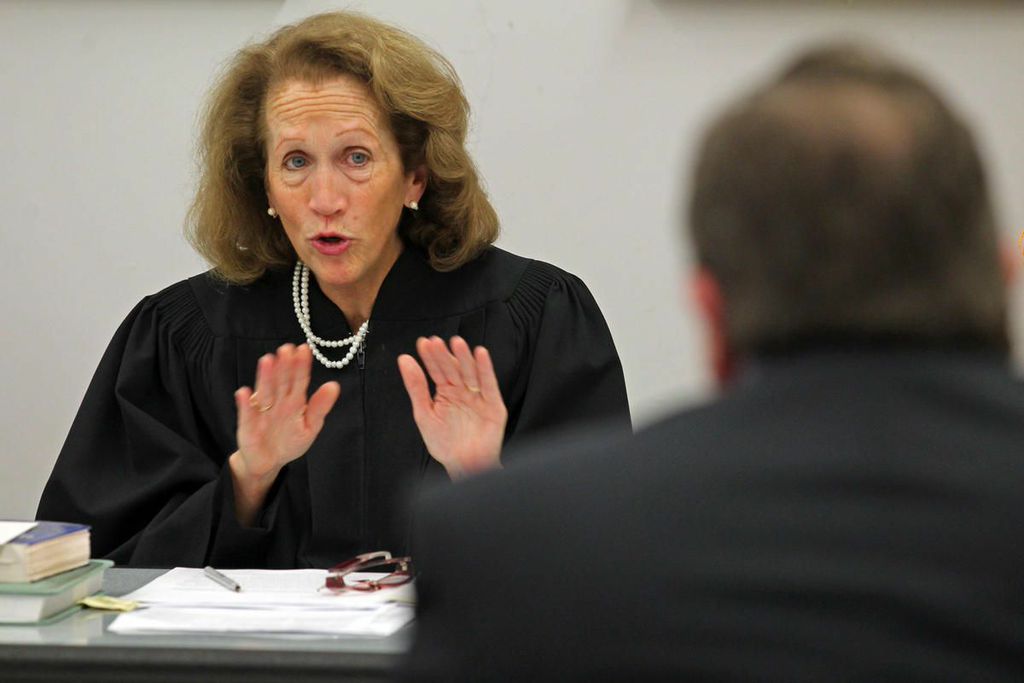 BOSTON, Mass.—Once a month, a small room with welcoming light blue walls at the Pine Street Inn in Boston’s South End serves as a courtroom. The court rises as First Justice Kathleen Coffey enters to begin hearing cases from defendants who have come to Homeless Court.

“It’s a non-intimidating environment,” said Elizabeth Condron, Homeless Court Coordinator at Pine Street Inn. “It would look like another court session but it’s in a much more relaxed environment.”

The defense attorney, from the Committee for Public Counsel Services (CPCS), explains the defendant’s case, including outstanding default warrants standing in the way of securing housing. It is requested that the court remove these warrants and waive any fines or fees associated with them.

The court weighs the defendant’s case, any initiative taken to find work and housing, and a character reference. A lawyer representing the District Attorney agrees that the defaults should be removed, an act that would benefit the defendant and the community. Judge Coffey makes the final decision to remove the defendant’s warrants and remits any costs associated with them, prompting warm smiles and applause from the courtroom.

The court is designed to allow homeless individuals to resolve outstanding warrants for misdemeanor offenses and non-violent felonies outside the traditional justice system. These legal issues can stand in the way of defendants finding housing and employment, as well as obtaining drivers licenses and other services.

“It’s so intimate and so moving to see folks who have been in the system for so long to have this barrier cleared and move on with their lives,” said Condron.

Before they make it to the courtroom, homeless individuals are referred to CPCS where their records are reviewed. To qualify, homeless individuals must have outstanding warrants for misdemeanors or non-violent felonies. Those with warrants for violent crimes are not eligible. They must also prove a commitment toward recovery and self-sufficiency by participating in a substance abuse treatment program, mental health treatment, a housing search or an employment program.

Through the homeless court system, individuals are able to consolidate outstanding warrants and clear them all at one facility. Normally warrants do not transfer, meaning one person might be responsible for clearing warrants in various court sessions in different courts throughout the state, complicating the process and adding to the factors preventing homeless individuals from successfully removing these legal barriers.

“A big part of being successful within the criminal justice system has to do with showing up and being on time,” said Judge Coffey.

This is difficult for homeless men and women who may not receive court notifications because they are living on the streets, who worry about appearing in court without proper attire, or who fear further punishment.

“There’s only one way to get a default warrant removed and that is that you have to show up in court,” said Judge Coffey.

This alternative court session attempts to meet the specific needs of homeless individuals.