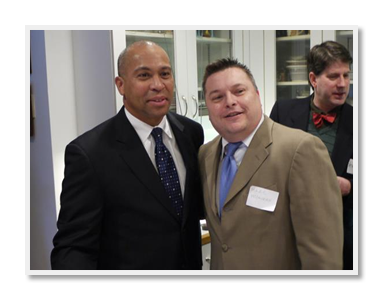 With below-freezing temperatures making life difficult for the area’s homeless population, Cambridge City Councilor Marc McGovern cut through the red tape by launching a crowdsourcing campaign to supply the city’s less fortunate with winter necessities like wool blankets and socks.

McGovern raised nearly $7,400 for 750 wool blankets for the city’s homeless this winter through his “Warm Blankets for Cambridge Homeless” campaign on the crowdsourcing site, Indiegogo.com. McGovern exceeded his original goal of $6,000 for the blankets and will use the excess funds on wool socks. When the blankets and socks arrive in the coming weeks, he plans on giving them to shelters and to people throughout Cambridge.

The city councilor says he decided to raise funds for the blankets after talking to a homeless woman at the First Church’s Tuesday night meals program in Cambridge.

“I was talking about all these kind of big issues, about transitional housing and job training and all these different things, and this woman looked at me and she said, ‘You know, I’d like a blanket,'” McGovern recalls. “I said, ‘You know, jeez, that puts it in perspective for me.’

McGovern was thinking about what he could do to help the homeless get blankets when his assistant suggested he try crowdsourcing instead of undergoing the lengthy process of putting in a policy order to ask the city manager to investigate using city funds to order them.

The city councilor then teamed up with the Harvard Square Business Association and got the campaign up and running. He figured it would take two weeks to raise the funds. He did better than he expected.

“We reached our goal in three days,” McGovern says. “The thing I didn’t know is that when you start one of these things, you can’t turn it off.”

While McGovern’s crowdsourcing campaign may have exceeded expectations, he certainly hasn’t finished helping the homeless yet. In the coming months he plans on spending a night on the streets with homeless youth and has also placed a policy order for January 26, asking the city to immediately provide funding for an additional 100 shelter beds in Cambridge.

“Obviously, I’m not comparing spending one night out, when I can go home if it gets too hard for me, with the equivalent of being homeless,” McGovern says. “But, at least in some way it will help better inform me of what they’re going through and, in turn, help me set policy.”

He’d also like to make his crowdsourcing efforts a regular occurrence.
“We’ll see how it goes,” McGovern adds. “I’d maybe like to start it earlier next year. If we start in October, we can have the blankets ready to go for when it really starts to get cold because obviously it’s cold right now. I wish we had the blankets right now.”