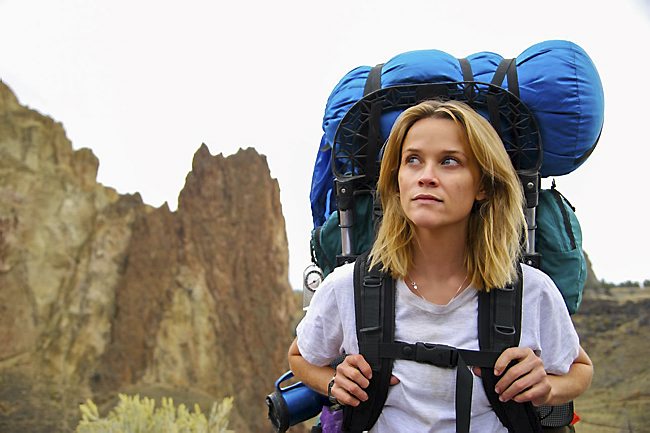 Happy New Year! Thank you for your patience, my faithful readers. It’s been a while since I’ve written a review and, for this, I apologize. I’ve still been watching movies every month, but none of them have been worth writing about. This holiday season was also a bit difficult for me emotionally, so my heart wasn’t in it to write for the Movie Palace.

However, we’re now in 2015, and with a new year comes a new attitude. Garret’s Movie Palace is starting off the new year with a double-feature review. So sit back and enjoy the first two reviews of 2015.

We start things off with Exodus: Gods and Kings. I have good news for those of you who have been contemplating whether or not to see this movie: you’ve already seen it! No, seriously. If you’ve seen The Ten Commandments and/or the animated movie The Prince of Egypt, you’ve already seen Exodus. And let me tell you, Charlton Heston made a better Moses than Christian Bale.

Bale wasn’t the only actor who played a part that someone else could have played better. The entire cast, I felt, was absurd. John Turturro (Transformers 1 & 2) plays Seti, father of Ramesses II; Sigourney Weaver plays Tuya, mother of Ramesses II; and Aaron Paul (Breaking Bad) plays Joshua, Moses’ right-hand man. The only person whose performance I felt was very well done was the actor who played Ramesses II. His name is Joel Edgerton, and he’s an Australian actor who’s had small parts in movies such as Star Wars: Episodes II and III and Zero Dark Thirty.

As I said, if you want to see Exodus without spending $10 (give or take), just rent The Ten Commandments. It’s the same movie with a better cast.

If you still want to go to the movies, here’s one that’s worth the money. Wild is a movie based on a true story by Cheryl Strayed, a recovering addict who hiked 1,000 miles across the Pacific Coast Trail in the hope of “finding herself” again.

Reese Witherspoon gives a stellar performance as Cheryl, and the chemistry between her and the other actors, who are all unknown, was very well done. In fact, the use of unknown actors was what made the movie. The reason I say that is that while Strayed was on her “pilgrimage,” she stopped at different checkpoints and encountered different hikers. By using unknown actors, the movie makes you feel like you’re watching a documentary. I even forgot it was Reese Witherspoon I was watching. That’s how believable her performance was.

I did get confused sometimes because the film kept going back and forth between past and present, but it didn’t take long to catch on.

There’s not much else to say about Wild without giving away spoilers, but I can say this: If you’ve had your share of drug and/or alcohol addiction and have tried to get your life back on track through recovery, this movie is for you. You can wait for Exodus to come out on Blu-Ray/DVD, but Wild deserves to be seen in the theater.