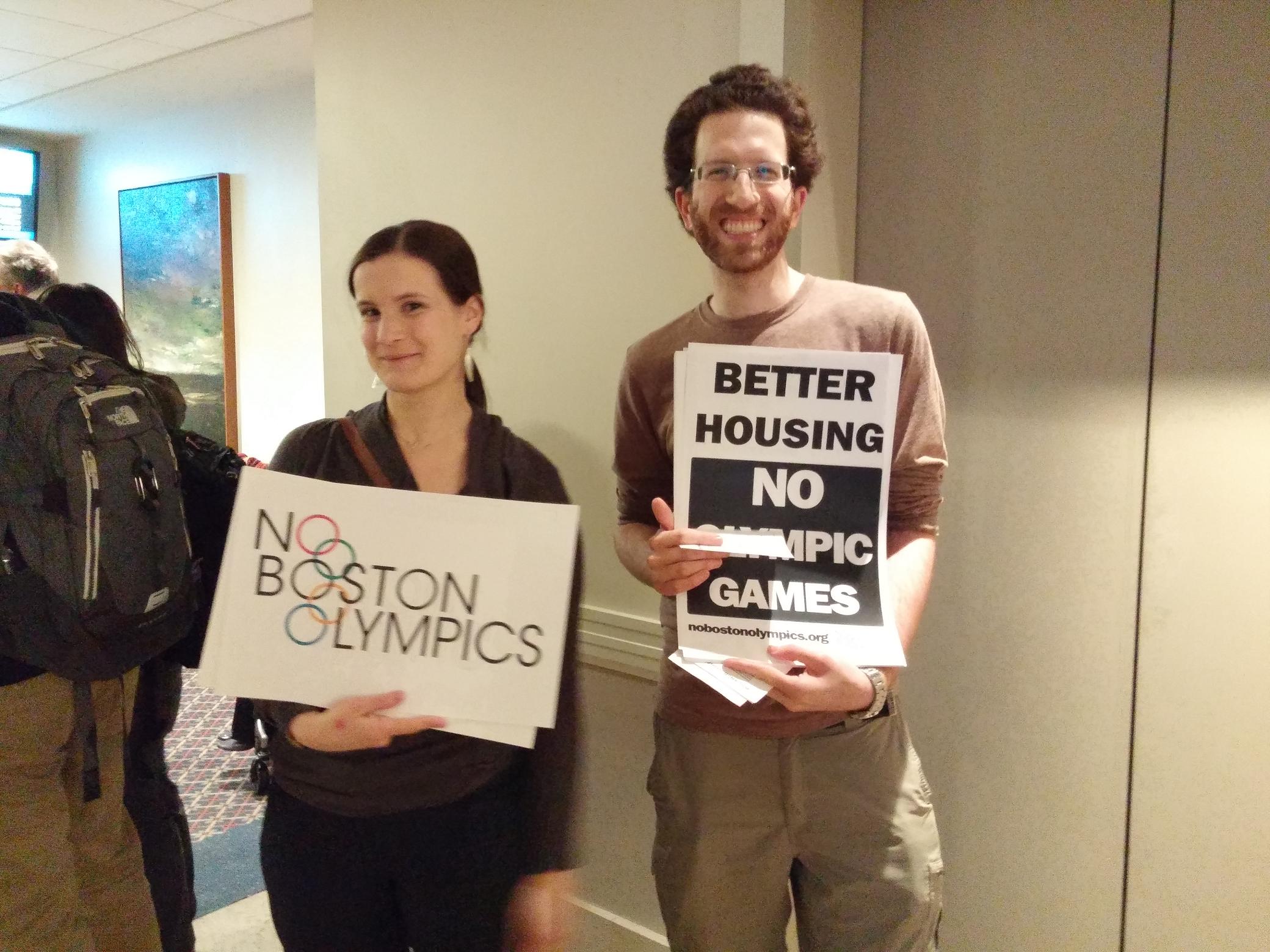 Among the concerns many citizens have about Boston hosting the Olympics were future treatment of the homeless and the availability of affordable housing.

Cleve Rae, a homeless member of the Boston Homeless Solidarity Committee, raised two concerns: “One is that Boston not sweep its street of the homeless just prior to, through, and after the Olympics. And two, that it spend money now on housing that is affordable not just for the homeless but also poor and middle income people.”

“I will never let anybody sweep Boston of the homeless,” says Mayor Martin J. Walsh.

In regards to housing, he described plans to build 53,000 units of housing by the end of the year, plans which include using city-owned property for low-income housing.

He also mentioned a new commission between the city and Pine Street Inn to help house homeless people. Rae wasn’t the first nor the last to bring up housing that night—citizens from Chinatown, for example, wanted to ensure housing remain part of the city’s plans whether or not Boston wins the right to host the games.

Gerry Scoppettuolo, a member of the BHSC and Act Up, challenged the mayor regarding Boston 2024’s proposal to use Long Island for shooting competitions in the Summer Games, including plans to ferry 7,000 spectators over. “Why ferry 7,000 spectators and not a few hundred homeless and people in recovery? Why shut out the recovering HIV patients at Safe Harbor?”

After closing the Long Island bridge on October 8, city officials rejected plans to ferry clients onto the island, citing concerns about medical emergency evacuations (no bridge means no ambulance access) and choppy winter waters. Mayor Walsh stood behind the decision against ferries, and added “My plans for Long Island have nothing to do with anyone’s plans for the Olympics.”

Long Island Shelter, Andrew House detox and many other programs were closed or displaced after the closure. The old bridge will be demolished soon and replaced within three to five years. The city is still open to returning services to Long Island.  Given the time frame, it’s unclear how the human services campus on the island would be affected by the games, but the proposed stadium location seems to take up most of Camp Harbor View’s campus. Camp Harbor View is a summer program designed to get inner city children out of Boston for a few weeks.

The rest of the meeting featured mixed reactions to the Olympics plans, though most challenged Boston 2024 chairman John Fish and Mayor Walsh about the affordability of the Olympics. Others questioned why the Olympic Games were needed as a catalyst for infrastructure improvements—improvements many citizens seemed to realize were needed well before the bid.

John Fish, chair of Boston 2024, stressed that most infrastructure proposals contained in the bid overlap with existing city plans—“items already in the queue,” as Fish repeated throughout the night.

Mayor Walsh assured the crowd he wouldn’t support the games if they go over budget, and cited a $25 million overrun insurance policy paid for by Boston 2024. He also added the Olympics bid “won’t take one bit of energy away” from his other duties, like improving schools, fixing roads and providing housing.