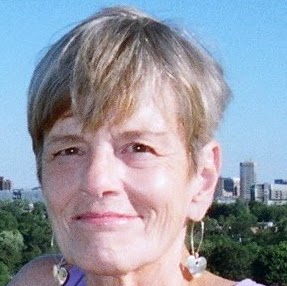 Some time after 1984, life was good and I was on a roll. I had successfully completed graduate school where they presented me with a shiny new Ph.D. I was on the road to recovery from drug and alcohol addiction. I had a great job, where I wore suits every day and made more money than I had ever dreamed about making. I was at the beginning of what promised to be a bright and well-deserved career. It was a long way from where I came. What could go wrong?

Under the glossy exterior, I was a mess. Years of childhood trauma, including a period of homelessness after my father died when I was 10, had left me pretty scarred. When my dad died suddenly of cancer, we sold our house and lived in a campground until the weather got really cold, at which point my mom and I couch surfed until we could make rent. I fit into the suits I wore so well at my new job because I was anorexic. I had no friends outside of work and few people to speak to at work. I thought I was invisible, and although I often had things to say, I hardly ever spoke unless directly addressed. I hated myself. I saw myself as a big phony- all my accomplishments were nothing but a reflection of my skill at getting over. I had only unhappy romantic relationships and one short marriage that ended disastrously shortly after it began.

I was proud when I stopped drinking and using drugs, although alcohol was more of a problem for me at end. I had let up on taking other drugs over the years, but it only made me drink more. When it became totally clear I could not control my drinking- when I took a drink I never knew if I would be able to stop before I passed out- I knew I was no longer in the class of social drinkers. I was smart enough to know I had to stop or lose everything I had worked so hard for.

I tried all the self-help groups: AA (Alcoholics Anonymous), NA (Narcotics Anonymous) and before I was through I was going to Al-Anon and ACOA (Adult Children of Alcoholics). As a third generation alcoholic, I needed all the help I could get. The meetings scared me to death at first, but gradually I saw that they weren’t going to throw me out (less true of NA) and nobody seemed to mind that I didn’t talk much. I bought the logic and reasoned that I drank and used drugs because I was a drug addict and alcoholic, and I had to learn how to live without booze and drugs, and work on becoming a better person.

However, for me, sobriety led to total psychological collapse. I couldn’t sleep, talking became even more difficult. I cried all the time, lost interest in life and chased after ways to die. I ended up being hospitalized for my own safety for about a year. I had made about six very serious attempts to end my life. During this time I had several courses of ECT (shock therapy), was on 1-on-1 watch most of the time in the hospital, and narrowly missed being committed to a state institution as incurably depressed.

I stayed sober through it all. But due to a misunderstanding about the value of psycho-pharmacological treatment that was prevalent among the “anonymous” programs in those days, I would periodically let myself be shamed into stopping my medications and would end up back in the hospital again.

I eventually accepted the fact that I drank and took drugs to medicate underlying psychological trauma. When the drugs and alcohol were gone, I was thrown back into the suffering I spent my entire life trying to escape. I needed to be clean and sober, but I also needed psychiatric medication to cope with the trauma. I also needed all the therapy I could get.

I was lucky with my therapists. A young psychiatrist convinced my mother to transfer me to his care instead of a state hospital. He found the drugs that unlocked the key to my mind so I could start talk therapy. My talk therapist was a survivor of drug and alcohol abuse herself, so she understood what I needed. She patiently, over a period of about 10 years, re-parented me, doing all those things for me that were necessary but never done by loving, sober parents. She taught me to love myself by loving me back into life. I had to learn everything about taking care of myself from scratch, like how to recognize when I was sick and what to do about it. We used to study child development books so I could see how children were generally raised and so I could understand the depths of what had been done to me.

Putting my life back together took a long time. It was a full-time job for about eight years. In spite of all the outside help, although necessary and important, I ultimately held the key to my own recovery. I can remember sitting on my front porch in my rocking chair thinking “Am I ever going to have a life again?” There was no place to go, nothing to do, no one to talk to. I was living on disability benefits and watched over by family, but it was not a life. I don’t know what made me think this, other than the intense desire to be someone again–to have a job, friends, things to do, a relationship–the things that I needed to make me more than what I was.

The courage came from somewhere deep inside, where there was a longing to be a person of my own creation. I just decided from that point on, I would say, “yes” to every opportunity that came my way. If someone called and wanted me to do something, go somewhere, try something, I was going to say “yes.”

I was terrified. But I did it. I said yes and yes again. Soon I had a network of friends, some of whom were recovering from mental illness like myself, and they taught me that there was really nothing wrong with me. When I truly believed them, I was free. I could have stayed in that rocking chair, saying nothing, living in fear. It certainly was the course of least resistance. But I wanted something more out of life and the only way I could get it was by taking small steps, such as agreeing to step outside of my comfort zone, no matter how scared I was.

That small change was all I needed. Soon I took a volunteer job to practice being in the world. After a year or so of donating my time at different places, a volunteer job was turned into a real job, designed just for me. I turned down a total, lifetime, federal disability status and the money that went with it, to go back to work. Fifteen happy years later they threw me a retirement party for my “dedicated service” to people with disabilities throughout Massachusetts.

I had had a career to replace the one taken from me. In 2002, I married my soul mate, which was just gravy. I had made a life I’m truly happy with. The remarkable thing is, I received so much more than I would have asked for, just by having the courage to say yes. My life was out there waiting for me the whole time, waiting for me to say “yes” to it.

If you are feeling down or thinking of taking your own life you can call CALL2TALK at 508-532-2255. CALL 2TALK is a confidential mental health and emotional support call line that assists individuals and families through stressful times in their lives helping the despondent and those who may be suicidal.