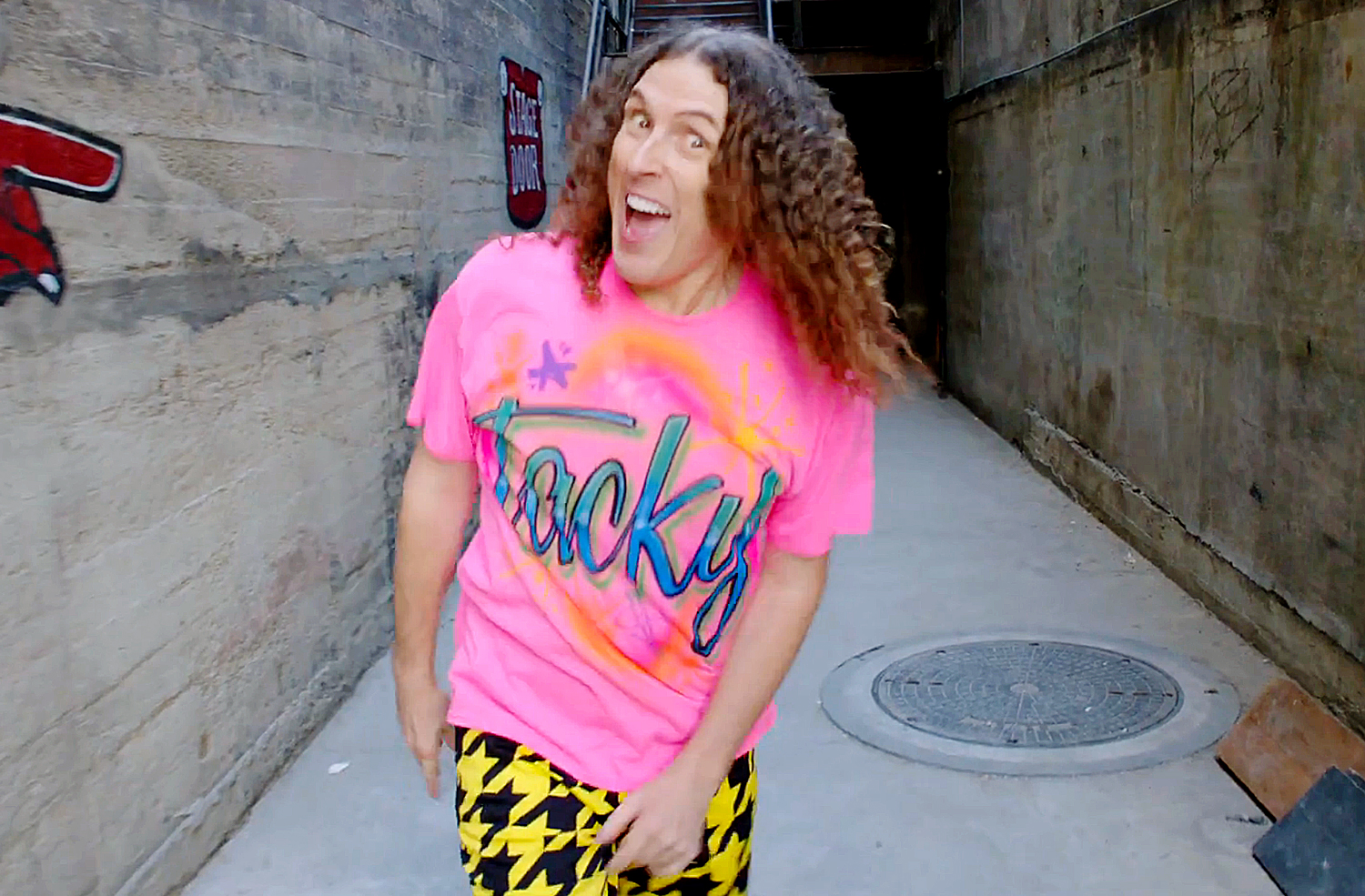 What can be said about “Weird” Al Yankovic that hasn’t already been said during his illustrious and highly influential 32-year career in the pop culture spotlight? Not much. Some words that come to mind though are humble, down-to-earth and “super chill.”

Four Grammy Awards. More than 12 million records sold worldwide. Over 1,000 shows played all around the globe. Influential to countless musicians and comedians. Droves of loyal fans. You would think it would all get to his head. Nope.

“Weird” Al Yankovic, who will bring his Mandatory World Tour to Boston for a two-night stay at the Wilbur Theatre on June 2 and 3 admits that, after all these years, he’s still surprised by his level of success.

One such event is becoming MAD Magazine’s guest editor for their April 21 issue. It’s the first time the satirical publication has awarded anyone the pleasure of being a guest editor in all its 63-year existence. “As a 12-year old who was obsessed with MAD Magazine, that would just make my head explode,” he emotes. “Also, having a No. 1 album just seemed inconceivable, even last year. It’s amazing!”

Yankovic, staying with a retrospective 12-year-old version of himself, showed a bit of surprise, as well, that he was even able to have a career making parodies. “I don’t think that the 12-year old me would even think that I would have a career in show business,” he says. “I was very adult-minded, very studious. I always thought that, at some point, I would have to get a real job, but I think the younger version of me would be pretty impressed that I have been able to do music and comedy for a living, because it seemed so unattainable at the time,” he continues.

The Mandatory World Tour, in support of His latest album Mandatory Fun, will include much of what he has used during his past tours, but that doesn’t mean Yankovic doesn’t try to improve his stage presence.

“It’s not a dramatic departure from the tours I’ve done in the past, except with the exception of being bigger and better,” Yankovic says. “We try to out-do ourselves every time we go out on the road, and of course, on this tour we are featuring material from Mandatory Fun. It’s still going be a multimedia extravaganza, with Hollywood-produced theatrics, along with a high-energy rock show with me and my band. There’s going to be costume changes, and film clips on big screens. I’m really looking forward to it. It should be great.”

Aside from the signature polkas, the Hawaiian shirt and the countless parodies about food, there is a side of Yankovic that many don’t see. He admits he has some strong thoughts on the issue of global hunger, but in true “Weird Al” fashion, he wants to keep things positive and steers clear of creating a divisive environment.

“Matters like that certainly do affect me in a deep and personal way, and I definitely have strong opinions about it, but I tend not be vocal about them because I’ve learned through social media that any political opinions you have are very divisive and I like to retain all the fan base I have, so I tend not be too vocal on topics that are controversial or provocative,” he says. “Personally, I try not to eat modified food, but there is a concern that maybe that is a way to solve world hunger. I think there are better and more effective ways to solve the problem of world hunger, but I just don’t know if they are as practical, given our current parameters.”

Yankovic attributes his ability to turn out high-energy shows one after another in part to his vegetarian lifestyle, which he has held himself to since 1992 after reading John Robbins’ Diet For A New America.

“I’m hard to say how much of a factor it is, but it is a factor. I don’t want to get on a soapbox, but I think being vegetarian is a healthy lifestyle choice, and I also think I’m just lucky to have good DNA,” he says. “I try to take care of myself and not abuse myself or do things that are harmful, and just doing the show itself keeps me in shape,” he says with a laugh.

Yankovic also has some words of wisdom and encouragement for aspiring musicians or comedians, and those words seem to embody everything that we have come to know and love about the multi-generational lyrical genius: “I could give a joke answer, but the real answer would be that if it’s your passion, go for it. When I was 12, I had a guidance counselor talk me out of wanting to write for MAD Magazine, which is when I decided to major in architecture. But after graduating, I thought, ‘well, I don’t love architecture, I love comedy, it’s what I love to do.’ You have to follow your passion.”

Like many of his die-hard fans, Yankovic, who has been a pop-culture icon since the early Reagan years, admits that he has thought about where his place in the Rock & Roll Hall of Fame could be. “Well, it’s certainly not up to me, but there has been some discussion. Obviously, those discussions haven’t been fruitful,” he muses. “But they’re at least talking about it, which is nice. I’m not holding my breath and it depends on if the Hall feels that it has room for a sense of humor among the inductees. I’m not really anticipating that it will ever happen,” he says, before responding with the best possible answer to this question: “I will tell you, that if some other curly-haired, accordion-playing song parodist gets in before I do, I’ll be kind of upset.”