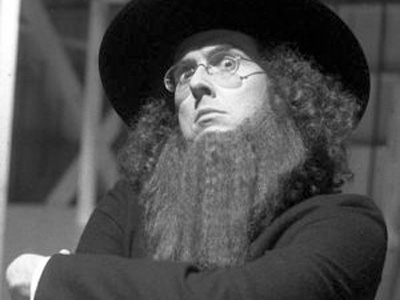 From his memorable nerd anthems to his onslaught of food parodies, here are our favorite “Weird” Al singles spanning three decades:

Best Line: “Get yourself an egg and beat it.”

Best Line: “It was smellin’ like a locker room, there was junk all over the floor. We’re already packed in like Sardines, now we’re stopping to pick up more!”

Best Line: “I’ve been milkin’ and plowin’ so long, that even Ezekiel thinks that my mind is gone.”

Best Line: “Yabba dabba yabba dabba do now … Don’t know what it means, but I say it anyhow!”

Best Line: “My zippers bust, my buckles break … I’m too much man for you to take.”

Best Line: “The only question I ever thought was hard, was ‘do I like Kirk, or do I like Picard?'”

Best Line: “Yoda sensed in him much fear, and Qui-Gon said “Now listen here! just stick it in your pointy ear! I still will teach this boy…”

Best Line: “We’re so loud and incoherent. Boy, this oughta bug your parents!”

Be sure to check out our cover story on “Weird” Al Yankovic, who’ll be performing at the Wilbur on June 2 and 3!