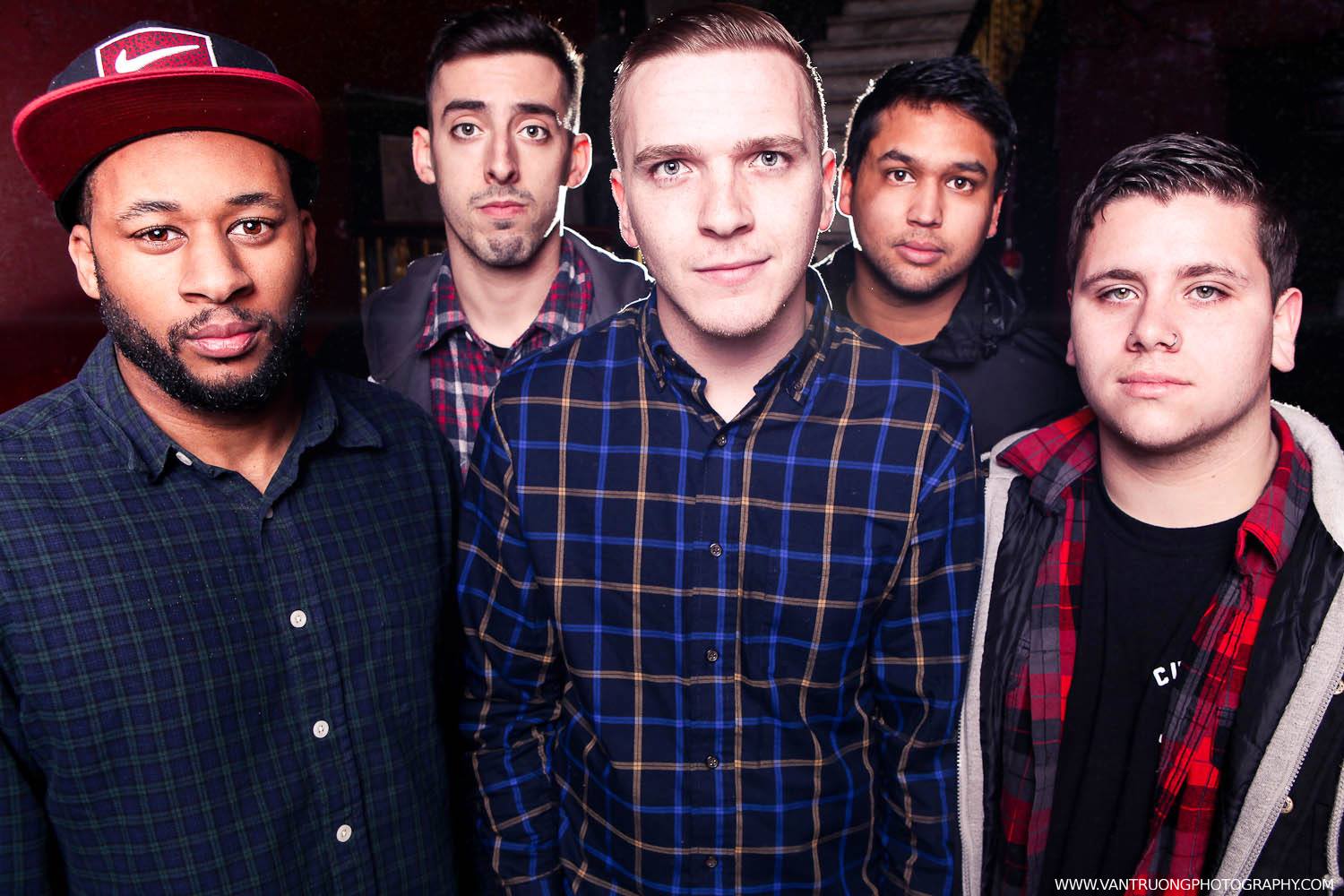 The voices of mainstream musical artists have always been heard when it comes to issues like homelessness and gay rights. What some people may not hear as much, however, are the voices of artists in the local circuit, which are just as valuable and just as rich in support and positive messages.

Josh Herzer of Lions Lions, a post-hardcore rock band formed in Boston in 2008, has plenty to share on his views of homelessness and the band’s support of the LGBT community.

For Herzer, gay rights are deeply personal. So much so that the band has created a “Lions Lions supports same-sex marriage” T-shirt to show their collective support on the issue.

“My sister is gay,” Herzer says. “And my mother, after divorcing my dad, dated a woman for a while. It didn’t end up working out, but growing up, for me … gay was just normal. So it was sort of a shock to see that there is a world that misunderstands and that fears the concept so much. It would be like if you grew up eating pasta and then everyone came up to you and was like, ‘You know, pasta, like, kills you!’ You’d be like ‘what do you mean?’”

Herzer continues: “It’s definitely something that weighs on my mind because it’s so bizarre. And I think it is so bizarre because it is something that has no effect on anyone but them. Our country has made so many leaps and bounds, but at the same time I’m still shocked that in 2015 this is still an issue. We’ll look back on this like we look back on women not being able to vote and we’ll be like, ‘Well, that was pretty f–ked up!’”

When it comes to the political aspect of LGBT rights, Herzer is just as passionate. “It’s governing love,” he emotes. “And it would be financially beneficial to them, because gay couples will still have to pay for marriage licenses and they’ll still be taxed. They have this preconceived notion that being gay is, like, going door-to-door in assless chaps and a feather boa trying to convert people. And in reality, most gay people that you talk to, you would have no idea.”

Even while not being a founding band member, Herzer acknowledges Lions Lions’ legacy of creating music with a foundation of positive, uplifting messages.

“I’m the second singer of the band,” Herzer explains, “but I was a fan of the band before I joined, and I think what drew me to Lions Lions was that their music had a message that was overtly positive, without being cheesy or preachy in any way. So when I had the opportunity to join, I sort of kept that going and tried my hardest to write about things that people could relate to, with a positive outlook, without just saying ‘do good stuff!’ and without it being too elementary. So far, I think I have been able to achieve that. At least I hope,” he adds.

As the frontman of the band, Herzer has certainly carried on that legacy, with the triumphant single Grounded off their 2012 effort To Carve Our Names. The music video for the track features footage of homeless men and women on the streets of Boston and Providence, Rhode Island, as well as statistics about global homelessness and poverty. Herzer reflects on his interaction with a homeless vet in Providence and cites that as the beginning of what the video turned into.

“We were walking around Providence and there was this guy who asked us if we could help him. So were like, ‘you want a coffee or something?’ and so we bought the dude some Dunkin’ Donuts and chatted with him for a bit. He was an Army vet, he had done a few years in the service, and the second he mentioned that, I just thought to myself, ‘Wow. I respect this person more than most people I know. This guy is a hero. What am I really doing? Just hanging around, singing silly songs. This guy should be in my position, if not better.’”

Herzer also shed light on what he and the rest of the band did with what was supposed to be the budget for the Grounded music video. They gave the money away to the homeless. “A friend of ours made the video so it didn’t cost anything and we just went out, walked around and gave it all away.”

“Homelessness is really interesting because it’s something that everyone has seen. It’s impossible to not know that it’s there,” Herzer says. “But it’s odd that it’s so prevalent, so present and yet people just ignore it so much. No one really seems to understand how much of it there really is and that these people are still human beings. Nobody chose that. It’s the type of thing where, if it’s not them, it doesn’t affect them.”

Aside from being the frontman of an up-and-coming rock band, Herzer also floats a full-time, 40-hour per week job, which allows him to empathize with those struggling to make ends meet.

“Our band is sort of a non-profit band but not by choice,” he says with a chuckle. “I work a full-time job, at 40 hours a week, at minimum wage and I live in a house with six other people because that’s the only way I can afford a place to live. I’m doing what they say to do, and it’s barely working. So, to expect that from people who are down and out and have nothing to stand on, it’s ludicrous,” he continues.

“When I joined the band, we didn’t really talk about these issues. It just so happens that I was set up with a band that wasn’t ignorant.”

Lions Lions is currently hard at work in their Providence-based studio working on an acoustic album slated for release in the fall.