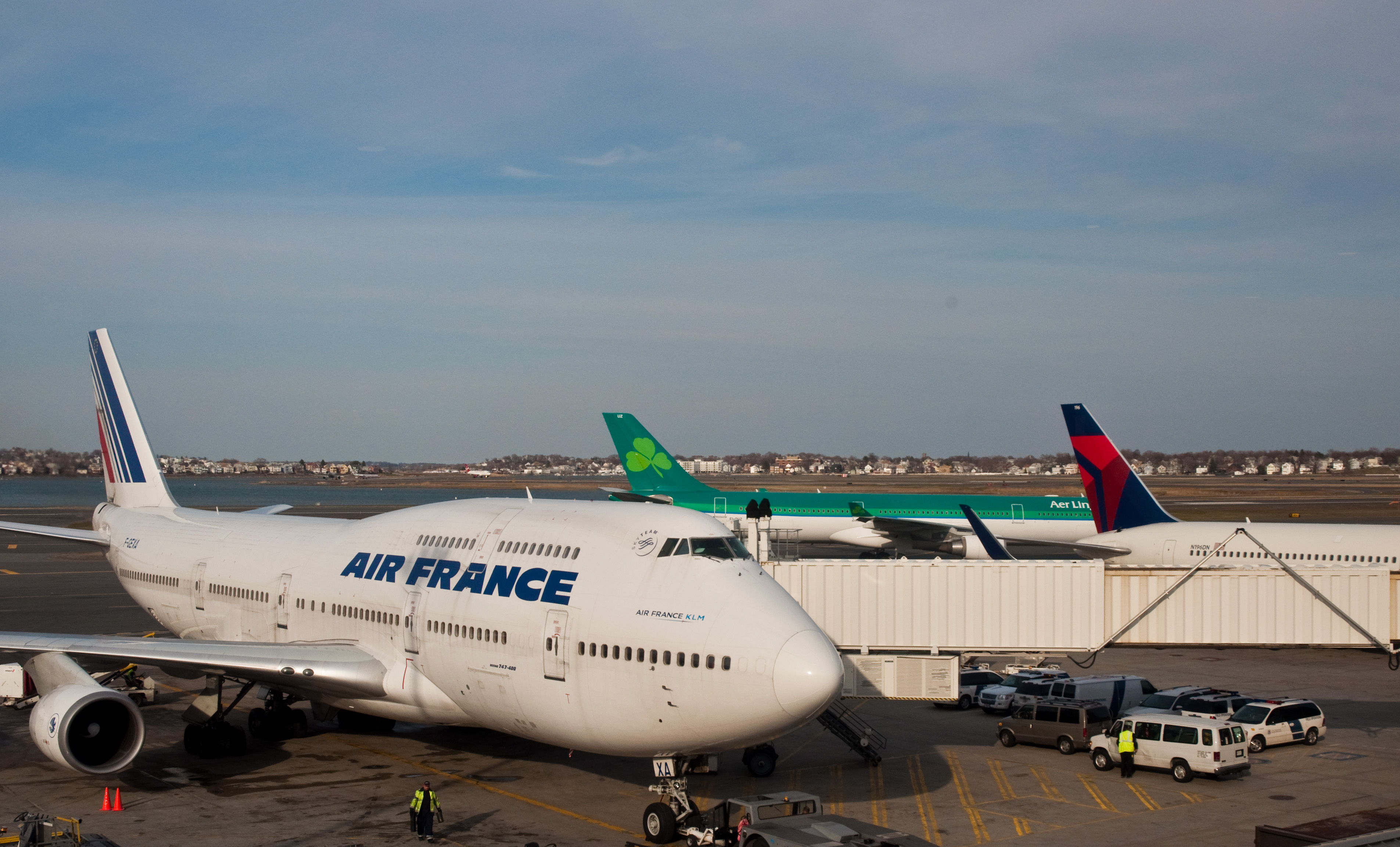 As of June 17, over 100 airport workers are on strike protesting the working conditions of two of Logan Airport’s biggest contractors, G2 Secure Staff and ReadyJet. Protesters began picketing at East Boston Memorial Park as early as early as 5 a.m., holding a press conference at 7:30 a.m., just steps away from the Logan Airport T stop.

Workers are demanding better wages, the right to unionize and an end to practices like wage theft, which earned their employers fines and investigations from the state and federal government. They vary from cabin cleaners to baggage handlers, but most have an average wage of $10 per hour.

“Here at Logan International Airport, the economic engine of New England, law-breaking contractors continue to mistreat hard-working men and women by telling them organizing is not for them,” says Roxana Rivera, vice president of SEIU 32BJ. SEIU 32BJ is a northeastern cleaners’ union that has helped organize Logan’s airport workers in past battles with management.

“We’re trying to get the basic respect that other airport workers already enjoy,” says Callia Cox, referring to the fact that other employees at Logan Airport are unionized. “We want a living wage to take care of our families [and] our students.”

The fight has been going on for roughly four years. The biggest accomplishment of those years was a wage increase from $8.50 per hour to $10. However, after the wage increase ReadyJet cut the hours of full-time employees.

Both contractors have been investigated and fined for past transgressions. In 2014, the Massachusetts attorney general found that ReadyJet had deducted the wages of 227 employees to pay TSA fines. The attorny general then ordered the firm to pay employees $13,045 in restitution and also imposed a civil penalty of $5,000.

The Occupational Safety and Health Administration (OSHA) fined G2 $2,400 for improper storage of hazardous materials. OSHA also fined ReadyJet $2,000 for workplace violations and is investigating whether the company illegally fired any of its employees over unionization—it has fired over 70 workers since January 2014, about one third of its workforce.

The National Labor Relations Board has also filed complaints against both contractors and has summoned them to hearings later this year regarding their actions toward pro-union workers.

Roduane Fadel, a G2 employee of six years, has seen plenty of coworkers being fired or pushed around for speaking up. “They like to pick on people,” he says.

“There’s a lot of intimidation and discrimination,” says Ugalla Ababuti, a G2 employee of three years and a Kenyan refugee. There’s also a lot of unfair pressure on workers, he notes—Ugalla is one of only four disabled mobility assistants working across 17 gates. “Sometimes we don’t get to take breaks,” he says, but they don’t get paid for working through their break.

Many of the workers on strike are immigrants and people of color. Some are trying to raise kids or support family abroad, and some are dealing with legal status issues. For example, Judith’s husband was deported, and now she needs to raise three kids on her G2 wage.

The workers spent the afternoon at the state house meeting with representatives. They have received notable support from politicians in the past, including former Attorney General Martha Coakley and city councilors like Tito Jackson.

As previously reported in Spare Change News, cleaning airplanes is a risky job: you work with harmful chemicals, you clean outside in the elements, and the interiors of planes can be filthy with human waste. Imagine dealing with all that without gloves or a facemask or proper gear for the rain or cold. One worker profiled in a previous article even sustained an injury after a plane door closed on her, knocking her into the plane’s cabin and hurting her back—luckily, she didn’t fall the other direction, a longer drop down the aircraft stairs.

ReadyJet and G2 were asked to comment but did not respond.

Note: A previous version of this article said the worker profiled broke her arm; it was actually her back that was injured, per the original report.