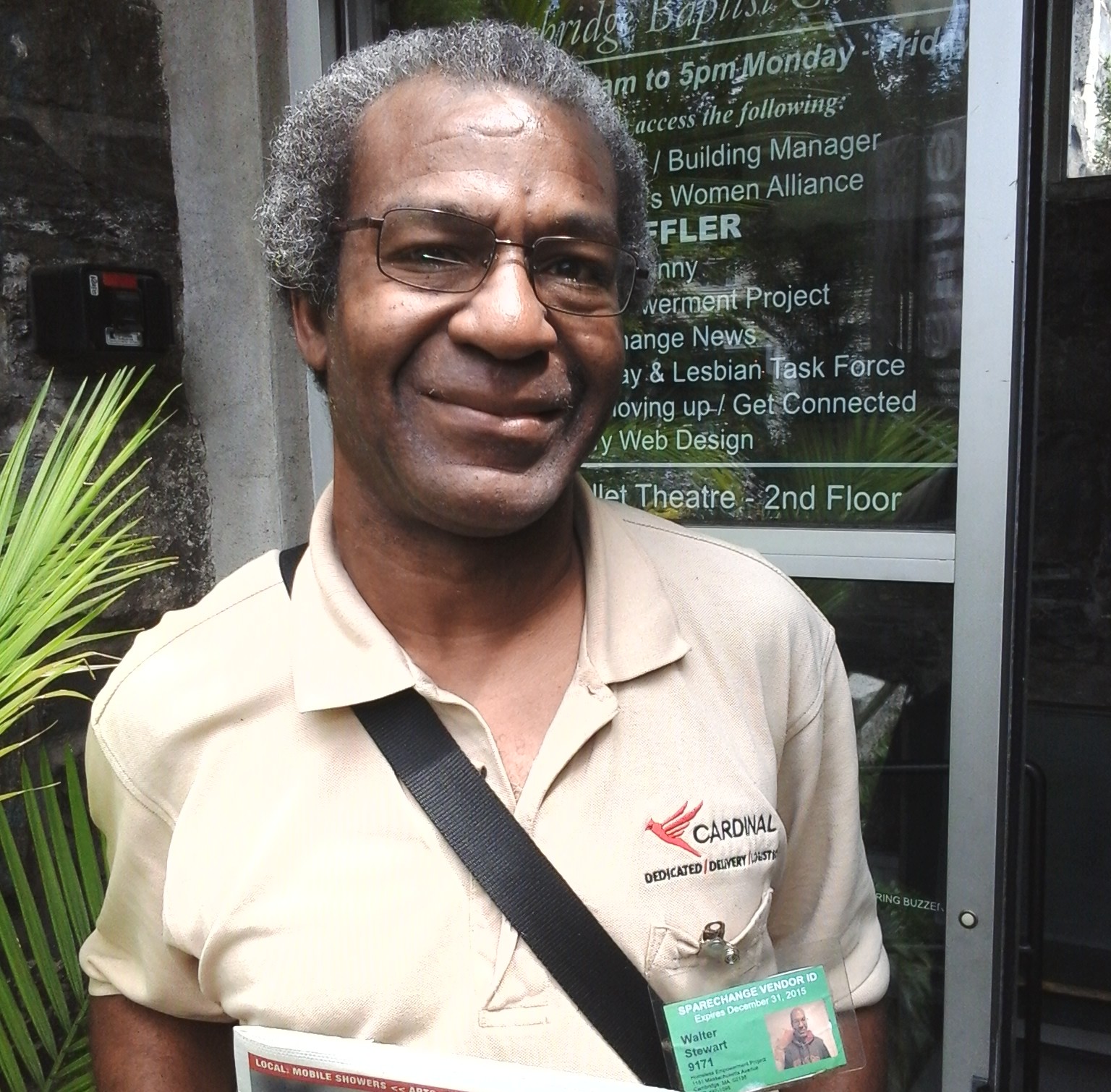 Walter Stewart was born in Gary, Indiana, a city founded by the United States Steel Corporation in 1906. Steel production ran in the blood of Garyites for over a hundred years and still, today, the city produces 7.5 million tons annually. With their combined careers, Walter’s father and grandfather worked in steelmaking for over 70 years.

Asked if he’d considered working at the steel plant himself, Walter says: “No, man! I took one trip there. That must have been in 10th grade. It must have been about 240 degrees in there.

“[Steel-working] is like holding a knife in a fire till it turns cherry red,” he adds, poetically.

While Walter was growing up in Gary with his three older brothers and his sister, he developed eye problems and had to have surgery. During this time, he was particularly close to his grandparents, and he recalls being the favorite because he was the cutest. “We used to take [my grandmother] fishing,” he remembers. “She’d catch more fish than anybody.”

Walter recalls Gary losing business as the steel industry declined. When he became an adult, he moved to Minnesota.

“I was there [in Minneapolis] when they were building the Mall of America,” he says. “It’s so cold up there. Minnesota is so north, you might as well walk into Canada.”

Thankfully, Walter never experienced homelessness in chilly Minnesota. It wasn’t until he moved down to Fort Lauderdale that he lived in a shelter, the Broward Outreach Center, for six months.

“It’s warmer down [in Florida],” he recalls. “You have law enforcement helping you, but it’s illegal to do some things. You can’t drink in public except on the beaches. It’s all right if you’re on your feet but they don’t have many shelters.”

One telling aspect of Walter’s time in Florida is that while he was staying in the shelter, he would go out to work on construction sites during the day. They were building high-rise apartments for the “rich folks,” he says, but people like him couldn’t find housing.

“Finding housing down there,” he says, “it’s like it doesn’t exist.”

When Walter first moved to Florida, he lived in Orlando and worked at Disney. He describes Orlando as a deeply divided city: On the one hand, there’s Disney and the money it brings in (it costs a family of five about $1,500 for a four-day pass to the theme park, according to Bloomberg). On the other hand, the city has the lowest median pay levels among the 50 most-populous metropolitan areas in the country.

Although Disney employs over 70,000 people in Orlando and recently agreed a $10 minimum wage (to be implemented by 2016), its practices are far from perfect. In fact, Walter was shocked by the amount of waste it produces.

“I couldn’t believe how much food was being wasted and they weren’t giving it to the homeless,” he says. “When I was at Disney, sometimes I’d be there till 10.30 and I’d come out with trays of food [and give them to homeless people].”

Sadly, Orlando is still not a particularly homeless-person-friendly place and perhaps today Walter might be discouraged from handing out those trays of food: an Orlando city ordinance has made it illegal to feed large groups of people in public without a license.

Nevertheless, Walter says he was glad to have an income and thinks there must be few things worse than being homeless and penniless at the same time. “I thank God I wasn’t like people who don’t have an income,” he says.

Walter moved to Boston in 2007, and in 2008, became a vendor for Spare Change News. “There was a guy who got me in called Jesse,” he says. “Me and my other half—she’s a vendor as well. We’ve been together for 11 years. We’ll make it official in the coming year.”

If you want to buy Spare Change News from Walter, you’ll find him near Pi Alley in Downtown Crossing.