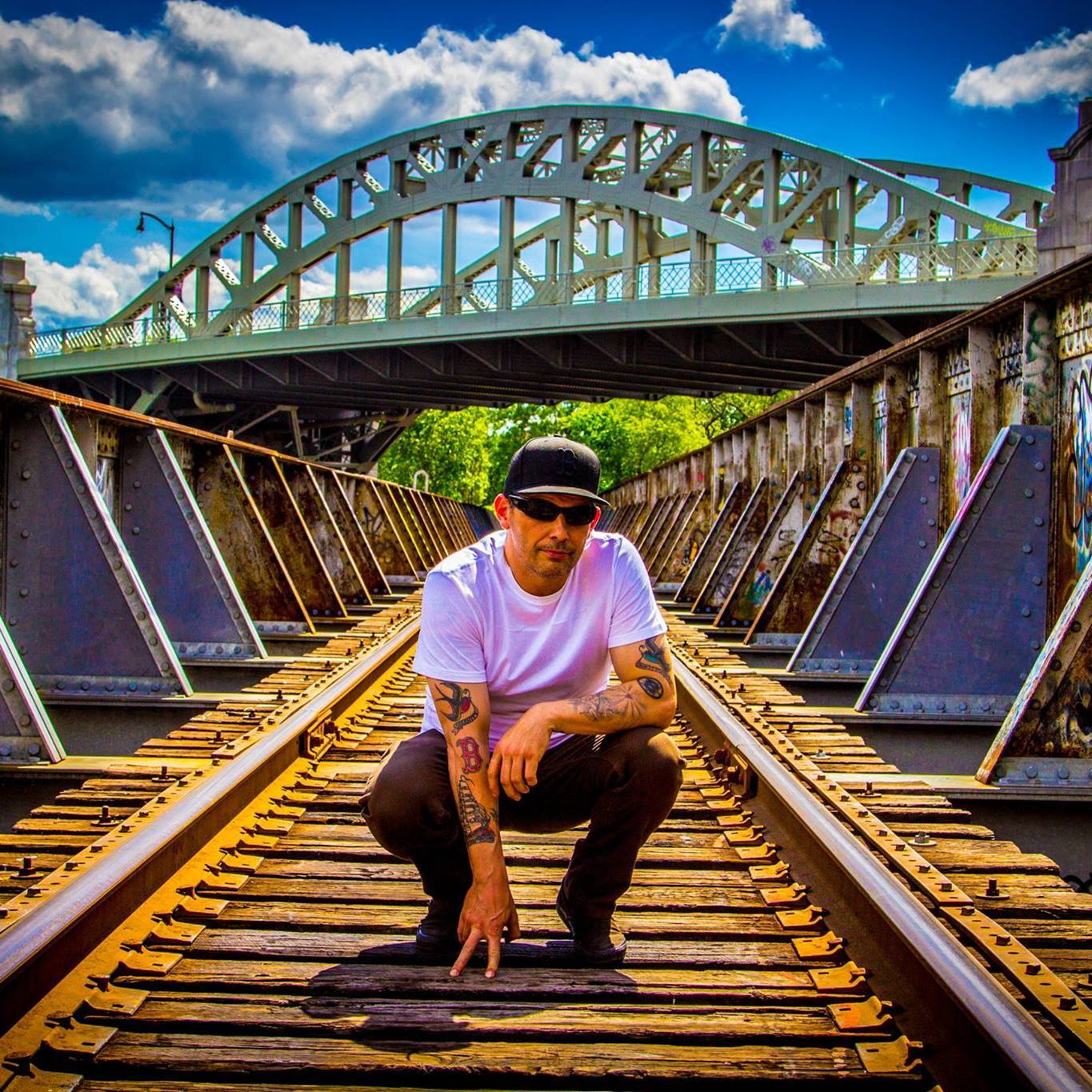 You may know McColgan as a founding member of Dropkick Murphys—he leant his voice to their debut album Do or Die—or as the current frontman of Street Dogs, a hard-driving, socially-advocating punk band that often pays homage to the Dot with their gritty, strong sound and passionate lyrics. And of course, songs like In Defense of Dorchester and Savin Hill.

McColgan is a well-known face in his community and for a good reason. He has spent his whole life in the Boston area and has continuously worked to make it better in whatever ways  he can. How—or why, rather—has he taken it upon himself to wear so many hats?

He has a simple reason for it all.

“It motivates me,” McColgan says about his numerous jobs. “Being involved in public safety or having been a veteran and serving the nation and being a first responder still, and being an EMT now and being a musician, those are fulfilling things for me, and to some degree they’re noble,”

McColgan continues: “I mean, at the end of the day, it’s been my experience and my upbringing, it was how I was raised, that when you can help someone, you help them.”

The musician served in the army in Germany, as well as in Operation Desert Storm, and is proud of his duty, as well as the duty of his fellow servicemen and women.

“I have nothing but the deepest respect and admiration for the brave men and women of the armed forces of the United States,” McColgan says. “Having a personal and intimate understanding of the complexities and difficulty of that undertaking, but realizing that, at the same time, it’s integral to have that defense of our nation and have those men and women who are brave enough to fight to preserve and safeguard our way of life,” he added.

McColgan, who quit Dropkick Murphys in 1998, has given us a glimpse into the mind of a soldier through his music, especially early Dropkick Murphys tunes like Far Away Coast. He has continually acknowledged his military brethren with songs like War After the War, Back to the World and Final Transmission, which paint a picture of the mental stress soldiers face.

With roughly 12 percent of the homeless in the U.S. being veterans (statistics courtesy of the National Coalition for Homeless Veterans), McColgan also acknowledges the growing crisis of veteran homelessness.

“Clearly, veteran homelessness is something that is sad and disheartening, yet at the same time, it’s a complex issue,” McColgan says. “More affordable housing needs to be built to assist homeless veterans and I think more services from the VA or veteran advocacy groups touting substance abuse and recovery services and referrals potentially to Alcoholics Anonymous and NA would behoove a lot of veterans,” he continues.

“I think it is incumbent upon the VA [to recognize that] we deserve more proper housing for our homeless veterans and create more outlets and services for them if they are suffering from substance abuse issues or PTSD,” McColgan adds. “At the same time, though, there are gonna be veterans who are suffering from these illnesses, with all of those services, where it ultimately is their decision to say yes or say no to those things. If they say yes, then maybe they can get cleaned up or they can go to counseling, and that may lead to referrals for housing through the VA or other veteran advocacy groups.”

McColgan continues: “You want to help people as much as you can and give them a chance to better themselves, but at the end of the day, the ultimate decision of whether to fly or stay grounded, to get better or stay sick is individual. I mean, I’m not Dr. Phil or Sigmund Freud or Oprah. I’m not an authority on any topic whatsoever, but that is just my experience.”

Experience can be a key attribute that weighs more heavily than the so-called authority of the likes of Oprah or Dr. Phil, and when it comes to the Dorchester community, McColgan is arguably an authority on the subject of its poverty.

“In the decline of economics and real estate, it makes it increasingly more difficult for working class people and middle class people to live in the city of Boston,” McColgan says. “So, I think one of the things that Mayor Walsh, his cabinet and his team want to do in conjunction with the Boston housing authority, and in conjunction with private energies as well, is to create affordable housing in the city of Boston,” McColgan continues, “and that would also include Dorchester, obviously. For some of those people who may feel left out or who have been boxed out because of housing costs, I think creating affordable housing might let them feel more involved and back at the table, so to speak, and really a part of the city of Boston.”

For McColgan, another important part of his identity, besides his loyalty to his Savin Hill upbringing, is his union roots. “I was born into a union family,” McColgan says. “My father worked for the Massachusetts Busing and Transit Authority on the track maintenance gang. He was a member of Local 589. My mother is part of the [Service] Employees International Union and she works for the city of Boston. I carry a union card from the Laborers’ International Union, Local 1421 for the Wreckers Union,” McColgan said of his pro-union upbringing. “I just believe that it’s crucial that if you’re gonna have a healthy middle class in America or in the city of Boston or in the state of Massachusetts, that working people have a say in their pay, their benefits and the working conditions. There can be no middle class without organized labor. Well, at least to the point where it’s not sustainable. Organized labor goes away, the middle class goes away,” McColgan adds.

The former Boston city firefighter even touched on how he felt about Governor Baker’s performance so far at the helm of the Commonwealth. “I think his initiative on recognizing the right of gay couples to marry legally and lawfully in the Commonwealth is applaudable. I think his position on human services, recovery services and mental health services is applaudable. I just wish some of his stances on organized labor weren’t draconian and counter-productive,” McColgan says of the first-term governor. “I think he’s pretty progressive and open-minded as far as being a Republican goes. I just wish he had a better track record on labor. With all things considered, so far his performance is pretty good,” he adds. “As far as human issues go, and where he stands on criminal justice and things of that nature, I feel like he’s done a good job.”

McColgan also took some time to touch on the current hot button issue of gun control. “As far as weapons go, I think every law abiding citizen who has a clean background and has safety training should have the lawful right to carry a firearm. I really believe, though, that in all 50 states, there should be extensive background checks if someone wants to go and get a weapon,” he says. “I don’t think that one state should have a set of rules and another state have a different set of rules. I think it should be a uniform set of rules. Clearly, there shouldn’t be people carrying a gun because of things in their background,” McColgan adds, “but law-abiding citizens with the proper safety training have the right to have a gun. That’s a fight of our forefathers.”

You may think it’s crazy, seeing how much he has done in his professional life, but for McColgan, there’s one simple reason for it, and he says it in his own words: “It motivates me.”