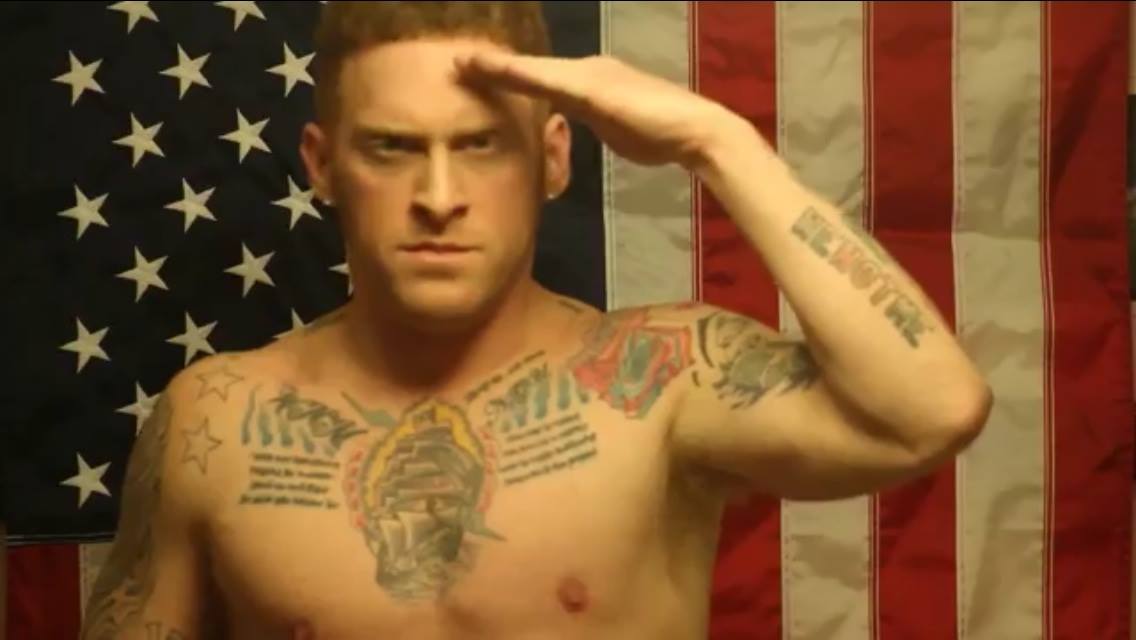 Heroin and opiate-related deaths within Massachusetts have seen a significant spike in numbers in 2015. It’s a monster that grows day by day. Haverhill native and up-and-coming rapper Logan Godfrey has something to say about how the epidemic is affecting him, his hometown and his career.

“I was writing against opiates and substance abuse even three years before the epidemic,” says Godfrey. “When the epidemic was prevalent, I took the opportunity to make an awareness video of the dangers of opiates. The stars just sort of aligned. I knew that since I had such a big following on the Internet, that the video would potentially reach the press so more people could get educated,” he continues.

As many musicians do, Godfrey uses real-life experiences to create music as a type of therapy and awareness, both for himself and his listeners.

“Music was a tool for expressing myself,” he says via e-mail. “If I had something bothering me, I’d create a song from the heart. By releasing it onto the Internet, I was able to be heard and people were able to relate. This was very relieving and therapeutic for me as it was the gateway to my psycho analysis.”

He cites his own battle with substance abuse as a guiding light in his career, as well.

“Coming off drugs was a huge influence in my come up with music,” says Godfrey, about his past struggles. “It’s what rode me out of the darkness. I latched onto music for survival. My environment growing up was a big part of it as well. I would go out and live a life worthy of rapping about, and then go home and tell my story.”

When he started rapping, Godfrey sought to set himself apart, to make himself unique, in an industry that has largely been perceived as anything but positive and uplifting.

“I remember thinking to myself ‘if I’m really going to do this, what’s going to make me different from all other rappers? What piece of the puzzle will I fulfill?’” he recollects. “I was once a victim to the brainwashing of mainstream hip hop. I felt that music was a huge advocate to my addiction with drugs. My message sort of formulated itself as I was fighting for my life through music,” he says. “I naturally picked my battles. The conviction in my voice throughout the delivery of my message was there because I was living it. Also, every artist meets a point in their progression where they can either praise God, or go against Him. I found myself forming a strong relationship with God throughout my progression. So it became clear in my music,” says Godfrey.

As a Haverhill native, Godfrey has a lot to speak of from experience. As numbers show (courtesy of Haverhill’s Eagle Tribune), heroin and opioid-related deaths have only been higher in the city of Lynn. Law Enforcement has blamed part of the epidemic on the affordability and purity of the drug. In the time between Thanksgiving 2014 and January of this year, there were 11 heroin overdoses.

“The fact that Haverhill is considered the ‘mecca’ for the heroin epidemic is just a coincidence,” says Godfrey. “It seems everyone in the area has had a friend, relative, or someone they know die from drugs. I’ve been writing music about this stuff for years, it’s just by chance that my town was hit the hardest by the epidemic.”

He also labels himself as an “evangelistic rapper.” His faith is a big part of his drive to be an advocate for those affected by addiction, and he feels his talent and career have been gifts from God. He also feels a sense of responsibility when it comes to his younger audience, and the messages he makes sure get through to them.

“My relationship with Jesus has grown as I have evolved and developed as an artist. I feel strongly that music is sort of a ‘calling’ from him,” he emotes. “My position in hip-hop is simply a tool for guidance for my fans. I discuss real life issues. My fan base is very young and impressionable. I expand my horizons by discussing different key elements of problematic behavior like substance abuse, degrading women, and self-injurious behaviors.”

And while he is hopeful that his messages will help those struggling with addiction, he also admits he can only do so much himself.

“Ultimately, I won’t be able to help addicts in their current state. I can only influence,” he continues. “You see, addiction begins in middle school. Not because that’s when they start, but that’s when they can be molded into making positive coping decisions rather than harmful ones. So that’s where I come in.”

In addition to his music, Godfrey also took time to share a few words of hope for those dealing with addiction.

“Life is a beautiful thing,” says Godfrey. “A person has the opportunity to be filled with happiness or love the darkest days in hell. Life is all about perception. Quitting drugs isn’t the end of your life, it’s the beginning a beautiful new one. It’s another chance, a ‘get out of jail free card’ if you will,” he continues.

“It’s another opportunity to mend damaged relationships, live without dependency, and most importantly, the chance to feel self-actuality and really love yourself.”

Logan is taking his catalog of positive messages and words of hope and encouragement on the road with him as he starts what he calls one of a number of “mini-tours” throughout the U.S. and in Florida during the first week of September.