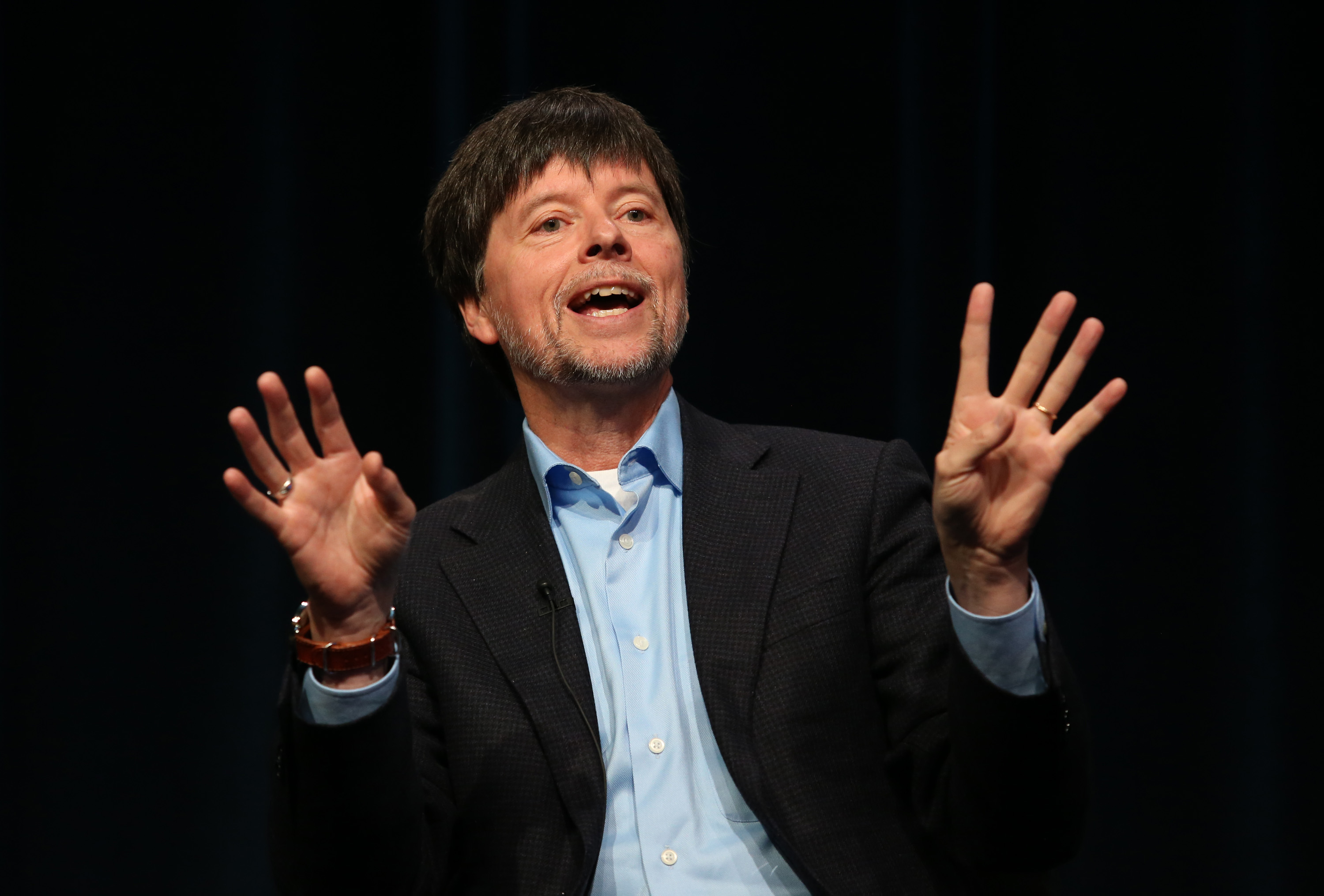 It’s hard to have a conversation about American history in today’s world without referencing at least one of Ken Burns’ documentaries. From National Parks to Baseball to The Roosevelts to The Civil War (the latter celebrates its 25th anniversary this month with a re-broadcasting of the groundbreaking series), it’s undeniable that Ken Burns has cemented himself into the landscape of Americana.

We can see from his many works that the visionary filmmaker loves what he does. However, not everyone knows that, for Burns—who is a graduate of Hampshire College in Amherst—film has been a passion since grade school.

“I feel extraordinarily lucky,” he says. “I knew from very early on, by 12 years old, that I wanted to be a filmmaker. I knew, by the time I was 19 or 20, that I wanted to be a documentary filmmaker, with a type of certainty that people rarely have at 12, and even 19,” he continues. “I shortly realized after that, that I wanted it to be on American history, and focusing on really complex issues in American history. I feel very fortunate that I’ve been able to do that now, and work at it for these many years.”

Besides mastering his craft, Burns has his audience a deeper understating of the issues that have blighted our society for centuries. This is thanks to his coverage of race relations and the inequality that exists in many different parts of American culture. With the re-broadcast of The Civil War quickly approaching, Burns took some time to weigh in on the discussion of the fate of the Confederate flag, which has caused a stir around the nation, mainly in the South.

“I don’t know why it’s a debate, and I can give it to you very quickly,” Burns says. “The Dixie flag, the Confederate flag, is, in fact, just one battle flag of a few of the army of Northern Virginia. It’s not the official flag of the Confederacy. It’s not the flag that flew over Fort Sumter when it fell in April of 1861. That’s called the ‘stars n’ bars’,” he continues. “That Dixie flag, the Confederate flag that we are supposedly ‘debating’ came into prominence and use and worked its way into state flags in the confederacy and got put out on the State House lawn and then got put on bumper stickers after 1954. Now, what happened in 1954?” Burns asked. “Brown versus the Board of Education.”

Burns continues: “This is not about someone else’s history or someone else’s age. This is about resistance to Civil Rights and that’s all it’s about,” Burns explains. “So, you sometimes need to go back in history and check the facts. The fact is, that flag was not in prominence, and it raises some very disturbing questions about why Americans, who are born with the idea that all men are created equal, actually don’t believe that,” Burns says. “They believe that some people, who have light pigmentation, are considered equal.”

While Burns is obviously very confident about his thoughts on the Confederate flag discussion, he admits that it “doesn’t hold a candle” to the daily lives of African-Americans.

“The Black Lives Matter movement is exactly right,” Burns says. “It’s saying ‘why do we pick up our newspapers every week and find out that another black teenager has been killed by the police or by somebody else and they get away with it?’ and it seemingly doesn’t matter,” he reflects. “It’s that housing discrimination, that wage discrimination and discrimination in so many areas of our lives goes on. The fact that we even need to have a movement called Black Lives Matter seems to be a monumental failure on the part of the United States.”

In addition to his feelings on the racial tension that has seemingly overtaken America again, Burns shared his thoughts on poverty and inequality and what he feels needs to change so these issues can be properly addressed.

“Right now, we have a whole bunch of politicians who like to inflame people by setting one group against the other, and that doesn’t solve anything,” Burns says. “To make immigrants the enemy doesn’t help anything. To make African-Americans the enemy doesn’t help relations in the United States. We have to do something,” he continues. “I’m for justice. I’m against poverty, inequality and unequal wages and so should anybody. It’s that simple. The fact that these exist and there are people out there that say ‘yes, but’ just flabbergasts me.”

And what would a discussion about the current state of America be if we didn’t bring up Donald Trump?

“Well, he’s a narcissist. We live in a narcissistic culture,” Burns says. “Everything we do is sort of designed for us. Our social media, our personal phones, iPads, and we live in an age of reality stars,” he continues. “The height of narcissism is reality TV, which is, of course, not reality. It’s unreality. And Donald Trump is the master of the reality show and the unreality show. Just like Mussolini in Italy, he’s convinced people that he can ‘make the trains run on time,’” referencing the excuse the Italian dictator used to further his power during the ‘20s and ‘30s.

“These are entrenched problems that have baffled people who are a lot smarter than me,” Burns says, regarding what the remedy should be for social and economic inequality. “I’m not sure they’ll ever be completely healed, but the way to not go about it is to demonize immigrants, demonize black people or demonize poor people. That’s the exact opposite of what needs to be done.”

Lastly, Burns touches on the importance and power of film. He says that he wanted to be a documentary filmmaker thanks to a professor who taught him while he attended college in Massachusetts.

“I was inspired by the emotional power of motion pictures when I was 12, when I thought I wanted to be a feature filmmaker,” Burns says. “When I went to Hampshire College and my teachers, particularly one Jerome Liebling, reminded me that there’s as much drama in what is and what was than anything the human imagination can dream up, and I sort of had my molecules rearranged,” Burns recollects. “I don’t think of it as my job, but more like my life’s work.”

Burns believes in the durability of art. “For me, it’s not only trying to reflect back on the events that happened at a particular moment in history but also the ideas that those events sort of set in motion or dealt with or tried to deal with,” he continues.

“I don’t think there are cycles of history, I don’t think we are condemned to repeat what we don’t remember,” Burns admits. “Those are nice crutches, but I do think that human nature remains the same. We superimpose our nature on the random course of events. That nature is sometimes Puritan, sometimes prurient, sometimes greedy, sometimes generous and sometimes all of those things at once and that, to me, makes for a very interesting story,” he adds.

“And as long as I’m able to, I’d like to continue to tell those stories.”

Beginning on September 7, Burns’ The Civil War series will re-broadcast on PBS in celebration of passing the quarter-century mark.