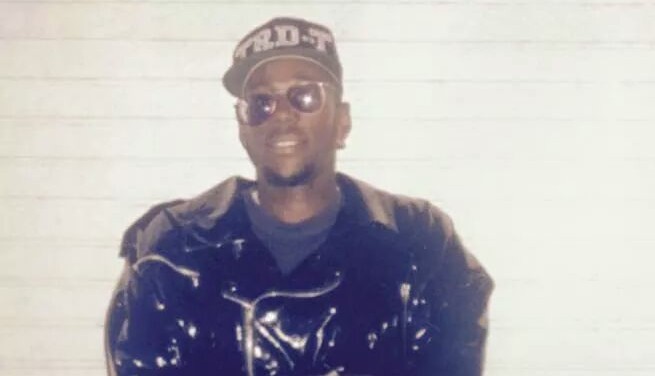 His friends may know him as Birdy but the name you’ll see on this vendor’s badge is Odell. How did Odell come by this nickname? Well, growing up, he enjoyed riding his bike, and one day, riding up a steep ramp, he went flying in the air—almost like a bird, his friend said. From that moment on, Odell became Birdy.

Growing up in one of Roxbury’s smallest housing developments on Whittier Street, Birdy appreciated the sense of safety that came with belonging to a small community. He also remembers what it was like to step outside that community and come face to face with the problems associated with larger housing developments.

“The more people, the more problems,” he says. “More of something is not always good. When I was growing up, just to walk to the store, we could get beat up and our money taken.”

Although his experiences sometimes encouraged him to adopt a “harsh attitude” toward life, he remembers his childhood with his father and mother with fondness. In fact, his mother continues to live in that development to this day, though she’s recently been asked to leave so they can demolish it and rebuild it.

In keeping with his preference for smaller communities, Birdy stays at the Pilgrim Homeless Shelter in Boston. He describes it as “a small shelter” with “less people.” Before that, he was living on Long Island and got to see firsthand the fear and panic that accompanied the rapid evacuation last year.

“Looking at people’s expressions, you could see the fear in their faces,” he says. “That particular day, it was like no one had a position—it wasn’t about being staff or being homeless.”

Birdy’s claim to fame is that he used to be a professional dancer. For a glimpse into his showbiz past, check out page two of the newspaper where you’ll see him wearing an ‘80s-tastic PVC jacket, shades and a baseball cap bearing the logo of his dance troupe TRD (“Tough Rhythm Dance”).

Think Michael Jackson’s dance moves, Marcia Griffiths’ “electric slide” and then add in some acrobatics—that’s the kind of dancing Birdy’s troupe helped innovate. When the troupe performed on Showtime at the Apollo, Birdy was prepared for his “dance troupe from Boston” to receive boos from the mainly New York crowd. Sure enough, they didn’t disappoint. However, the troupe’s fortunes soon looked up and after four performances, they managed to score second place.

So if you want to buy Spare Change News with some tips on the “electric slide” on the side, keep your eyes peeled for Birdy.