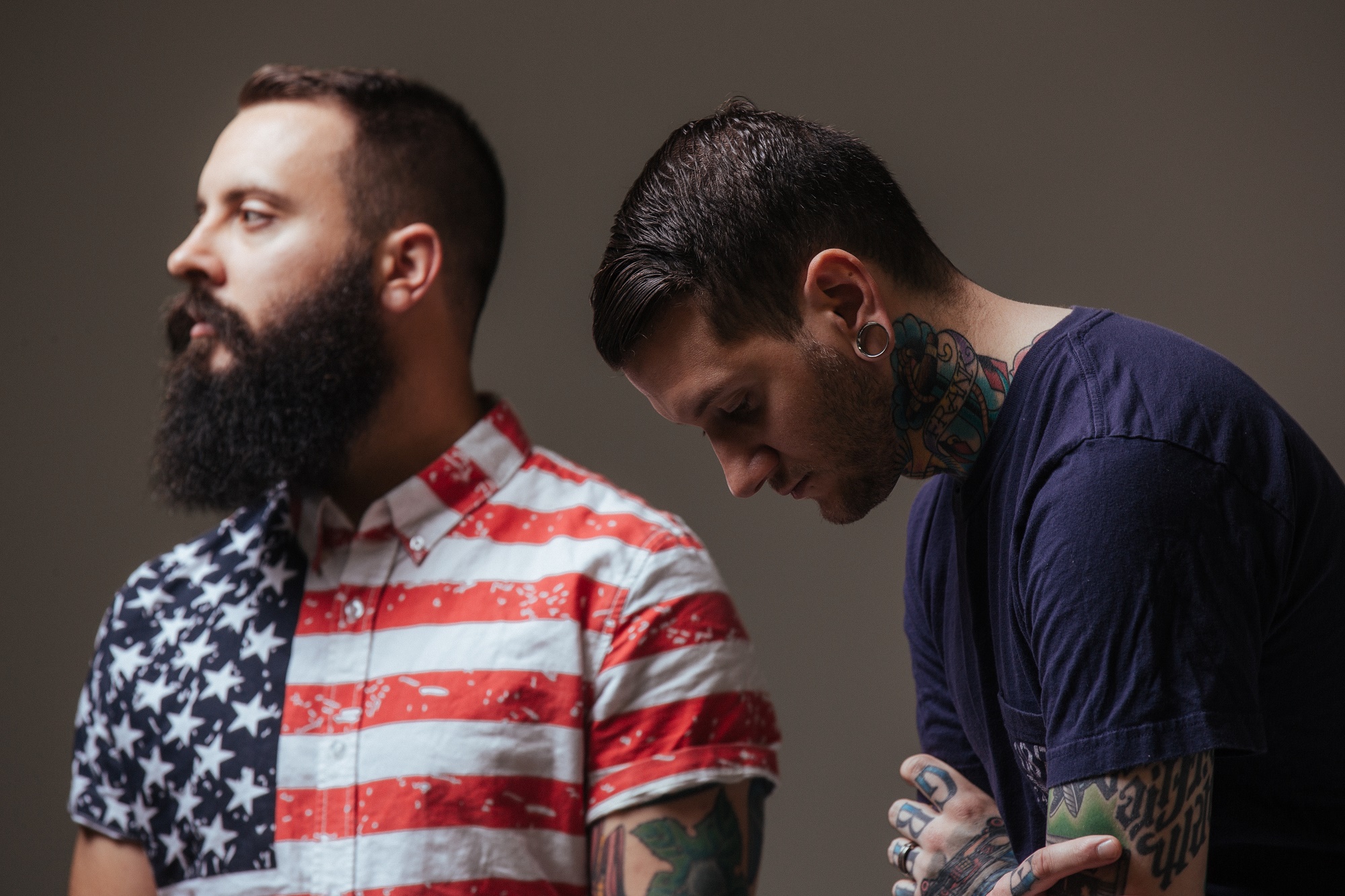 Kevin Jordan, frontman of the acoustic two-piece This Wild Life, took some time to discuss police brutality, the unfair treatment of the homeless and the Alternative Press tour, which begins its seven-week trek across North America at Boston’s House of Blues on October 14. The tour features This Wild Life, Real Friends, As It Is and Mayday Parade.

“We’re really excited,” says Jordan about the upcoming tour. “Festivals are cool and Warped Tour is awesome, but I think our music is definitely a lot more conducive to being played in clubs,” he continues. “That setting is just more appropriate for our style of music and the way we like to perform it live.”

This Wild Life, the band that Jordan and his friend, Anthony Del Grosso, started with a vision to stand out from their favorite bands in the metal and hardcore punk genres, is rising in popularity within the Warped Tour crowd, thanks, in part, to their two-year spot on the summer punk festival’s increasingly eclectic lineup. While their music is far from punk and hardcore, This Wild Life has been widely accepted into the punk rock community thanks to their decision to be open and welcoming with their fans.

“Anthony and I both made a decision very early on,” says Jordan. “You can treat a band one of two ways. You can be a band that won’t ever talk to people, won’t do any press, won’t put anything out but musical content and we think that’s totally cool if you want to be an ‘artsy’ type of band,” he explains. “We just decided really early on that we weren’t going to be the mysterious band. We’re just going to be ourselves and try to talk to people as much as possible. Hopefully, that way, people will get a feel for who we are as people, so that they are more willing to support us as musicians.”

Jordan also touched on the position the band is in when it comes to supporting charities and standing behind social causes, and what their part is in encouraging their audience to be involved in social causes.

“I wouldn’t say we’ve been silent, but we haven’t really taken a stance on anything as a band until now,” says Jordan. “We’re finally at a stable spot with this band where we can finally start taking things on that aren’t just keeping our heads above water, so we’re starting to work with charities and stuff like that,” he says. “People in our positions definitely have a responsibility to put something good into the world and to stand for more than just selling shirts and concert tickets and stuff. We’re playing a benefit show for the National Breast Cancer Foundation next month in our hometown and I know we’ll continue to do things like that when we have the opportunity.”

Along with support for causes like the NBCF, Jordan also touched on social issues like homelessness and the wave of police brutality that has overtaken the headlines for the better part of 2015.

“Police need to be held to the same standard or even a higher standard,” says Jordan. “I grew up in Southern California, where it is very culturally diverse, and I loved it. My mom was always really adamant about not judging people based on the color of their skin,” he says. “But it seems like there is some issue with that still, not only in California but all over the country where it seems like it’s even more concentrated with racism.”

Jordan continues: “Bad news is always going to travel faster than good news, and there are definitely good cops out there, so you can’t generalize with something like that. You can have a blanket statement of ‘all cops are pieces of s—’”

The frontman also praises the evolution of technology in terms of awareness when it comes to police brutality.

“I think the Internet and people having these HD cameras on their phones has been huge in holding police accountable,” says Jordan. “Putting cameras on cops’ chests, and people pulling out their phones and posting stuff like that, it should scare the bad cops that people are going to expose them,” he continues. “They shouldn’t feel being behind a badge makes them above the law. They should be upholding it and being held to a higher standard. We are aware now that police brutality is a thing, and the bad cops should be scared that they are going to be reprimanded if they are not acting within the law.”

Jordan also touched on the subject of homelessness, in an almost fitting way, as we commemorate the one-year anniversary of the closing of the Long Island bridge.

“The people who were fortunate enough to live and be raised in nice areas are quicker to just sweep it under the rug, and it seems to be a bigger issue in downtown areas,” Jordan says. “Growing up in a military family, [I’ve seen] veterans out there that have struggled with mental issues after being on deployment and come home and can’t assimilate into society and wind up falling into drugs or alcohol, or losing their homes, it’s really sad to me,” he continues.

Jordan also feels that there should be a better attempt at creating services for the less fortunate that allows them to use the Internet as a tool to find ways to get help.

“Homeless people aren’t walking around with smartphones with data plans to really look into ways to help themselves, and there should be outreach programs to provide these people with the information they need to seek help,” says the bearded SoCal native. “No one is immune to mental illness. No matter what your situation is, you should be able to look at it with humanity and say ‘this could be me, and there is no difference between me and that guy, except for the things that he’s been through.’”

Tickets for the House of Blues stop on the AP Tour featuring This Wild Life are still available, and Jordan and Del Grosso have plans to begin recording a new record, a follow-up to 2014’s Clouded after Christmas this year.