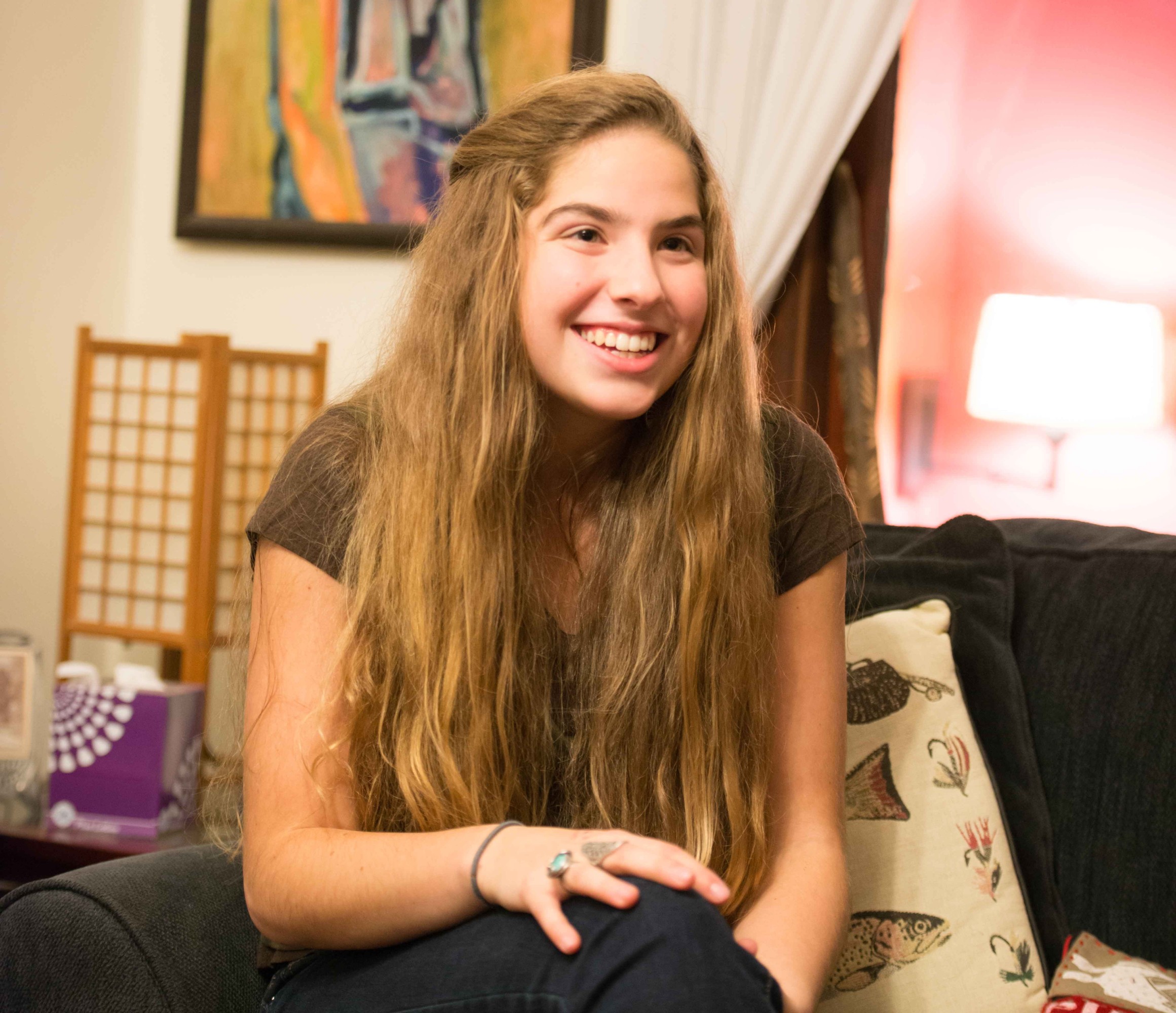 Earlier this month, about 40 people and a fluffy off-white dog gathered in a chestnut house in Watertown scattered with homemade treats and drinks to help launch Cards4ACause.

The intimate setting was reflective of what 14-year-old Watertown High School freshman Joanna Munson-Palomba said she wanted her organization to stand for.

“This is an issue that is very pointed, and very delicate, so we need to approach it in a personal way,” she said.

Cards4ACause is a nonprofit organization that collects gift cards for the homeless community, focusing more specifically on people’s immediate needs. The gift cards are then given to the Harvard Square Homeless Shelter, and the shelter cycles the gift cards through the coldest season.

What makes the high school freshman’s campaign so unique is that it fosters a more personal relationship between donors and those receiving the donations, simply because both the donors and the recipients have a choice.

“I chose gift cards because they allow for something that is often forgotten [when] trying to help struggling people,” Munson-Palomba said. “Individuality.”

She went on to explain that this option suits people who are often scared to give cash to people they encounter on the streets. Her organization makes people feel more confident about giving their money because they know that it’s going to help people receive things they need.

The gift cards are usually bought from easily accessible stores such as CVS, Star Market, Dunkin’ Donuts and 7/11. Some stores are chosen over others because some stores offer alcohol and tobacco products, whereas others do not. When Munson-Palomba receives checks from donors, she bases her decision about what gift cards to buy on her research about the most accessible and cheapest stores. She feels that this awareness of price and location is crucial for maximizing the dollars allocated on the card.

While the donors do get to choose the store in which their money can be spent, it’s up to the cards’ receivers to choose what products to buy. Cards4ACause stresses the importance of individual decision making, which is based in Munson-Palomba’s belief that everyone has different needs at different times.

“It’s not usually a problem of homelessness alone,” said Jonathan Hecht, a Massachusetts State representative who briefly spoke at the gathering. “Many of the people who are homeless in Massachusetts have very significant problems in other areas that may have been a contributing factor to their homelessness.”

Hecht stressed that homelessness is a multifaceted problem and that a single, tunneled approach will not be effective. That is where Cards4ACause’s applicability in various situations proves effective, Munson-Palomba said.

“I don’t think you can support everyone by giving them the same physical products,” said Munson-Palomba. “Gift cards, however, let people choose for themselves what they feel they personally need.”

While Cards4ACause was officially established approximately eight months ago, Munson-Palomba said the vision was born much earlier.

“I was seven year olds when I was first really inspired,” said Munson-Palomba. “I walked into Harvard Square and I was really startled and scared of the idea of homelessness.”

This realization stayed with her, and she later put it into action with the help of her mentor, Stephanie Kinkel, a math and science teacher at Meridian High School.

Kinkel aided Munson-Palomba with the process of brainstorming organizations and helped guide her toward the people she needed to speak to. However, Kinkel emphasized that all the hard work was done by Munson-Palomba.

“It started as just a bunch of scribbles on a chalkboard, and it’s really grown into something wonderful,” Kinkel said.

At the present time, Cards4ACause is still growing and Munson-Palomba said she is still working out some of the necessary networking. Next year she plans to hold the same fundraiser, but in a larger hall and in a grander sense. As for her long-term view, she said she is hoping to work out a deal with some stores to make buying gift cards an option for people at store counters.

“This is not me being political,” said Munson-Palomba. “This is me trying to directly help the homeless.”

Sharing
Tags cards 4 a cause, watertown