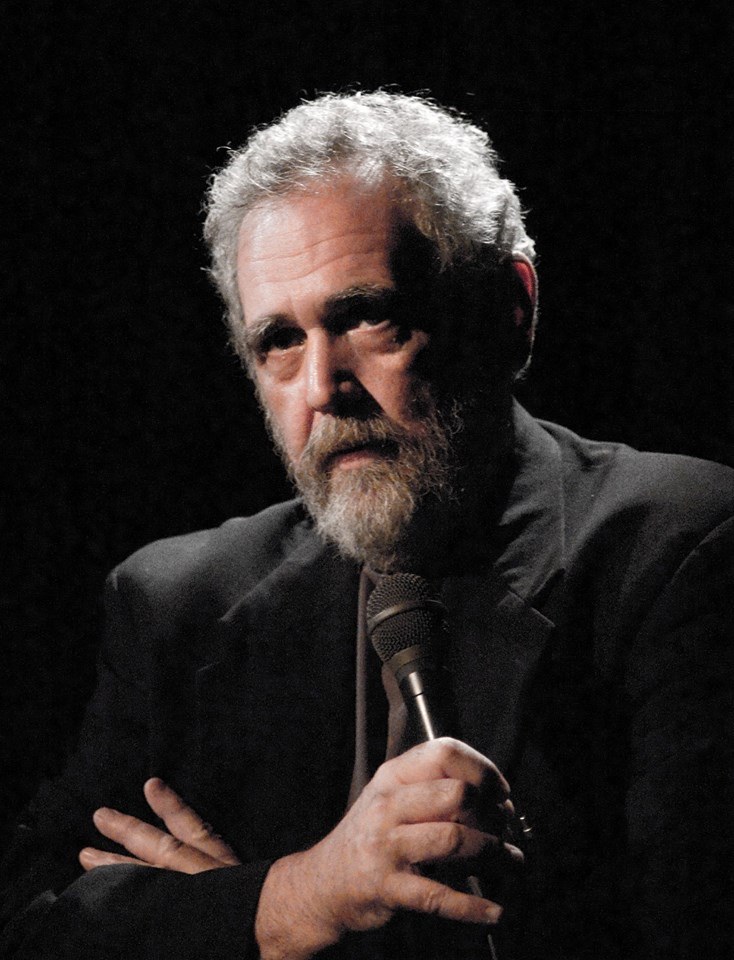 Barry Crimmins has built a career off of not caring. But not in a bad way, by any stroke of imagination. He does care. The Boston comedy pioneer has cemented his name in comedy history with his upfront, no-holds-barred brand of political satire, his tireless social activism and, just recently, being the subject of a biographical documentary directed by fellow comedian, Bobcat Goldthwait. He really does care, deeply.

The man known as “Crimmer,” a native of Skaneateles, a small town in upstate New York, helped to establish the famous Ding-Ho as a full-time comedy club in the late 1970s, as well as Stitches in the early 80s, putting Boston on the stand-up comedy map for good.

“Boston is as close to my hometown as New York City is,” said Crimmins on his decision to venture to the city. “My father was quite sick in a Veteran’s hospital in West Viriginia, and after we had gotten through a crisis, I said I was going to hitchhike to New York City to see if I could get some stage time,” Crimmins said. “Well, as it happens, it was raining like hell that day, and the guy that picked me up was skirting New York City, going to Boston and he said ‘I can take you to Boston, but I have to drop you off there,’” he continued. “So, I went to Boston, on Memorial Day weekend in 1979 and did a show at Springfield Street Saloon. There was great talent there and I had a pretty good idea of what comedy was about to do around the country, so I stayed in Boston. Springfield Street Saloon later became the Ding-Ho and we went full-time there.”

For Crimmins, his affinity for doing stand-up comedy wasn’t led by just getting on a stage and telling a few jokes. He had a deeper understanding of what comedy could do, and when it comes down to it, he’s just honing in on his natural abilities.

“When people laugh, it’s a way to determine that they understand the point you’re trying to make,” said Crimmins. “It’s sort of natural for me because I think in a humorous fashion, and I’ve been influenced by some of my favorite writers like Mark Twain. He wrote a lot of humor and I loved humor growing up,” he continued. “Once I realized I was eligible to do it, that I didn’t have to be a guy from New York who was on the Ed Sullivan show, I just started doing it,” he said. “And just like everyone else in this business, if you could talk me out of it, I shouldn’t have done it, but you couldn’t talk me out of it.”

Crimmins was a comic, but he didn’t want to be just “another comic.” He wanted to do something with his stage time that stood out to people and made people think. He found that his niche was bringing awareness to social and political causes, and after being advised by the late historian Howard Zinn on his role in comedy, there was no turning back.

“I didn’t want to do the same act all the time, so I was rather topical,” said Crimmins. “I started off, at the very least, being an environmentalist, so I started doing benefits for Greenpeace, and then other people would come along and tell me to read this and that,” he continued. “You’re on stage for an hour, two hours a night, but the rest of the day is yours. What are you going to do with it? I just continued my studies, and was in a great town to learn from people.

“Fortunately I got to know Howard Zinn, who had a big influence on me,” said Crimmins. “He was extraordinarily helpful and encouraging, telling me that what I do is very important, and would talk to me about Twain, Lenny Bruce, Dick Gregory and all these other people, and how they used humor to get their point across. He saw it as a way to be a peaceful revolutionary,” he continued. “With encouragement like that, it was almost impossible to go in another direction.”

Crimmins took that encouragement from Zinn and crafted a career of exposing corruption on Capitol Hill and standing with the “little guy.” Whether it was in the form of cracking jokes on the Reagan administration in the ‘80s or accompanying Iraq War protester Cindy Sheehan to the front gates of George W. Bush’s ranch in Crawford, Texas, or even taking on the Child pornography industry that found its way into chat rooms in the early stages of AOL, Crimmins has devoted his life to social activism in various ways. He’s been a big influence to so many, and you can see that in the film “Call Me Lucky,” a documentary about Crimmins’ life, which outlines everything from his outstanding comedy career to his trauma as a small child, having survived sexual assault on numerous occasions. Crimmins won’t let it get to his head though. Rather, he sees the success of the film as a way to help those who have suffered the same trauma.

“It’s happened just as we thought it would,” said Crimmins, regarding the success of “Call Me Lucky.”

“But the biggest reward is to offer some hope and some assistance for those people,” he continued. “Pretty soon after I went public in the Boston Phoenix in the early ‘90s, I learned what the deal was. I learned that, just by getting myself together enough to tell my story, it had an effect on people,” Crimmins said of his chance to help others cope with their tragedies. “I got help and others helped me and I realized how much you heal when you’re in a position to help others. For a long time now, I’ve known I’d be in this position, because when you’re in it, it means you’ve gotten somewhere,” he continued. “Every time I can assist somebody, I feel extraordinarily fortunate that I’ve come this far.”

Crimmins also has something to say about homelessness and the selfish and careless behavior of those at the top of the economic food chain.

“Homeless people were just eliminated from contention,” said Crimmins. “It’s the result of what we choose to do. Life and society are like an emergency, and there’s triage,” he continued. “We decide what makes it into the operating room and what doesn’t. If a missile systems fails, we immediately have to spend several trillion dollars to make sure it works. It was an embarrassment when that missile system failed,” said Crimmins. “I mean, the good news is that it didn’t work, and that it won’t kill anyone. But the bad news is that they will spend more money to make sure that it does work. And that money comes from somewhere. That money is the houses and the hope of those walking around on our streets.

“That money will be spent to suck our already economically strapped children into the military so that they get ruined, and when they come back, they really can’t function or relate with this society so they end up on the street,” said Crimmins. “This system benefits the companies and the corporations, who screw their workers into a position where we have to demand $15 an hour, which won’t be a living wage by the time we get to it. The reality is that people who have profited by doing the wrong thing have gained a lot of power because of how much money they’ve accrued and, in turn, they influence us in the wrong way.”

Crimmins, as an avid environmentalist, finds similarities between “saving the habitat” and helping the homeless.

“It’s an insult to every soul out on the street, it’s an insult to everyone who has to feel guilt and shame about needing to have somewhere decent to live,” said Crimmins. “We all have to learn something else too. The homeless aren’t just hungry on Thanksgiving, they’re hungry every day and we have to figure something out,” he continued. And for Crimmins, proper housing for the homeless is a must.

“I’m not so worried about feeding the homeless as I am about housing them,” he said. “Once they get housed, then we make sure they’re fed too. But first, you get them into a good shelter. Their own shelter, where they don’t have to interact with everybody else and every problem they’ve had in this concentrated area,” Crimmins continued. “The winter we had in Boston last year, every day that I heard about it, the first thing I thought about was where all the homeless people were, and it was just terrible.”

“We are in late-stage capitalism. The ‘yes’ men made it a point many years ago when they figured out slavery, that it was expensive to clothe and house them here, so they went to a completely different country where they paid them a completely non-livable wage, and they had to find their own cardboard box,” said Crimmins. “That is who we now have the American worker competing with and we’ll often make the mistake of hating those in the cardboard boxes as opposed to the b******s who exported the jobs, and who can unconscionably allow the conditions that those people in those countries live in, as a result of their slave wages. It’s big and complicated, but it’s actually kind of simple.”