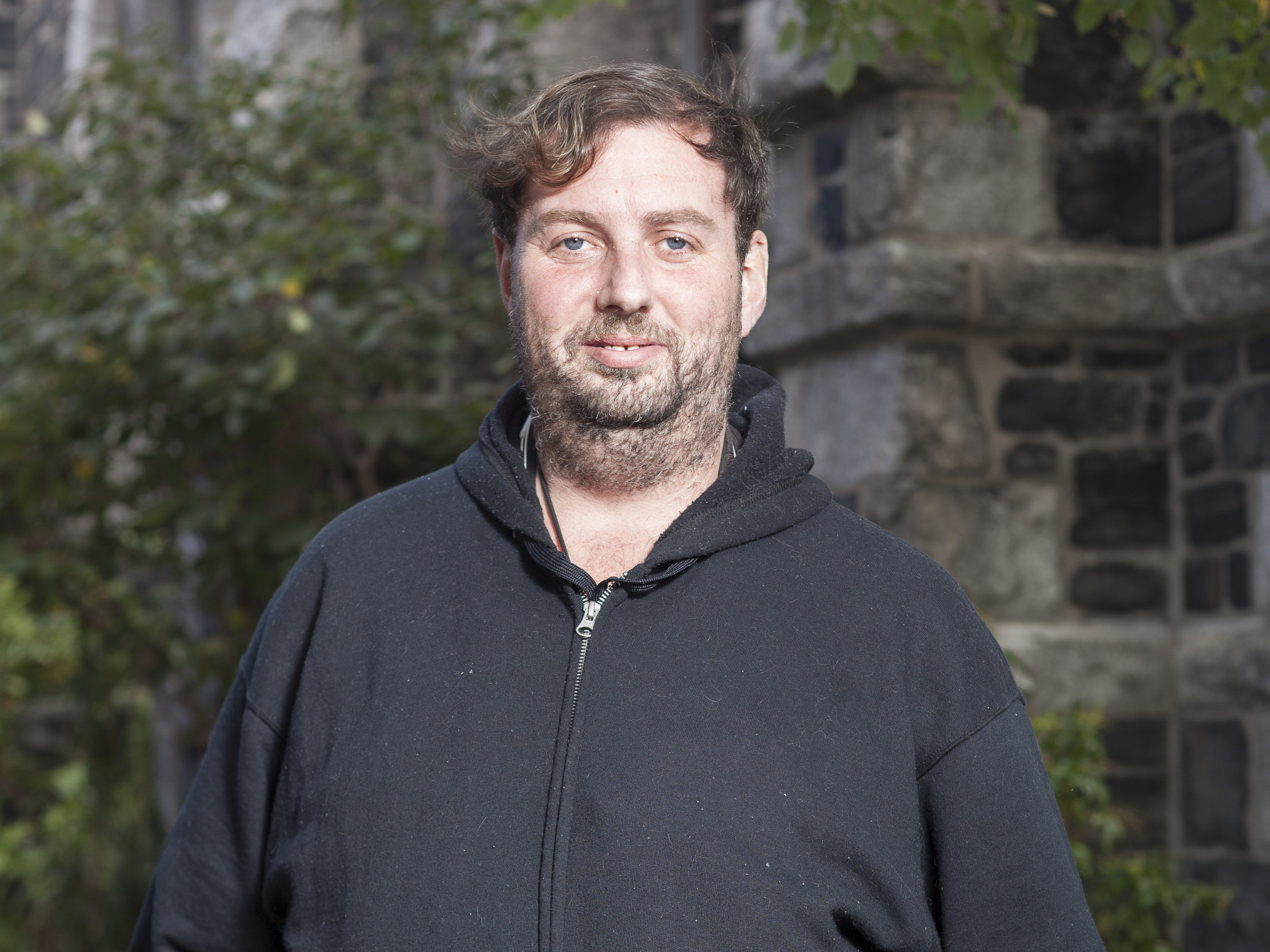 If you’re a regular reader of Spare Change News, you’re probably familiar with one of the newspaper’s most popular features: the Movie Palace film reviews. Garret Jordan has been writing the column since October 2014 when Spare Change News’ former editor-in-chief approached the Black Seed Writers Group looking for writers.

“Every Tuesday, I attend [the group] at St. Paul’s Cathedral in Boston,” says Garret. “It’s run by James Parker, who’s a well-known journalist himself … Right away, James thought of me, and that’s how my Movie Palace was inducted into SCN.”

If you’ve ever wondered how Garret stays up to date with the latest movies and releases, he recommends two websites: “I’m a devoted reader of Entertainment Weekly. That’s usually where I get a lot of my research. But I also check on websites like Fandango to read about upcoming movies and up-and-rising actors.”

Garret attributes the diversity of the Movie Palace reviews to his sense of impartiality as a film critic. “You can’t be picky,” he says. “You can’t focus on what you want to see; you have to think about what the public may or may not like. Last week, I went to see the new Aaron Eckhart movie ‘My All-American’ only because I got screening passes for it. I’m not usually one to go see football-based inspirational movies.”

Garret still has his preferences. He’s pretty clear about what his favorite movies are and they’re surprisingly wide-ranging, including movies as diverse as “Love Actually,” “The Martian” and “Scream.”

“In general, I’m a sap,” he says. “I’ve always been one for a good drama or romantic comedy, but by the same token, one of my top five favorite movies of all times is Wes Craven’s ‘Scream,’ so again … I don’t really have a favorite genre.”

Readers may have been surprised recently to learn that “Love Actually,” the British romantic comedy, is one of Jordan’s favorite movies of all time. It’s one of those movies that divides audiences, infuriating and delighting in equal measure, but Garret loves it: “Granted it did get bumped (by “The Martian”) to being my second favorite movie of all time, but it’s still my number one holiday movie … I enjoy a good movie where I can be laughing hysterically one minute and crying hysterically the next.”

With Christmas fast approaching, I ask Garret what other holiday movies he recommends. He says: “It’s a cliché, but ‘Miracle on 34th Street’ and ‘It’s a Wonderful Life’ will always be timeless holiday classics … They send the message that anything is possible as long as you believe. Words to live by.”

The need to have faith in himself and others is something Garret understands well. He’s a recovering heroin addict who suffers from major depressive disorder. Partly, it’s these struggles that have fueled his writing: “The doctors that diagnosed me,” he says, “suggested that I write down anything and everything that I do throughout my day so that I can let out any frustration … That’s how I got involved with the Black Seed Writers Group. When I was told that it was going to be a way to write about whatever I wanted, I jumped at the chance.”

In fact, Garret’s writing has been something of an anchor in a time of crisis. He says: “Three years ago, I was a heroin addict who had nothing: no income, no support, no confidence in myself. All I had was my writing. For years, my friends and family told me to become a film or television critic because I’ve always thoroughly reviewed any film or show I’ve seen. I just didn’t have the faith in myself.”

Before Jordan could pursue his dream of being a film critic, he had to undergo one of the most difficult times in his life. In 2008, his mother passed away. He was only 32 and he says of that time: “I fell into the deepest, darkest depression I’ve ever been in. My family and I became very estranged, my addiction got worse and I had just about given up on myself.”

Things started to change when he met James Parker, the journalist who invited him to the Black Seed Writers Group. “I started writing again,” he says, “and things slowly started getting better. I’ve now been clean since February 9, 2012. I have two jobs, an incredible support team and my family and I are close again.”

Having experienced this fortunate transformation, Garret values the ability to contribute to a paper like Spare Change News. “In general,” he points out, “society doesn’t really listen to the voices of the homeless, so for SCN to allow them to speak up and be heard is a real blessing.”