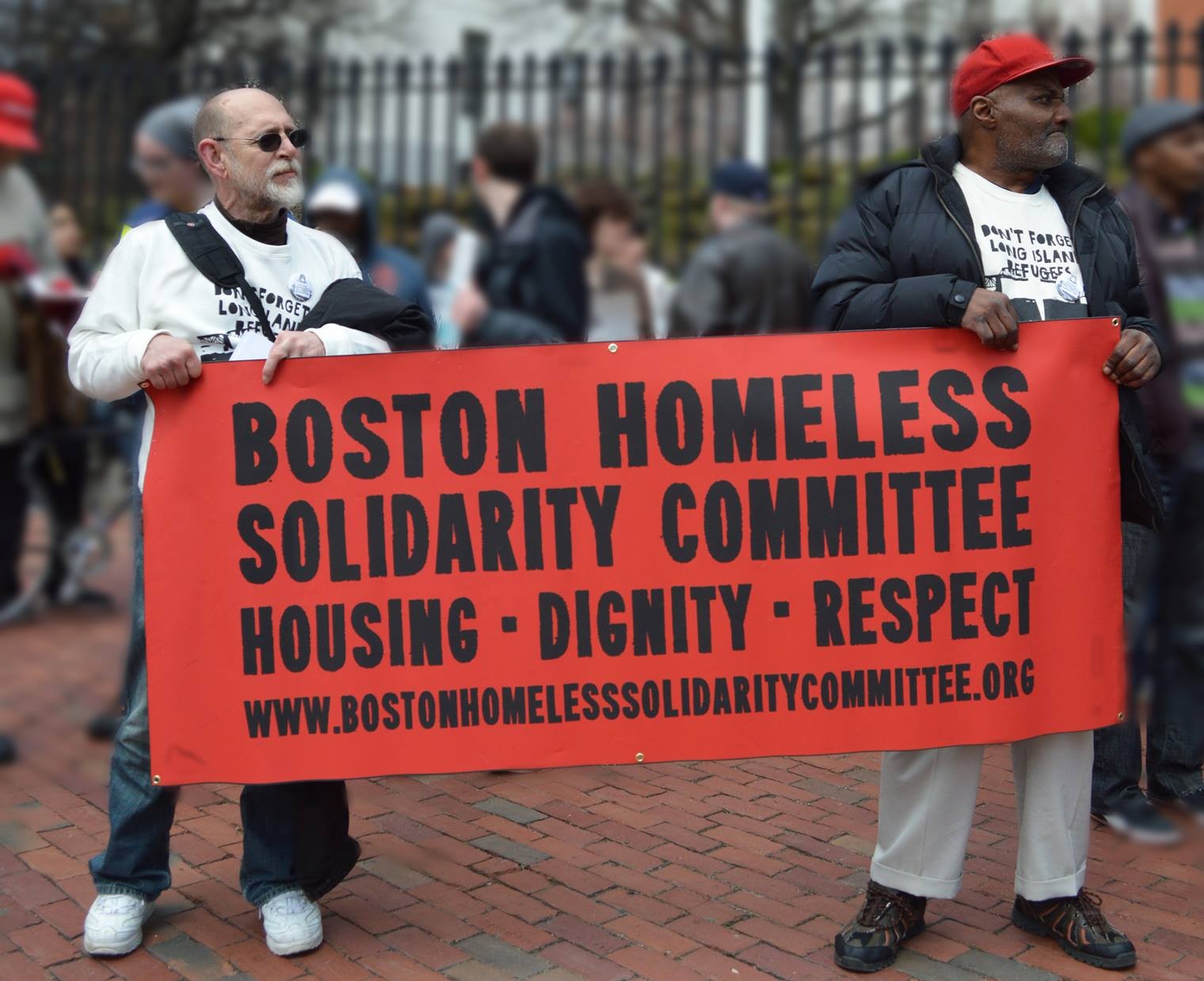 Activists and housing advocates in Massachusetts are looking at the possibility of declaring a state of emergency on homelessness statewide after several West Coast cities and the state of Hawaii announced emergency situations in the last few months.

Representatives from about 20 Massachusetts organizations that deal with homelessness met on Dec. 4 to discuss, for the first time, if and how such a declaration could help ease the current housing crisis, according to Jim Stewart, one of the organizers of the meeting.

Participants of the informal meeting were expected to reach out to other area organizations within the next few weeks for support in calling for a state of emergency in Massachusetts, Stewart said.

Stewart, director of the First Church Shelter in Cambridge, said he “absolutely” thinks there should be a state of emergency declared here.

“Our attempts to deal with homelessness are just failing miserably,” he said. “Some sort of disruption or interruption of the status quo has to take place.”

Interest in a “disruption” of that sort in the Commonwealth was spurred in part by the recent declarations of states of emergency on homelessness in various cities along the West Coast and in the state of Hawaii.

The Los Angeles city council was the first to declare an emergency situation on Sept. 22, but a comprehensive plan for the $100 million in funds appropriated for the city will not come into effect until early next year. Similar declarations were made in Portland, Oregon, on Sept. 23, in Hawaii on Oct. 16 and in Seattle on Nov. 2.

Housing advocates in Massachusetts are closely following what has been unfolding in those places in an attempt to gauge whether such a measure would be practical and effective here.

“It’s definitely an idea that’s intriguing and a potentially creative way to be able to release additional funds that would otherwise not go toward housing and homelessness issues,” said Kelly Turley, the director of legislative advocacy at the Massachusetts Coalition for the Homeless.

Turley said that while the Commonwealth in fact puts forth a relatively significant amount of funding for affordable housing, homelessness prevention and emergency responses, none of these services are to scale.

“If declaring a state of emergency could help build political will to dedicate adequate resources, we’re definitely interested in seeing if that could be part of the next phase of the response to homelessness,” she said.

While it seems that many parties are interested in having a conversation about the feasibility of a state of emergency in Massachusetts, not all homelessness experts are convinced that it’s the right way to go.

Joe Finn, executive director of the Massachusetts Shelter and Housing Alliance, believes that while the declarations in other places across the country may be a good decision for them, our specific situation is not on the same scale.

“I don’t think we’re at a point where we need to declare states of emergency,” he said. “We have the lowest unsheltered numbers of any state in the union, and we’ve significantly reduced chronic homelessness.”

Referring to the sudden 23 percent increase in Hawaii’s unsheltered population over the last year, Finn added, “Massachusetts has always been far more on top of the issue, but that doesn’t mean things are perfect here and we need to stay focused on what it’s going to take to really end homelessness.”

However, Finn said that a state of emergency “could” help here if it were to actually address some of the root causes of homelessness, but he remained wary about the situation being used by politicians to create “less progressive approaches to dealing with the issue,” such as the increasing criminalization of homelessness around the country.

While there hasn’t been any “testing of the waters on Beacon Hill” just yet, according to Kelly Turley, “there’s a lot of talk about homelessness [among legislators] and the desire to address it.”

The current discussions on a potential call for a state of emergency in Massachusetts are still in their infancy, but another meeting will convene in two weeks’ time with the goal of formalizing a provisional platform for a campaign, Jim Stewart told Spare Change News.

“We have to come up with new ways of dealing with these problems,” said Stewart. “People don’t want to live in degrading, deprived situations. They can’t access the services they need, so we can’t blame the victims for their situation.”