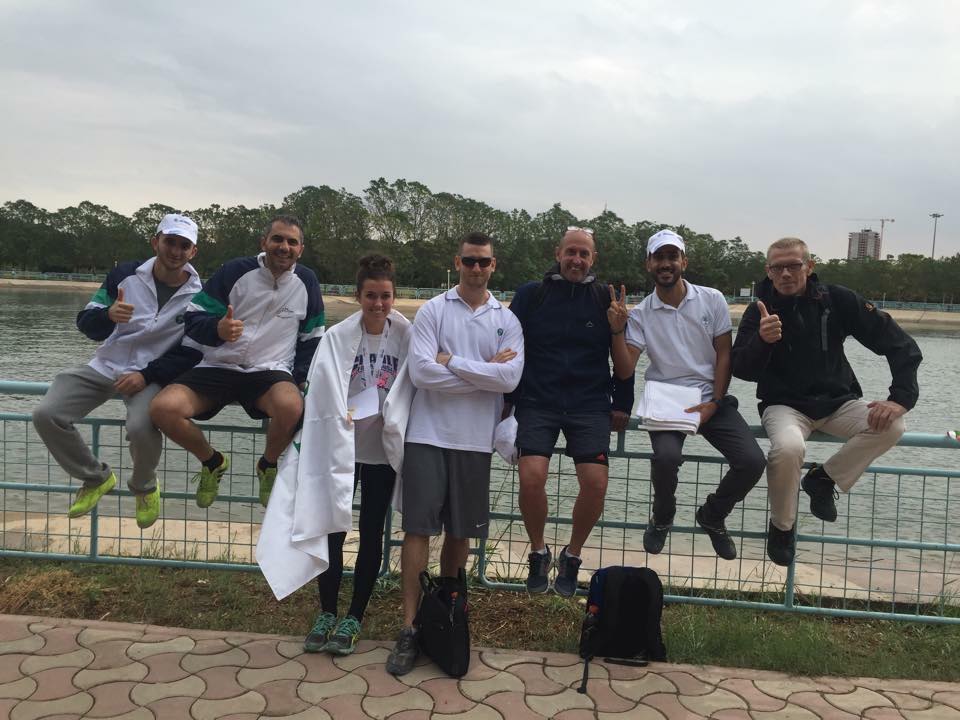 Iraqi Kurdistan: There’s no denying that moving abroad expands your horizons and changes your perceptions of different cultures. But the best lessons occur when you attempt to bring your own cultural habits to a different cultural environment: like running a marathon in an Islamic country as a woman.

A Boston resident for four years, I molded eight pairs of running sneakers to the cobblestones of Beacon Hill and the bridges of the Esplanade. I grumbled about early race training, suffered knee injuries and complained about running in the snow like every other Bostonian runner I knew.

I got a lesson in how unaware of my own privilege I was when I attempted to train for a half marathon in Iraqi Kurdistan. Having recently moved to the capital, Erbil, for a job teaching English, I thought a half marathon would be an awesome chance to run outside the four walls of my school’s compound. When I first arrived, my few attempts to run through the city were met with aggressive stares and heckles as I stumbled over the potholes and gutters on the unpaved roads. After one particularly bad instance of street harassment, I gave up and switched to a treadmill that didn’t motivate me quite like jogging the Charles River did.

Training issues aside, I looked forward to an outdoor run as race day approached. I envisioned the crowds, the camaraderie between runners and the amazing feeling of crossing the finish line to cheers. Again, I assumed with privilege.

The Erbil Marathon was created in 2011 by locals to bring hope and peace to a country torn by violence, but it was canceled last year due to the proximity and threat of ISIS. Drawing over 5,000 runners this year, it is a huge point of pride for the Kurds. Featuring three distances of 5km, 10km and 21km, runners of all ages and abilities lined up at the start.

As I pushed my way to the start line, I was shocked by the amount of people smoking cigarettes in the crowd as we stood around waiting to begin. It was comical, really, to see people in workout gear puffing away casually as they chatted with their neighbor about running.

Little did I know, but the surprises were only going to keep on coming. Nearly twenty minutes after what was the designated start time, a loud cheer went up throughout the crowd. Excited, I put in my ear phones to prepare to move, but quickly realized the cheer was for the drones flying overhead to protect the course.

When the race finally did get going, I was again struck by the lawlessness of the course. Cars drove through, kids on bikes whizzed in and out of the crowd and the chain smokers continued to smoke their way through the course.

Many legitimate runners would laugh at the thought of calling this a marathon, but I think there’s more to it than the miles. Fifty different countries and all age groups were represented in the race. The participants I spoke to afterward had similar experiences to mine, and we all shared the same opinion. The Erbil Marathon isn’t about who finishes first or how scenic the course is. It winds through the heart of one of Iraq’s major cities and the Kurdistan regional government’s capital. It’s an opportunity to come out and celebrate a sliver of hope for the future with a diverse group of countries. It’s also a chance to show that females can run just as fast if not faster than men and should have the same opportunities.

It may not have been the best race I ran or the most scenic, but it will definitely be the most memorable. By finishing fourth in arguably the only mass peace event that takes place in the region, I took an active role in supporting democracy and women’s rights. More importantly, the obstacles I faced here will only serve as a reminder next time I grumble about the snow while running beside Boston’s skyline.