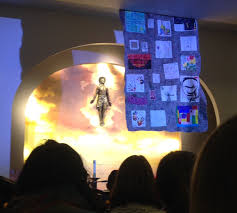 On a bitterly cold Wednesday morning a couple of weeks ago I walked slowly up Beacon Hill towards the Church on The Hill. I was walking slow not because of my COPD, but because it was particular day that I have come to dread. It was December 21, National Homeless Persons’ Memorial Day.

Services were held across the country, Boston’s was at the Church on The Hill. These sad gatherings to remember those who died on the streets for me continue to leave me with feelings of sorrow, and a bit of anger towards those who turn a blind eye to homelessness.

Directly across the street from the church lies the State House with its glistening golden dome. City Hall is just a few block away. it has been very rare to see city or state officials attend the memorial service. Though, there are usually a couple of people who drop in who I’m tempted to ask, “why are you even here?”

This year was especially painful as I thought of one of our vendors, Greg Currie, who passed away a week earlier. Greg was still homeless.

Then again, every year is painful. I see the tears, and hear the anguish of friends and family, of service providers, of activists. We all ask the same question. Why?

Many others across the country were asking that same question that day. And yet, as people continue to die in the street and these services get larger, our local and national leaders don’t seem in a rush to solve it.

Now I know they and their cronies will protest loudly, but the fact is they’re not trying hard enough. Here’s a prime example; Boston’s winter plan came out just a few days before the Memorial service and nearly 48 hours before the coldest day of the year. And don’t even get me started on Gov. Baker’s proposed budget cuts. My point is I don’t see him or Mayor Walsh rushing over to honor those who died in the street this past year.

As I stepped inside the small chapel, I was taken aback at how many people there were compared to years past. I mentioned to a friend how much bigger the crowds were becoming to which she responded “yes so sad.” And it is.
Hopefully our so-called leaders will notice. I didn’t stay for the reading of all of the names. Sometimes the sorrow is just too great.