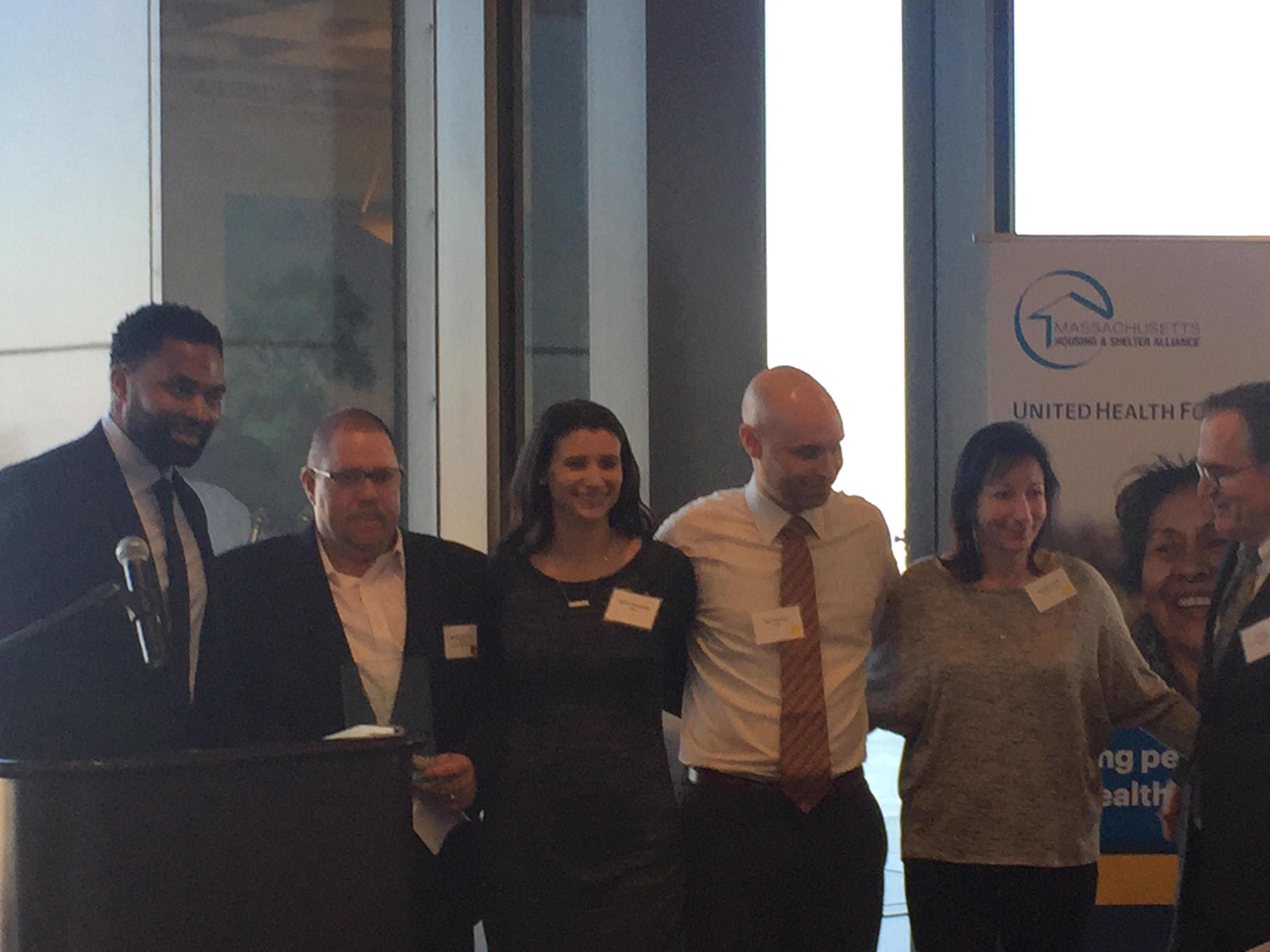 The Massachusetts Housing and Shelter Alliance annual meeting this year focused on recipients Timothy Driscoll and Marylou Sudders and the work they are doing to support homeless people in the Commonwealth.

Timothy Driscoll of the South Middlesex Opportunity Council, a community-based anti-poverty agency for the Metrowest area, was honored with the Ed O’Neil Award for his deep commitment to the homeless clients he serves. The award was presented to him by O’Neil’s widow Rosalie and former Patriots linebacker Jerod Mayo, now representing the United Health Foundation—a grant partner of the Massachusetts Housing and Shelter Alliance.

O’Neil was a Navy veteran from Quincy who died in 2012 and who worked as a substance abuse counselor at the New England Shelter for Homeless Veterans in Boston.

Driscoll worked his way up to program supervisor of the Young Adult Residential Case Management Program at South Middlesex Opportunity Council after starting as a van driver for Turning Point, the men’s shelter in Framingham.

“Receiving this award encourages me to continue to work faithfully at bettering the lives of the chronically homeless individuals and young adults,” Driscoll told the crowd. “It reminds me how fortunate I am to have made my career doing something I truly love.”

Brian S. Kelley, who lent his name to the award, was a minister involved in many social justice movements and causes throughout Boston. He was particularly known for his work with the Greater Boston Adult Shelter Alliance.

Sudders received the award for her work as commissioner of the Department of Mental Health, said Massachusetts Housing and Shelter Alliance President and Executive Director Joe Finn, and for her current work on alternative payment models for healthcare as it relates to homelessness.

Sudders could not be at the event, so Steven Kadish, Gov. Baker’s chief of staff, accepted it on her behalf.