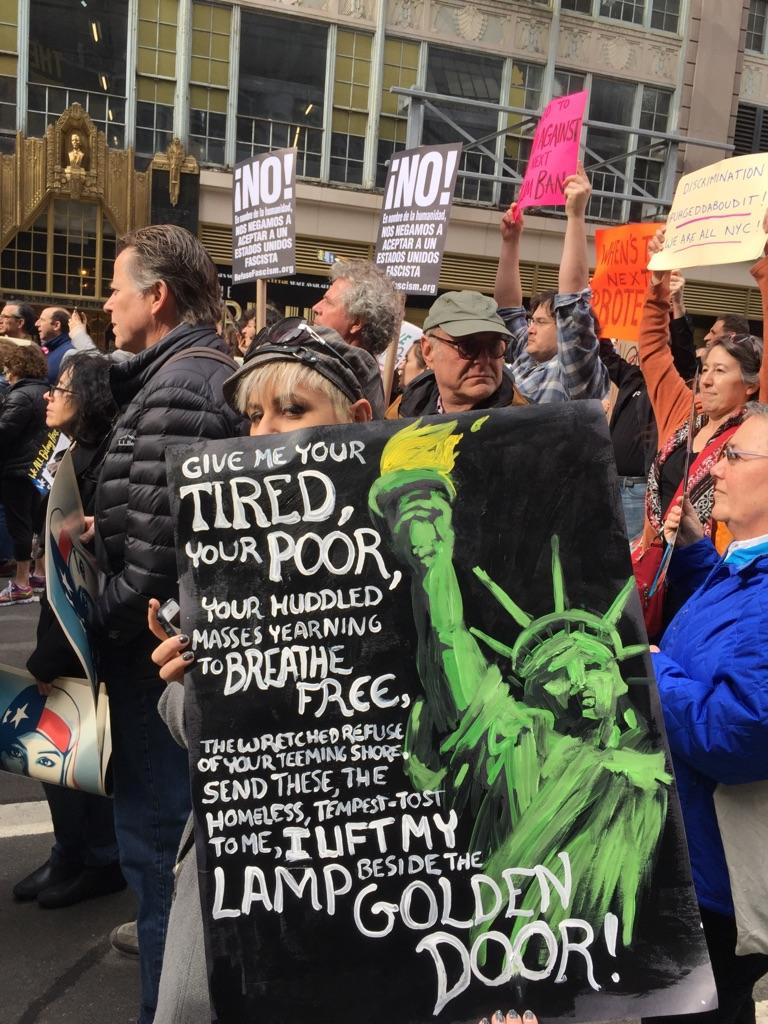 In preparation for the “I am a Muslim too” march to be held at noon, blocks of barricades and dozens of police officers secured the area in preparation for a peaceful march over the President’s Day weekend.

Democratic Mayor Bill De Blasio spoke to over 1,000 participants at the rally, and called for Americans to work together to “dispel stereotypes” and to remember that America was a nation founded on principles that include freedom of religion.

Hip Hop mogul Russell Simmons was a featured speaker who decried the recent scapegoating of the Muslim community. The peaceful rally lasted for a bit over an hour and included clergy, community leaders and activists seeking to stand in solidarity with the New York Muslim community.

In response, perhaps a dozen counter demonstrators voiced support for Trump and distaste for the goals of the march.

In addition to activists from the Muslim community, there was support from veterans, and Christian and Jewish leaders emphasized the goal of standing in solidarity “with our Muslim brothers and sisters.” The crowd was filled with multiple generations of family members.

Many children were perched on their parents shoulders and took part in the event. This march was one of many marches nationwide over the month of February voicing support for Muslims and immigrants from a Muslim background. The seven nation travel ban introduced by President Donald Trump was roundly denounced by speakers.