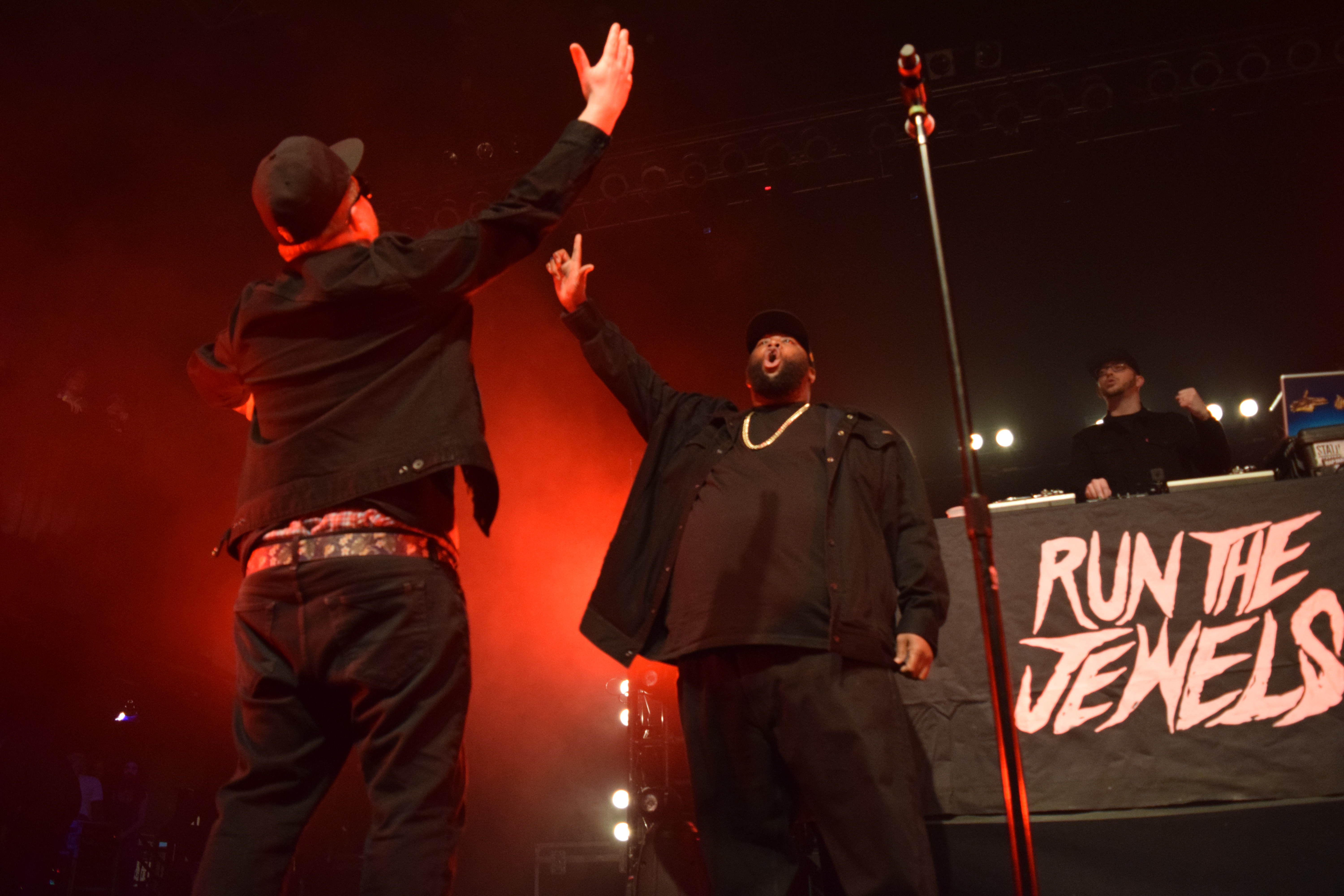 When I first heard that Run The Jewels was going to be visiting Boston, I wasn’t sure what to expect. All I knew was that it would be a good show with a mix of political angst and downright insane hip-hop skills.

My expectations were met and exceeded within the first 10 seconds of the show, which was held at House of Blue of Boston last Friday.

After two hours of DJ mastery led by Nick Hook, Gansta Boo and Cuz Lightyear, a collaboration reminiscent of an underground rap show, the torch was passed to The Gaslamp Killer, who proceeded to further ignite the crowd with a mix of hip-hop and video game theme songs and a few dashes of positivity, expressing support for those in the Middle East. The night was already off to a good start with a deafening buzz of energy in the crowd, and once Killer Mike and El-P hit the stage, there was no extinguishing the flame. The boys set fire to the stage at the House of Blues. They came out of the gates swinging, with a rendition of Queen’s “We Are The Champions,” followed by “Talk To Me,” “Legend Has It” and “Call Ticketron,” before a short break to talk to the crowd.

My favorite aspect of any show is the artist’s ability to interact with their fans, and RTJ made their appreciation known, promising to be “the Red Sox of Hip-Hop” and give the crowd a blockbuster night, which, surprisingly enough, bled into “Blockbuster Night Pt. 1,” followed by “Oh My Darling Don’t Cry.” Many artists will slow down their momentum and energy at some point in the show, but RTJ blasted through 13 more songs in a little under an hour, without even the slightest bit of visible or verbal exhaustion. Their stage presence was both light and heavy at the same time, simultaneously uplifting and intimidating, and the respect that Killer Mike, a native of Atlanta, and El-P, a native of New York and fervent defender of the Yankees, had for this room of Patriots and Red Sox fans was inspiring. They were engaged with not just the crowd but with the music as well.

They ended with an encore performance of “Close Your Eyes (And Count to F**k)” (which, admittedly, made me shed a tear for the absence of Zack de la Rocha all that much more), and “Down,” which, unsurprisingly, brought the house down.