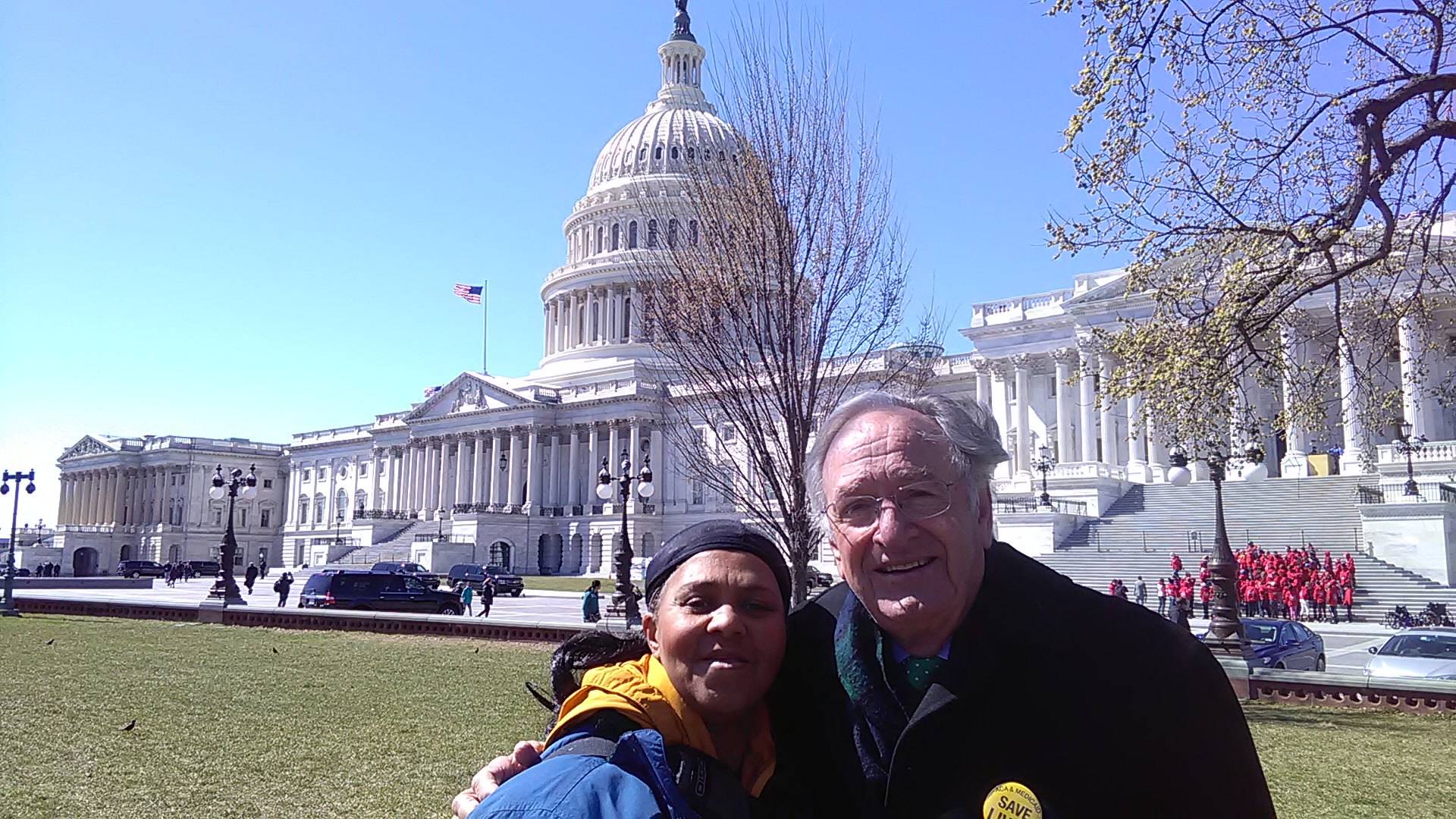 Trumpcare is the Term the Media has Given to Donald Trump’s Version of Healthcare For the American People. Too Bad it’s not What the People of America Want.

I went to Washington D.C. on Wednesday March 23, with four other members of MassADAPT, days before House Speaker Paul Ryan pulled the Republicans’ healthcare bill on Friday. At the protest, we had people from Denver, Philadelphia, Rochester, Boston and Washington D.C. We were protesting Trumpcare because it would hurt 24 million people receiving insurance subsidies.

Senators and state representatives heard our voices loud and clear outside the state house on Capitol Hill. They took a stand with us against Trumpcare.

Sens. Casey and Kennedy, along with other senators from across the United States, were protesting with us outside and inside the state house.

Hundreds of people across the United States were protesting with us in their states because they couldn’t join us in Washington, D.C. on Wednesday.

Out of 58 disabled people who were at the protest, 41 were women, half to three quarters were in wheelchairs. Fifty-four people were arrested. I, however, wasn’t one of those arrested for civil disobedience.

The women of MassADAPT were especially vocal—even more so than the crowd.

The National ADAPT went to D.C. to stop the vote for Trumpcare, and we succeeded. Colleen, Nancy, Rhoda and Harriotte of MassADAPT were arrested for protesting underneath the rotunda in the state house.

Later in the day, I heard on the television that Sen. Kennedy, Sen. Chu and several others were reading personal letters from people in their states who wanted to keep the Affordable Care Act in the same form President Obama put it into effect on March 23 seven years ago.

With Trumpcare, Medicaid and Medicare premiums would have skyrocketed for the elderly and the poor. The terminally ill wouldn’t be able to pay for their medicines. Healthcare would be unattainable for women who work to support their families.

I’m so glad Trumpcare was dropped. You should be too.