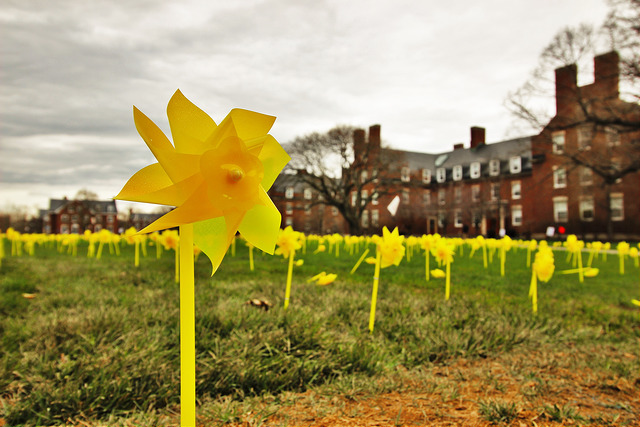 I was recently asked to address a group of volunteers who wanted to talk to their representatives and senators about ensuring a small increase in the state budget’s line item for statewide suicide prevention in 2018, which is being discussed in the legislature now.

This new program would ensure that every person discharged from a hospital for a suicide attempt would receive a call from a volunteer who would ask them how they’re doing and give them the numbers of some mental health/suicide talk lines they could call.

It’s a simple and inexpensive way to reduce recidivism and ensure people are getting the help they need to recover.

I was invited because I’m a member of MCSP, and I’m also a volunteer call taker for Call2Talk, a mental health support line.

I would like you to tell your legislators you support this program and the line item increase for statewide suicide prevention.

Why is this important? Research shows that five–eleven percent of those who attempt suicide once will go on to accomplish a fatal suicide, and another 35 percent will make another non-fatal attempt. Half of the people who seek help in emergency rooms are not given any follow up recommendations for care, and among those who are given a mental health appointment, only half go more than once.

I came from a home situation of alcoholism, violence, neglect and mental illness. I grew up hating myself and showed all the characteristics of severe abuse: alcoholism and drug abuse, anorexia, bulimia, non-suicidal self-injury, severe depression and failure to communicate. I hated myself so much, I made four serious suicide attempts. These led to about a year’s worth of psychiatric hospitalizations and a dozen outpatient programs. It took me about eight years to recover and return to work. So I do have some insight into what goes on in hospitalizations for suicidality and how such a phone call might be helpful.

When you’re a suicide attempt survivor, most everyone avoids talking to you about your problems. Your family will most likely lie about your hospitalizations, making up some other excuse for your absence or minimizing your condition. They will tend to see the attempt survivor as the identified problem in the family, so it looks like they caused the dysfunction that was making them sick in the first place.

When I had my hip replaced, my friends brought me food for a week. Nobody brings you casseroles when you come home from the mental hospital after a suicide attempt. They don’t even come to visit. My case was a little extreme, I think, but I don’t remember ever having a conversation with my mother about my depression or hospitalizations unless it was something like, “did you see your doctor today?” or “when are you going to be discharged?” or “what did you have for lunch?”

It was the same with the only two people who still spoke to me after my first attempt. I remember them coming to the hospital a few times, but the conversation was very strained. I desperately needed someone to talk to, but I couldn’t talk to anyone outside my peer group of fellow patients and my therapist. People were frightened and confused and just didn’t know how to behave. They were afraid of me, and that made me feel ashamed.

Not much actually goes on in the way of talking in mental hospitals. There are staff members, but they’re busy putting out fires and making sure everyone’s safe. You don’t have time to get into a conversation about your issues with them. Your psychiatrist is concerned with how your meds are working and not so interested in why you tried to kill yourself. Being hospitalized can be an isolating, lonely experience.

These are the things I learned from being sick, and they inform my work answering the phones at Call2Talk. My experience gives me the ability to relate to most callers, especially when I think someone needs to feel they’re understood or needs to know recovery is possible.

The new program would be paid for with a small increase in funding in the suicide prevention line item in the state budget, and it would be a great asset.

Hospitals can be frightening places, and because of stigma, friends and even your family may avoid the issues you need to talk about. And when you leave the hospital, you don’t get much direction as to how to put your life back together. The hospital is mostly a holding tank where you wait to see if your medication works and if the urge to kill yourself passes.

By the time you get out of the hospital, you can still be angry at being alive, and you might be lonely because your friends and family don’t know what to do with you. Even the attempt survivor can be too embarrassed to admit what happened or how they feel. The whole experience can seem otherworldly—like you’re being punished for trying to take your life.

Imagine, in this situation, a sympathetic person calling you up and asking you how you’re doing? To actually ask you to talk about your experience and ask how you feel? And maybe help you think about what you need to do next?

I think it would make a fantastic difference for suicide attempt survivors to know that the caller was thinking about them and wants them to start feeling better. And that the only feeling these callers have about the fact that you tried to kill yourself is concern and empathy. This kind of compassionate contact could go a long way toward preventing another attempt. It might also get people to follow up services sooner and ensure that they have a discharge plan that they will be able to follow.

My experience at Call2Talk has led me to support this proposed service. One of the first things you realize after you’ve been on the phones for a while is how necessary you are. Sometimes all the callers need is a sympathetic ear or the confidence to get through the day. And it works.

Sometimes callers, crying hysterically at the start, calmly thank you at the end of the call. Or you find that someone you helped a while ago calls you back a week later after taking some positive step to change their life. Because most people are sitting out there waiting for their lives to get better, they don’t realize they have to do something different for change to happen.

If increased funding for suicide prevention is something you’d like to support, you can tell your legislators that an increase in the suicide prevention line item is a small cost for a benefit that will enable trained volunteers to check in on people when they come home from the hospital, feeling lonely and frightened and confused and not all that certain that they’re glad to be alive.

The call can comfort them, encourage them to choose life, give them helpful information about mental health crisis lines and can be used to check whether they have therapeutic help and a workable discharge plan.

As a suicide attempt survivor and suicide interventionist, I wholeheartedly support this program.