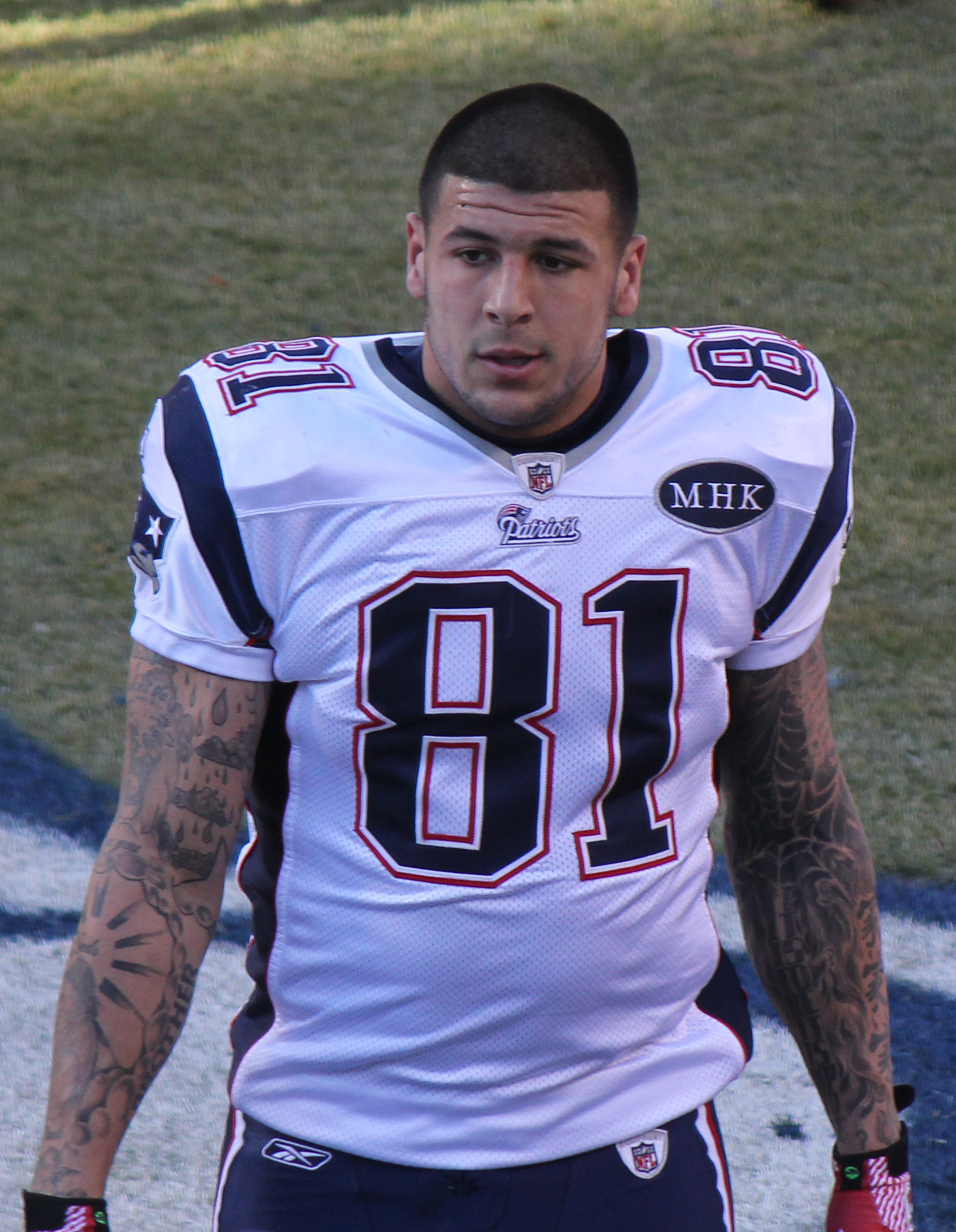 When I see the pictures of Aaron Hernandez being taken out of his beautiful house in handcuffs, I’m witnessing a tragedy. I don’t condone the man’s acts, but I know that it all took place in the pursuit of drugs.

Addiction lays low the mighty and doesn’t discriminate. As everyone who’s reading this now knows, Aaron Hernandez died by suicide in prison at the end of his second court trial. The show was over and nothing was left but the prospect of years ahead, in a cell, surrounded by people who are lonely, angry and full of sorrow, and all for different reasons.

When Aaron Hernandez blew a kiss to his daughter in the courtroom, it was the kiss of goodbye. All this time, during the trial, perhaps his plans were being made. Once the trial was over, Hernandez would be out of the limelight and disappear in the darkness of a lonely cell.

Hernandez would have been watching the leaves change from his cell, if he had a window to look through, every year for the rest of his life. The drama was over.

No more cheers from the fans as he ran out onto the football field. No more glory. No more waking up and seeing the people he loved in the courtroom; nothing more to look forward to.

Aaron Hernandez chased the drug into the darkness, where the drugs lead all of us who aren’t lucky enough to leave them behind. Cocaine, the drug of excitement, was his drug of choice—maybe methamphetamine—I don’t know.

But it was all over. The door slammed on his life. Doing time is the slow death where nothing happens but the mundane and the sad. I remember Thanksgiving Day in prison—it was so quiet you could hear a pin drop.

Other days, the echoes of sorrow ring out 24 hours. The quietest hours are between 3 a.m. and 5 a.m., but even then you can hear the sob of someone in their sleep, the only time it’s safe to cry in prison. The show of weakness is not tolerated.

I’m looking at the picture of Aaron Hernandez in the paper, and the only time he smiles is when he looks at the family he loved. Every day he would wake up and get ready for the trial—his last Super Bowl—the one he couldn’t hope to win.

Why would a man like Hernandez give up so much for drugs? It’s because addiction is a disease, and he was an excitement junkie—he wanted to be on the field playing the game all the time, but the games end. Instead of just coming home to the ones he loved, the excitement and the pull of the drug chase substituted for the fury of the games at Gillette Stadium.

The drugs lied to him. The disease of addiction told him he could always be a hero, and every time he ingested them, he could hear the roar of the crowd in his mind. Of course, when you’re in the world of addiction, the only friend you have is the powder. The people you run with have no respect for you or themselves.

That’s why, at the Cure Lounge, when de Abreu bumped into Hernandez and spilled his drink on him, he didn’t apologize. He smirked at Hernandez instead. How low the mighty have fallen.

Instead of a touchdown with the crowd cheering, Hernandez pulled the trigger of a gun in South Florida after a night of partying and the only cheer ringing out was the sound of the gun and the buzzing in his head from the monster of addiction.

The true killer here was addiction, the drugs bringing Mr. Hernandez lower and lower until reality was warped and viewed through a prism darkly. This was truly a modern day tragedy: a man who was seen as a hero by many being tortured by the disease in his mind.

One way I can relate to all this was when I was slinging drugs in the hills of New Hampshire and my house was always full of people who claimed to be my friend. Everyone was my best friend, but once I was arrested in Worcester, Massachusetts, on a drug run and was locked down, it was almost over.

I bailed out of jail with my girlfriend and we went on a cross-country odyssey for two years. It ended in a housing project in McMinnville, Oregon, when the police cars poured into the parking lot and kicked in my door as I jumped from the second floor balcony.

I thought I could run, but the enemy was myself. All of a sudden, I heard a voice saying, “Get down on the ground, m—–f—– or we’ll shoot,” and I turned and saw a ring of police in firing position with their guns out.

After being brought back to Massachusetts, where the warrants originated, I did my two years, and no one came to visit. No one. Where were all my friends? Probably the same place Aaron Hernandez’s drug buddies were—in the wind or dead.

I was never a hero except in my own mind. Aaron Hernandez was a hero in his time, but he killed the hero with the disease of addiction that drove him to desperate measures.

It’s quiet now. Aaron Hernandez has finally found rest. His addiction, however, just jumped to the next person. It has no mercy. The lost and the lonely continue down the road of powder and lies, and the only ones left to cry are those who loved them. For Aaron Hernandez, the stands are empty; no one’s cheering for him. There’s only the blood of the dead and the tears of the living.