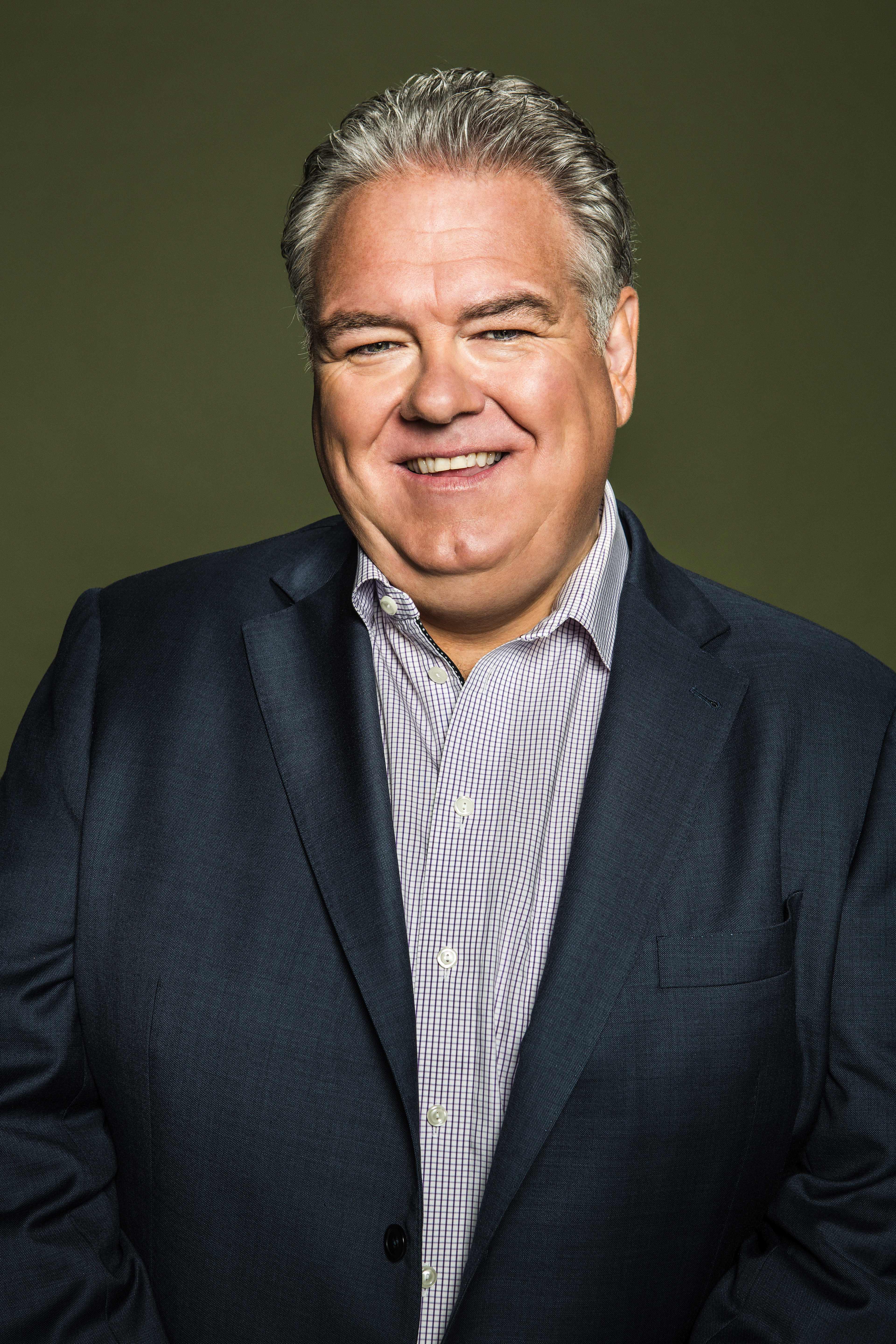 It’s been over a month since his Emmy win, and Jim O’Heir still can’t believe it.

The Chicago native scored his new hardware thanks to his heralded guest performance as Matt Cannistra on daytime soap opera legend “The Bold and the Beautiful.” Many praised his performance, but it wasn’t even a thought in O’Heir’s mind that he would be bringing home the hardware for Outstanding Guest Performer.

“It’s still something that doesn’t seem like it happened,” said O’Heir. “I mean, I’m thrilled that it did, but when people bring it up, it’s truly unexpected. Just the nomination alone took me by surprise.”

The victory was so surprising that O’Heir had actually made dinner plans for after the show, which he eventually had to cancel once he was called on to play chauffeur to the famed Golden statue. Of course, O’Heir hasn’t had much time to really soak in his crowning achievement, as he’s been preparing for the release of his newest endeavor as the star of Ned Crowley’s dark comedy thriller “Middle Man,” which makes its limited-release big screen debut in Boston, among only a handful of other cities across the country, on June 9. O’Heir himself will be attending a showing on June 10 at the AMC Loews Theater 19 on Boston Common.

In the film, which has won awards at the Seattle International Film Festival and the Edmonton International Film Festival and has been chosen to compete at a number of others, O’Heir plays a shy and polite aspiring comedian, Lenny Freeman, whose persona seems to draw a little from Jerry Gergitch, O’Heir’s loveable office-punching bag character on the smash hit series “Parks and Recreation.” But while the characters do share similarities, there’s a dark side to Lenny that’s revealed later in the film. O’Heir wasn’t exactly used to portraying darkness when he was approached by longtime friend Ned Crowley to play the part, but he was up to the challenge.

“Ned knows my actor bullshit, all of the little gimmicks and such, and I am used to being a comedy actor,” said O’Heir. “But he didn’t let me get away with the little tricks or anything. He forced my hand, and when you’re working opposite Andrew West and Josh McDermott, it really ups your game,” he continued. “Having played on ‘Parks’ for 125 episodes, that’s a lot of time, and this business tends to put you into a pocket, and I was always sort of looked at as ‘the big, whacky goofy guy’, so it’s good to be able to say ‘hey, now I can do this role too.’”

For those who watched “Parks and Recreation” during its now culturally iconic run on NBC, it’s no secret that Jerry Gergitch loved his job and praised the government he worked for, even when dealing with the pitfalls of its shortcomings. However, O’Heir has different feelings when it comes to the real-time landscape of how the American government, and specifically the Trump administration, has gone about governing the country since January.

“Leslie Knope’s head would have exploded by this point,” O’Heir said with a laugh, referencing Amy Poehler’s chararacter in “Parks and Recreation.” “It’s horrifying watching this play out. The feeling I had after the results were in was just a combination of sadness, dread, depression and, so far, he’s proven my instincts to be correct,” he continues. “With that being said, we will get through it. As a country, we’ll get through it.

“What is sad for me, though, is that I saw who we were as a country, a country that I feel like I didn’t know after all,” he continued. “I guess I live in a nice little bubble where everybody is nice and kind and wants the best for each other, but the fact that so many millions voted for him scared me.”

The heartache O’Heir feels for the state of the country literally hits home for him, too. As a native of Chicago and a resident of Los Angeles, two cities drowning in political and social turmoil, the Loyola University graduate can’t help but feel for his home amid the struggles of poverty, violence and oppression that the windy city has faced, especially with the escalating statistics in recent years.

“It kills me that Chicago is dealing with the crime rate and the murder rate that it has, and although I live in LA, Chicago is my home. That city has my heart, and it always will,” said O’Heir. “But the homelessness is everywhere. Over the past year, I’ve filmed all around the country. Austin, Denver, Tampa, Atlanta, a bunch of different places, and homelessness is absolutely everywhere, and it breaks my heart. I wish I had new answers on how to solve the problem.”

O’Heir certainly has a heart for the homeless, but the causes he’s put most of his philanthropic energy into are animal rights and tuberous sclerosis complex. He admits he doesn’t have all the answers on how to solve the world’s problems, such as homelessness and poverty, but in a way, he’s okay with that.