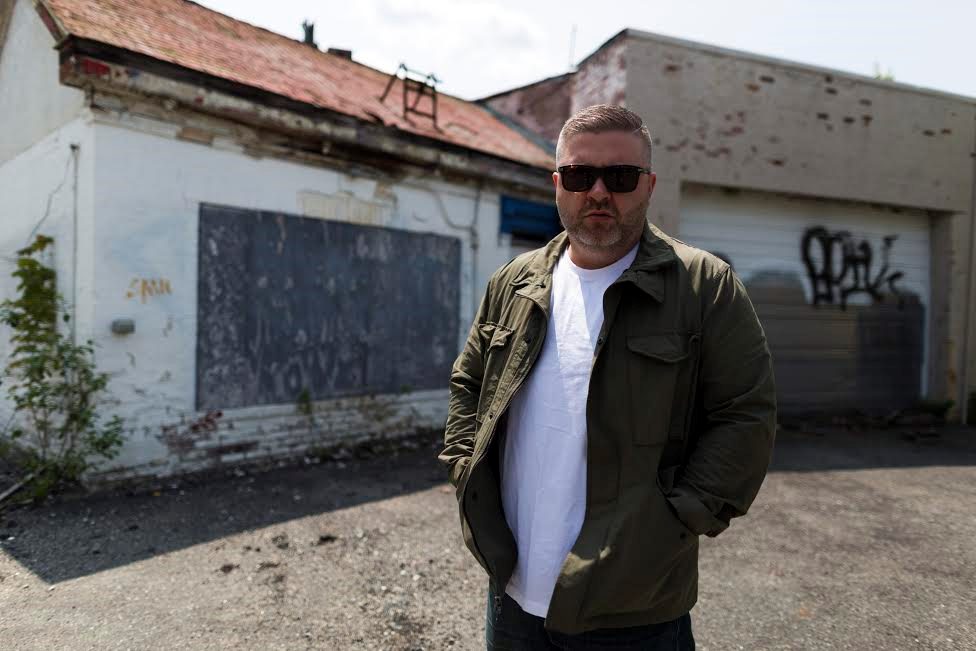 Slaine Carroll beat addiction and is now making a name for himself in the Boston music scene. Courtesy photo

Writing his first rhyme at the age of nine after hearing the Beastie Boys’ “License To Ill,” the Boston native knew he wanted to be a part of the rising rap scene. Now, 30 years later, what started as a means of escape from a tough childhood has catapulted him into the position of being one of the hardest working and most well-respected names in the scene today.

“I liked the way it sounded, and the danger of it,” said Slaine about what made him gravitate toward hip-hop. “I liked the anti-establishment part of it, too, so it was rebel music for me. When you’re nine years old, there isn’t a lot of stuff that happens to you, so I tried to write like the people I listened to,” he continued. “But as I got older, I started to write as a coping mechanism to deal with the stuff I was going through as I grew up, and it evolved from there.”

His writing evolved into a rap career that spans almost a decade and a half, with seven LP releases (two other records are currently in the works), countless collaborations with fellow rappers and an acting career that boasts roles in films such as “The Town,” “Gone Baby Gone” and “Central Intelligence.”

Film and music have always been ways for Slaine to escape life for a while, and he admits that he does it in an addictive manner, using it to isolate himself from the struggles in his life. He used music to “run away” from struggles, as he puts it, and in turn, the desire to isolate himself was a big factor contributing to years of substance abuse.

And while the abuse of alcohol, cocaine and prescription medications like benzodiazepines (benzos) admittedly fueled his creative spark during those years, Slaine is three years sober now, and he steps to the plate against pharmaceutical companies, whom he feels are partially to blame for the opioid epidemic sweeping across New England.

“I’ve been writing from the center of the drug epidemic for years, and I’ve had very dear friends struggle with opioids and become homeless, and friends who have died from it,” said Slaine. “It’s a brutal disease, and it really has nothing to do with what drug it is. Heroin is a horrible drug, sure, but so are benzos and Xanax, which are prescribed all over the country like it’s not a big deal… I’ll tell you what—kicking benzos is the hardest thing.”

Slaine also doubts the government’s ability to find salient solutions for prescription drug addictions and points to the connections between elected officials and pharmaceutical companies as a roadblock to recovery.

“Government has always found ways to fuck [treatment] up. A good start for government to find a solution would be to stop funding their campaigns off of money from pharmaceutical companies, which allow doctors to buy and build mansions down on Cape Cod using drug money,” Slaine said. “You can’t fix a problem with the problem, and that’s what is happening with our government and their connections to pharmaceutical companies.”

Citing his own struggle with anxiety, Slaine noted that there are alternatives to pills.

“I spent years going to doctors for my anxiety and got meds that I became addicted to, and when I got sober, I realized that there were other ways to handle my anxiety,” he said. “Drinking lots of water, physical activity, avoiding caffeine and processed foods. When I achieve those things instead of sitting in my house, drinking five cups of coffee a day while watching CNN, anxiety becomes less of an issue for me.”

Slaine has also found his spirituality vital to maintaining his sobriety. This isn’t necessarily spirituality exclusively in a religious sense (although he does find prayer to be helpful for him), but really embracing human connection and taking care of others.

Many stories of overcoming addiction have a moment of epiphany that becomes the driving force to bringing someone into sobriety.

For Slaine, it was the realization that he couldn’t be the father he wanted to be when he was drunk and high that brought him into sobriety when his son was five years old. For him, that was more important than anything in the world, even his music. He feared that, before the birth of his son, he wouldn’t be able to continue a life of touring and making music if he stopped drinking and doing drugs, but that fear soon took a backseat.

It’s still a daily effort to stay on the path of sobriety, but being able to realize the potential of his parenting has given him the willingness to make that effort.

“When you’re a drug addict, it’s a very dark and hopeless place to be for a very long time, and I thought there was no way out,” he said. “I was that way for 23 years, and being able to show someone else that way out, it feels good, and it’s the right thing to do, so I just try to do the right thing.”

On June 2, Slaine will be accompanied by Blacastan, Block McCloud, Oak Lonetree and others at the Recovery Rally at Sonia in Cambridge, where they will spit rhymes to raise money for various organizations, both local and across the country, that help those suffering from addiction get the help they need. DMMF is the organization that will be benefitting from the night’s proceeds, with Legacy Healing Center, Lake Shore Retreat, Granite Recovery Centers and Evolution Way donating scholarships.