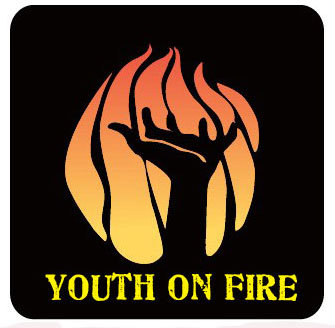 Since its opening in 2000, the Youth On Fire center in Cambridge has provided thousands of young adults with a safe, welcoming place to go during the day and whatever resources they need to ensure their mental and physical well-being. By offering services that range from hot meals and educational workshops to HIV and STI testing, this program strives not only to improve the daily lives of the youth it serves—many of whom are members of the LGBTQ community fleeing emotional, physical or sexual abuse—but also to equip its participants with the tools they need to transcend the circumstances that brought them there.

Youth On Fire has transformed into something more than just an outreach program; within its walls resides a close, caring community in which many young adults in the area have found refuge from the often-harsh lives they lead.

This is why the news that proposed state budget cuts would leave the program without enough funding to continue is devastating not only to these individuals but to the Youth On Fire family as a whole.

“We are faced with the difficult reality that, unless a new funding source can be identified, Youth on Fire will need to close November 1,” says Carl Sciortino, Executive Director of the AIDS Action Committee, which runs Youth on Fire. “We have lost a third of the programs funding this year already due to state budget cuts, and our main funder has let us know we’ll no longer be eligible for funding with them after November 1. We remain committed to finding a solution, but time is running out and we needed to let the community know what was happening….There really isn’t anything else like it out there, and our young clients, who are extremely vulnerable to a host of health disparities and life challenges, don’t have many options if Youth on Fire has to close.”

A recent statement released by the AIDS Action Committee explains that Youth On Fire receives around 64% of its funding from the state’s Office of HIV/AIDS—funding that will run out for good in November, leaving the program with no choice but to close its doors. The combined impact of this loss and previous funding cuts leaves Youth On Fire lacking around $300,000 annually, an amount that the AAC simply cannot obtain without state assistance.

However, those committed to Youth on Fire are determined to put up a good fight. “We are appealing to Governor Baker’s administration, state lawmakers, the city, and other key stakeholders to help us find a new, adequate, sustainable funding source,” said Sciortino. “Many of our partners and allies have asked what they can do to help. I’d encourage people to contact the Governor’s office and let him know that Youth on Fire is an important program, and encourage his administration to find the funds to keep our doors open and serving our young clients.”

On a more optimistic note, Youth On Fire has managed to overcome similar situations in the past. In 2014 when the program faced a comparable funding predicament, the community rose to the occasion and, with the help of elected officials and other organizations, were able to convince the state to provide the additional funding needed to keep the program functioning. This time nearly 24 state lawmakers are pressuring Gov. Charlie Baker to bridge the monetary gap that, if left unfilled, will mean the end of Youth On Fire. Prominent among these lobbyists is Sen. Julian Cyr who took action last Wednesday by writing a letter to Baker and Marylou Sudders, the secretary of health and human services, to implore the administration to do whatever it takes to keep the program afloat. This letter has been signed by five other senators and 17 house members.

Ann Scales, a spokesperson from the state’s Department of Health, told Spare Change news via email that “Because the state budget process and [DPH’s Office of HIV/AIDS’s] procurement process are ongoing, DPH was not able to make a firm funding commitment but all at the table expressed support for the work of Youth on Fire and committed to providing funding decisions as soon as these processes permit..”

The deadline for procurement applications is Friday, June 9, and award announcements are expected late summer. Scales said that the “most competitive bidders will be selected for funding.”

Scales added that following a meeting in May with Sciortino and program staff, several DPH Bureaus and representatives of the Mass. Commission on LGBT Youth committed to active participation in sustainability planning for Youth on Fire.

It is unclear what the future holds for Youth On Fire and the many young adults who rely on the program and the services it provides. However, there’s no doubt that the passionate people behind Youth On Fire will continue to fight for the program against all odds, and, with support from committed individuals like Sen. Cyr, they might just succeed in keeping the center’s doors open.

“There aren’t any other programs like ours operating in the Greater Boston area,” said Director of Youth on Fire Mandy Lussier in a statement released by the AIDS Action Committee. “As a program, meeting people where they are in their lives is essential to our mission and the way we build relationships with our members. It’s what keeps young folks coming back through our doors. We want to identify their goals and work toward them, and we often find that their goals are to reduce their own risk from the harm that can come from living on the streets. Providing this safer space means that people can begin to stabilize their lives on their own terms.”