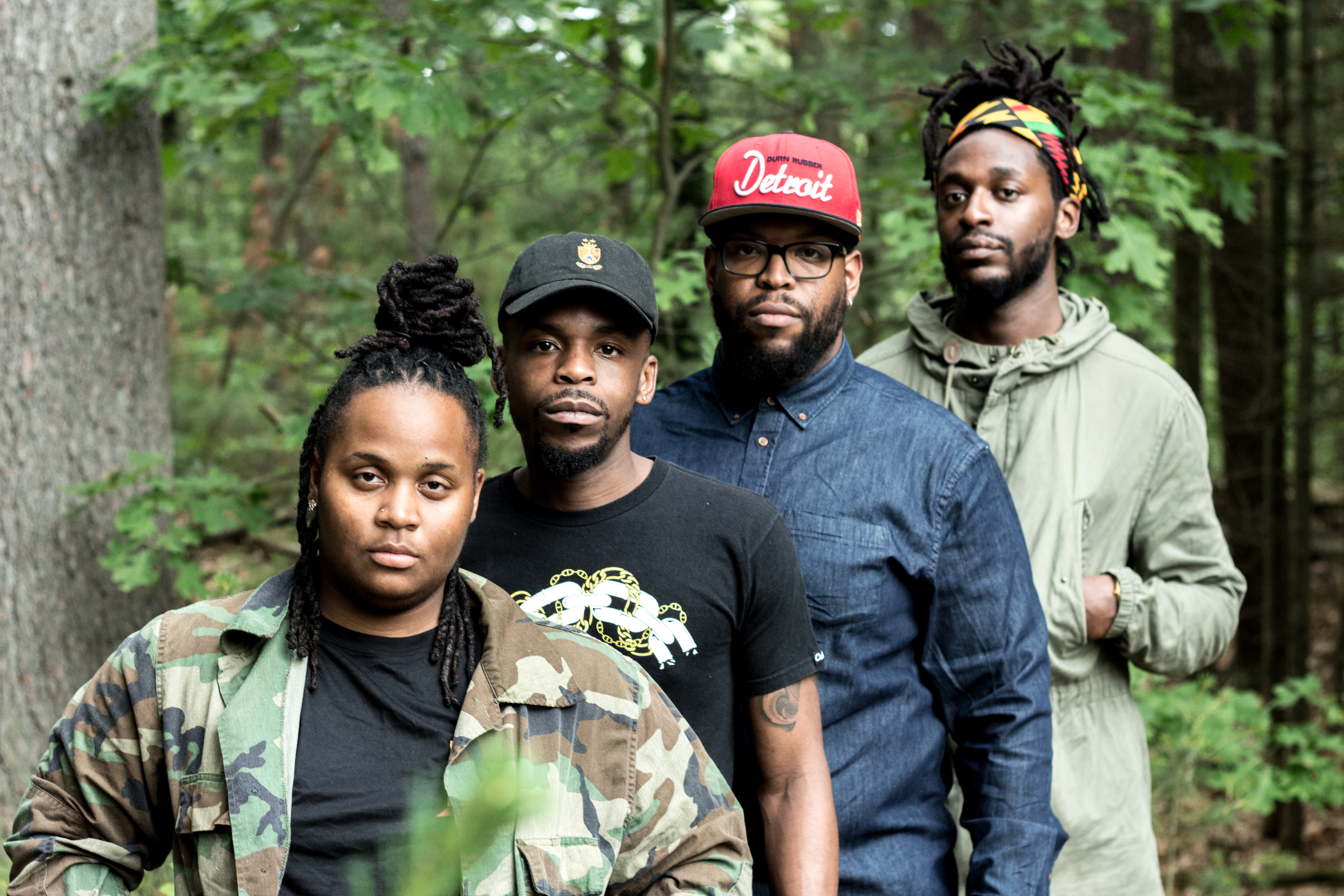 HipStory, a collective of local hip-hop artists, has been a beacon of creativity in the Boston hip-hop scene, and now the cup of creativity has runneth over, resulting in the HipStoric Summer tour, set to launch in Boston and visit other parts of the country such as New York City and New Orleans throughout July. Spare Change News spoke with three of the artists featured on the tour: The patriarch of the group, Cliff “Cliff Notez” Desravines, will be accompanied by fellow local artists, Oompa and the co-founder of HipStory, Tim Hall.

“To me, HipStory is about taking identity seriously,” said Hall. “We know that hip-hop was created by a community that’s been marginalized, oppressed and has something to say. With hip-hop, they found the freedom to use their own words to find relief in the things they experienced,” he continued. “For us, our art is how we talk about what is real in our life. We use music and film as a channel to express that. HipStory is about addressing serious shit, but it’s also about having fun and making a living through our art.”

“And good music!” added Notez with a laugh.

Touring can be exciting for any artist and for many reasons. But for Tim Hall, it’s a bit more personal. The Detroit transplant said the artists that represent HipStory are a family, and he’s looking forward to some family time, especially after the many hours of turning this Indiegogo campaign into a solid tour.

“I haven’t been on a multi-state tour before, and it’s exciting because it’s something we’ve worked so hard for, and it’s something we created,” said Hall. “There are so many sacrifices we’ve made in our own lives for people to see that we are capable of this,” he continued. “The tour is also important to us because it shows people who we are, and it gives us more brand recognition.”

Hall, who will be supporting his most recent release “Color of My Soul” on the tour, pointed out the significance of hip-hop in today’s political climate. Although he doesn’t aim to be political with his music, his circumstances growing up as an African American have given him experiences that translate into songs in a political way.

“Most of us in HipStory are black, and one thing about being black—at least how I see it—is that I can’t take my skin off, and my existence in and of itself is a resistance. Knowing that is what pushes me to make more music,” said Hall. “On my album, I’m not specifically trying to be political, but because of my circumstances and what I’ve been through, much like the others in HipStory, it’s just a part of who we are. It’s not this well thought out plan to be rowdy and angry. It’s just how it is.”

Oompa, the Roxbury native who released her debut album titled “November 3rd” with HipStory, feels that it’s sometimes necessary or inevitable to blur the line between having her music be angry and be unifying.

“When I’m creating, I don’t try to avoid being angry, I don’t try to avoid feeling, or actively try to avoid being divisive, but at the same time, I’m not worried about displaying any of those things,” said Oompa. “I think anyone who is aware of black history will see it is as truth because I’m putting it out there, and they won’t see themselves on the opposite side of that. That’s an opportunity to unify right there,” she continued. “I don’t think we need to worry about what is angry or what can actively unify, because I honestly think they can be one in the same.”

Notez has worked tirelessly on his new album, “Where The Sidewalk Ends,” for half a decade—an album that focuses largely on the oppressed psyche of the African American man. And while admittedly a labor of love, a big reason for the delay was his own exhaustion while trying to process the topics he’s covered in the LP. However, it was his knowledge of being responsible for a larger purpose that helped him push through that exhaustion.

“It gets tiring writing about these topics every fucking day,” said Notez, with a chuckle. “I’m not trying to be overtly political on the album, but I do touch on a lot of different things in relation to that. The album is dealing with the struggle of feeling like I don’t want to talk about this, but I know that I have to. I’m exhausted talking about this stuff, but I know if I’m not talking about this, nothing is happening.”

Hall followed up on the founder’s thoughts, explaining his own connection to the new album.

“When you’re born into an oppressed identity, it’s bigger than the present. So you’re not always caring about what’s happening to you, but what’s happening to other people. I’m not just carrying what’s happened to me in my 30-year lifespan, but I’m also carrying the history of the individuals like me. We’re born with these responsibilities. We don’t have the luxury of not knowing our history or not being aware of it. There’s no other thought process, and it is tiring because it’s such a goliath in our existence, but it’s what we live with. We’re beginning a new cycle of resistance, of having to fight what’s been going on for generations.”

The hip-hop collective kicks off its maiden multi-state voyage with a show in Boston on July 8.

There are also several more members of the collective who have their own music to share with the masses.

And yet, what they are looking forward to most is reaching out to the followers and fans they’ve reached with their music and their message. Hall is excited to see how the crowd reacts to the music and how the music engages the crowd.

Cliff Notez released his new album, “Where the Sidewalk Ends,” on July 4. The album and past HipStory projects can be found at http://hipstory.org/music.