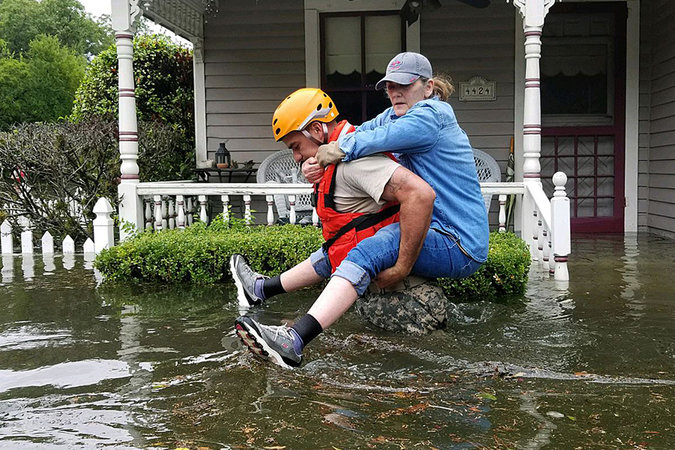 With residents of Texas and Louisiana struggling to recover from what has now been classified as the worst rain event in U.S. history, Bay Staters will soon have a chance to discuss and learn more about extreme weather events.

Karen Price is environmental co-chair for the League of Women Voters of Massachusetts. The League is co-sponsoring an event in September that will focus on extreme events and climate change, what we know and what we can do.

“We don’t want to scare people,” Price said, “but residents should know what is in store if we do nothing to change the pace of dealing with climate disruption—or don’t do enough.”

Price noted that the event was planned months before Hurricane Harvey slammed into Texas and Louisiana.

The event will begin at 7 p.m. on Thursday, September 14, at the New England Aquarium. It is free and open to the public, but registration is required through the aquarium’s website.

Right now, the nation is focused on the deaths and rescue efforts in the wake of Harvey, but Price said the forum will focus on a recent sea-level-rise mapping project conducted by Professor Ellen Marie Douglas, an associate professor of hydrology at the School for the Environment at the University of Massachusetts.

“She has actually gone into Boston communities and shown how their communities are likely to be impacted,” Price said, “so that the residents can become engaged and take responsibility for the future of their neighborhoods, even though they may not see these things in their lifetime.”

Douglas will be the featured speaker at the event, which is co-sponsored by the New England Aquarium, the League of Women Voters of Boston and of Massachusetts and the University of Massachusetts Boston School for the Environment.