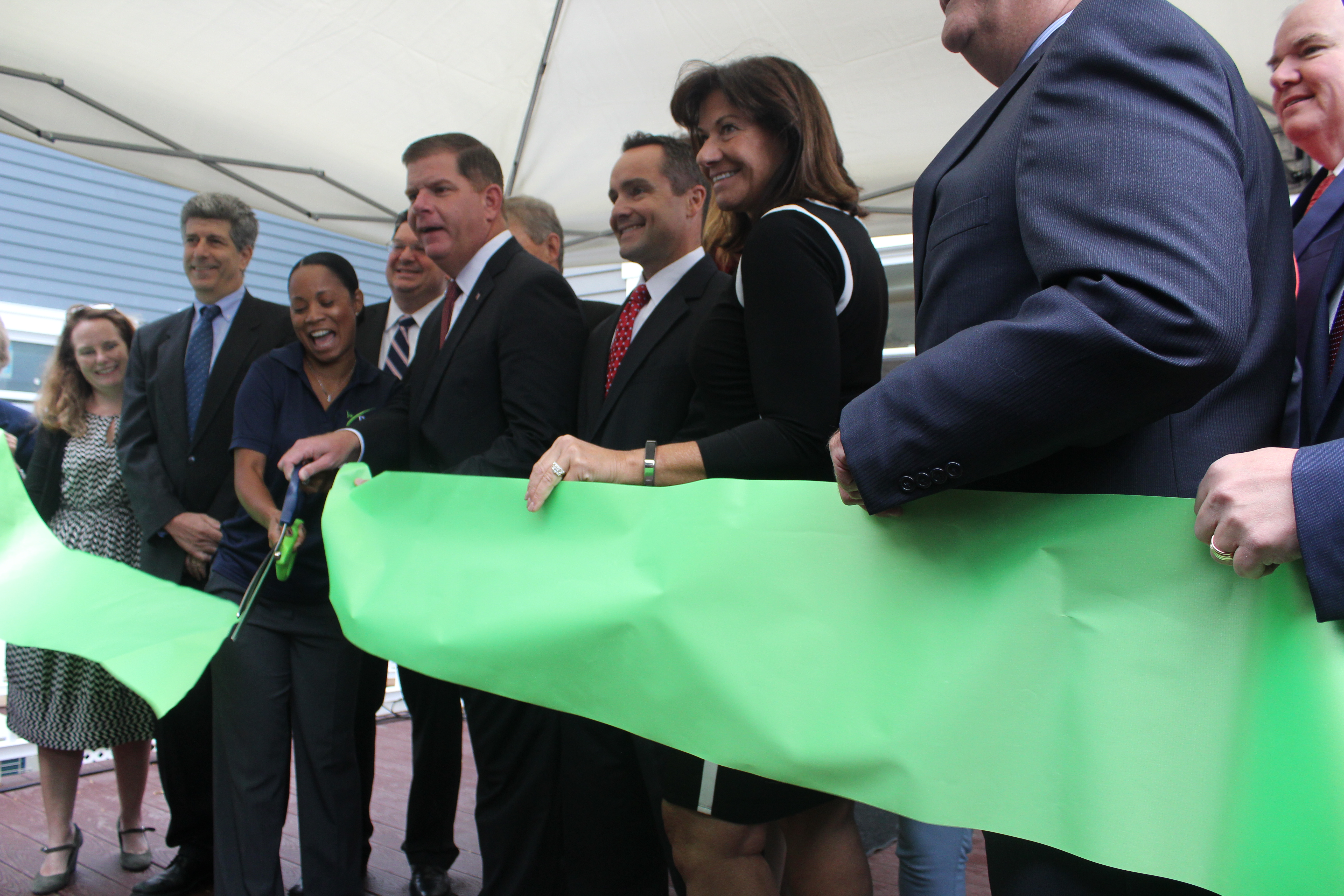 On Friday Sept. 22, Bridge Over Troubled Water opened a new expansion for a transitional home in Brighton in an effort to double the amount of housing it can offer to homeless young adults in Boston. The new house offers meals, in-house counseling and employment assistance among other services.

“We don’t call this a shelter, we call this a home,” said Elisabeth Jackson, the executive director of BOTW, from a podium at the ribbon-cutting ceremony.

Located on Abby Road, the newly renovated house hosts young men and women from ages 16 to 24. A second wing is under construction that will house single mothers, and its completion is slated for Oct. 30. The renovations total $4.5 million and include contributions from the city of Boston, the state of Massachusetts, Liberty Mutual, Yawkey Foundations and the National Football League.

“You’re transitioning, turning into an adult, and it’s a hard issue to raise money for,” Mayor Walsh told Spare Change News. “Bridge Over Troubled Water is that bridge from youth into adulthood, and it’s also a bridge for people who want to be philanthropic and supportive.”

Once the wing for single mothers is complete, the number of units in the building will accommodate 50 people.

BOTW owned the Brighton property for over 30 years and decided to renovate after experiencing difficulties purchasing land elsewhere in the city. Construction started in November 2016 and ended on Sept. 6.

A few female tenants sat in the kitchen while visitors and some media members wandered about. Most were from the original transitional location in Jamaica Plain, they told Spare Change News. While they miss the easy access to public transportation that they enjoyed in JP, they also enjoy the amount of space they now have in Brighton.

Liberty Mutual, a frequent supporter of BOTW, provided the seed money, and city and state funding also helped pay for the project. The National Football League and New England Patriots donated the playground. NFL Commissioner Roger Goodell selected BOTW for the annual NFL Kickoff Community Build project that takes place near the start of each football season and dedicated the park in person earlier in September.

Most of the tenants at the transitional home are in school or are working. Jackson said that education or employment isn’t a “first-spot requirement” for applicants—the only requirement is that you’re young and homeless. However, she does push them to achieve more.

As a demographic, homeless young adults face unique challenges, particularly since many social services systems aren’t targeted at people between the ages of 18 and 24.

“An 18 year old should not be in an adult homeless shelter,” said Jackson. “ Our young people who just became homeless—let’s give them an opportunity now and not let them get in the system.”

While Jackson often references school and college—including an anecdote about one young man from Bridge who is now a Boston University student—she also encourages vocational training for young adults. She pushes them toward a future that helps them stay out of shelters and off public assistance.

BOTW has provided homeless youth services for over 40 years. Its programs include health clinics, residential services, education and professional development and a hotline for runaways.

The results of a 2016 survey found that 502 people across the Commonwealth identified as unaccompanied homeless youth, based on a survey of 2,169 homeless people.