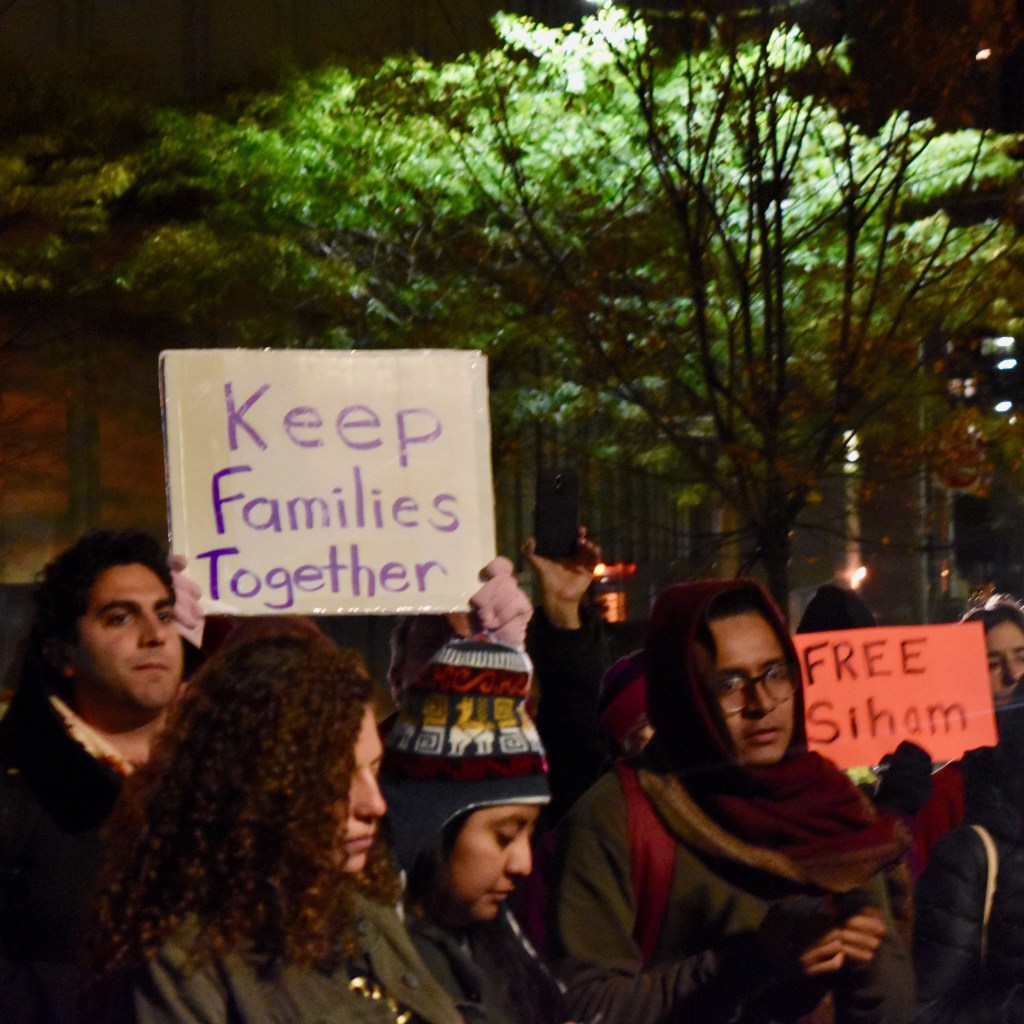 On Nov. 7, Immigration and Customs Enforcement took Siham Byah, a 40-year-old single mother from Nahant, Massachusetts, into custody. Byah faces a final deportation order after attending a check-in at an ICE office in Burlington, Massachusetts. Her 8-year-old son is currently in Department of Children and Families’ custody.

According to a press release from activist group Movimiento Cosecha, Byah has been attending regular check-ins for the past three years. Cosecha added that it is not standard ICE policy to take someone into custody without warning.

Matt Cameron, Byah’s attorney, said that Byah was originally scheduled for a December check-in, but she received a call a couple weeks ago to attend a check-in on Nov. 7.

Cameron said that ICE’s actions against Byah were politically motivated. According to Cameron, Byah is an outspoken activist who organized for a number of issues. “She’s been outspoken on a number of issues, she’s been involved with Occupy Boston. She’s been actively speaking out against the Moroccan government as well,” Cameron said. “She also spoke out in favor of queer rights, women’s rights. A lot of people are very agitated.”

Cameron said that Byah’s case is not unique: he’s dealt with cases where immigrants were punished for speaking out.

Furthermore, Cameron said, Byah being from Morocco places her at a disadvantage with immigration authorities. “Siham is from Morocco and they treat people from different countries differently,” he said.

To speak out against ICE’s treatment of Byah, community activists and members gathered outside of the J.F.K. Federal Building in Boston on Nov. 8 at a protest organized by Cosecha Boston and IfNotNow Boston.

“Siham is not a criminal. Siham was never convicted of a crime. Siham was compliant with immigration…yet they still took her eight year old little boy away from her,” said Malika MacDonald, Byah’s friend, at the event. “For what? For her speaking up? For her standing for all of us who are here today? Siham is a victim, but she is a survivor.”

MacDonald added that ICE’s actions against Byah indicate a threat to the entire immigrant and undocumented community.

“Siham’s only crime according to the U.S. was being here undocumented. Although she was working towards adjusting her status and complying with ICE, they still took her in. It could happen to any of us,” MacDonald said. “While you won’t see too many from the Moroccan community or Muslim community here this evening, it’s because they are living in fear.”

Carl Williams, staff attorney at American Civil Liberties Union Massachusetts, said at the event that the number of deportations were already high under President Barack Obama, and under President Donald Trump, the situation has worsened.

“Under the Obama administration the number of people that were getting deported per day in the United States was about 1,000 people per day,” Williams said. “So when we think of Siham we want to think of what was happening to the 2.5 million people who were ripped away from this country and sent to their countries of origin over that period of time and what’s happening under the current administration.”

Li Adorno, an organizer at Cosecha, said that during harrowing political times, it is crucial to show up to events that protest oppression. “It’s important to show up to events because like her, I’m also undocumented. We have to support each other and build trust in our community,” Adorno said.

Williams said that the power ultimately rests in people, not authorities. “The person who has the most power to change things, that isn’t the president, that isn’t some senator, that’s us,” Williams said. He added that it is crucial to support organizations like Cosecha that organize to “protect and defend and empower undocumented and immigrant communities in Boston” and “fight like hell to free people who have been incarcerated, jailed, and caged.”