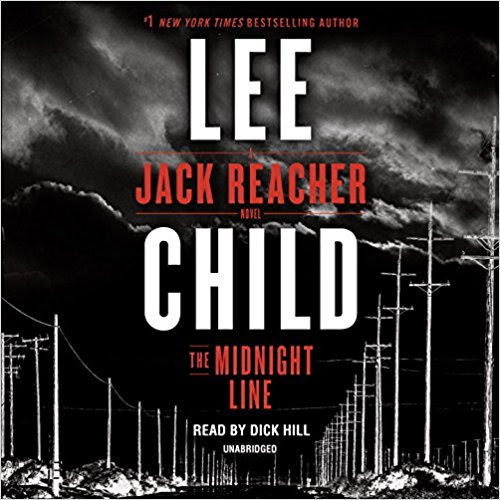 Jack Reacher travels quite a bit. The world is his home. He was an MP in the Army for over 19 years, and, during that time, they told him where to go and how long to stay.

His only real address was his bank machine, which fed him his faithful monthly pension. Reacher traveled light. He only had one set of clothes, and on every third day, he went to an inexpensive clothing store and changed into a totally new set of clothes and threw what he was wearing in the trash.

I thought it was strange that the movie studios chose Tom Cruise to play Jack Reacher in the movie “Never Go Back.” Based on my impression from the books, Tom Cruise doesn’t fit the bill as a Jack Reacher, but it turned out okay.

There are now 22 Jack Reacher books; Lee Child writes one a year.

Last year, he put together a book of short stories about Jack Reacher, and it was the only year I can remember that two Reacher books came out. I bought both of them. I really like the Jack Reacher books. Reacher is a smart and affable character that you get to like, and Lee Child is a dynamic writer. Once I started reading one of the books, I couldn’t help but finish it within three days or even fewer.

At the beginning of “The Midnight Line,” Jack Reacher and Michell Chang decide to break up. As far as Reacher goes, he’s not surprised because he’s not the type of guy to settle down in one place, and most women don’t seem to like that.

Reacher walks into a bus station and buys a ticket for the first bus out to it doesn’t matter where. That’s just what he does. He rode the bus for a while and then, when it stopped for a comfort break, he took the advantage of walking around whatever section of town he was in.

There was a pawn shop in this town, where Reacher saw a West Point graduation ring in the window. He was a graduate of West Point, and it interested him why someone who worked so hard to get the ring would give it up and pawn it.

He walked into the pawn shop and asked to look at the ring case. He picked up the West Point ring and looked it over. It was engraved with the former owner’s initials. It was a small ring; Reacher realized that it likely belonged to a woman.

He bought the ring and decided to track down whoever earned it. He questioned the pawn shop owner who, after a prolonged discussion, divulged the name of the seller. Tracking a ring like that is checking its Provenance.

The broker said that the guy who sold him the ring was Jimmy Rat, who could be found at a bar that would have several motorcycles parked out front. The broker advised Reacher to leave Jimmy Rat alone, which, for Jack, clinched the fact that he was going to follow the trail of the ring.

Reacher found the bar, or, more correctly, the shack, with seven motorcycles sitting out front. Another motorcycle pulled up and parked next to the others. He asked the rider, after he had shut down the bike, if he knew Jimmy Rat. The guy glanced to the left and focused on one of the bikes and then turned back and said that he didn’t know the guy.

So Jack knew the bike was owned by the Rat, and he went into the bar for a drink. One biker got up from a bar stool and went to the men’s room. There was no drink in front of the stool, so Jack sat down and then one of the bikers said that the seat was taken.

Jack said that there was no drink there and no name on the seat. Jack asked for a coffee, and the bartender said they didn’t have any. Jack asked another biker if he knew Jimmy Rat. The biker glanced at a little guy sitting at the end of the bar and looked back at Jack and said that he didn’t and that this was a private party and Jack should leave.

For Jack Reacher, this was an invitation. He looked at the little guy and said that he was interested in the sale of charitable donations. He took out the ring and spun it on the counter.

This is how the trouble started. “The Midnight Line” is a great book by Lee Child. I highly recommend it. I have a signed copy. I collect books like that. How many opiates can a solid gold West Point ring buy?